‘After the Wrath of God: AIDS, Sexuality & American Religion’ by Anthony M. Petro

‘After the Wrath of God: AIDS, Sexuality & American Religion’ by Anthony M. Petro 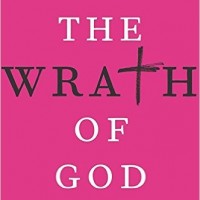 “God Hates Fags” might be how a many folks summarize the Christian Church’s relationship to the AIDS epidemic. However, Boston University Religion Professor Anthony M. Petro offers in his new book, After the Wrath of God: AIDS, Sexuality & American Religion (Oxford University Press, 2015), a truth beyond the stance on homosexuality has long been at play.

While never denying the negative impact the Church has had (and has) on the crisis, Petro offers a nuanced and often over-looked reading: the AIDS epidemic enabled some factions within American Christianity (arguably what we may now call the Christian Right) to create a “national movement for sexual reform, one that sought to correct the purported moral declension witnessed in the 1960s and 1970s.”

Homosexuality was merely one fish the Church wanted to fry within their larger ocean of concerns, with AIDS acting as a very wide and effective net following the rise of the Sexual Revolution, and in the aftermath of post-Vatican II.

So while After the Wrath of God is a book about HIV/AIDS, it is also very much a cultural history of Christianity in the US through the lens of the beginning of the AIDS crisis, from a specific viewpoint. Petro does not, for example dive into the ongoing and heated discussions around the Black Church and the epidemic, maybe rightfully understanding others may best to tackle that important ongoing conversations. Instead, Petro tends to focus more broadly thinking about the relationship between the Church and AIDS for all Americans. Petro writes, “The epidemic provided divine evidence for God’s sexual morality. Christian or not, and for better or for worse, we live with that morality today.”

His scholarship is part of an important body of work coming from the academy looking into the silence, violence, and activism of what we understand as the early years of the epidemic. These works include, but are not limited to: Jennifer Brier’s Infectious Ideas: U.S. Political Responses to the AIDS Crisis (which Petro praises and makes solid use of in his book); Sonja Mackenzie’s Structural Intimacies: Sexual Stories in the Black AIDS Epidemic; Adam Geary’s Antiblack Racism and the AIDS Epidemic: State Intimacies; and Tamar Carroll’s Mobilizing New York: AIDS, Antipoverty, and Feminist Activism.

To make his argument, Petro focuses on C. Everret Koop; a selection of Catholic texts responding to AIDS; and “Stop the Church”, a 1989 action by ACT UP and WHAM where NYC’s St. Patrick’s Cathedral was protested.

Starting with Koop, it becomes clear history. The American public, nor Petro could have conjured a more formidable and unlikely figure. If Hollywood feels the need to make another AIDS Crisis Revisitation film with a white man as the protagonist, a Koop bio pic would be my first choice. Before he became the nation’s Surgeon General, appointed by President Reagan, Koop was an evangelical anti-abortion, anti-right-to-die advocate with little administrative experience but a long practice as a medical doctor, making him an ideological fit with the administration, but a seemingly bad one for the job. He surprised everyone though, upping the visibility of the office and providing leadership from the government when it was sorely lacking.

Among Koop’s most famous actions was the 1988 mail out of Understanding AIDS, sending 107 million copies of the pamphlet to homes across the US without the Reagan’s approval. It mentioned condom use, and did what the administration for the most part had not been doing: educating the public on how HIV is—and is not—shared.

Petro dives into Koop’s action around this time, including the 1986 lecture tour he went on to, “share his message, one that increasingly blurred the lines between the gospel of condoms and the gospel of Jesus, as the surgeon general’s sphere of influence came to encompass that of the itinerant public health preacher.”

In recent years, Koop has become seen as somewhat of a liberal lion who fought back against the administration’s stonewalling around AIDS. Petro offers a reminder that for all his pragmatism, Koop was also still a conservative who “favored abstinence and monogamy, not simply as scientific measures to prevent the spread of AIDS, but as moral lessons—anything else was ‘fool-hardy.’”

Petro’s reading of Koop enforces his thesis, for the Christian Church, HIV/AIDS ushered in ongoing negotiations between faith, the duty to care, and a constructed morality, which according to some, was under attack within the US.

This attack was made flesh with “Stop The Church.” Here Petro engages in what academic Alexandra Juhasz calls Queer Archive Activism, mobilizing the archive for deeper and nuanced consideration for healing, possible activism, ect, in the present. He tracks reactions to the action through newspaper articles, newsletters, and letters to the editor—inside the Church and ACT UP—concluding on letters which move beyond an ‘Us’ versus ‘Them’ dynamic.

He quotes Terry McGovern—who among her many accomplishments, was a vital part of the team who fought to get the FDA’s definition of AIDS to include women—who wrote, “ As a descendant of the Irish who built the cathedral, and dedicated that cathedral to new and better lives free of political persecution….I thank those of you who disrupted that mass.”

Earlier in the chapter on “Stop The Church” Petro quotes a demographic study of ACT UP done at the time which found more than 78% grew up religious, with 38% still retaining a faith in adulthood. Often lost amid discussions of the early days of AIDS and the Church is the fact that in the pews and on the pulpits were people deeply impacted by the virus—including those living with HIV—who were doing what they could to mobilize care and action. “Stop the Church” while seen as a criticism of the Church, was for some, like McGovern, also a reconciling of AIDS activism with their faith.

While many within the Church may prioritize the long term concerns for the soul over immediate material suffering that is not the whole story. One of Petro’s achievements with After the Wrath is to illustrate there is too much mutuality and interconnection between the Church and the ongoing response to AIDS for a simple division to be possible. The spirit and the virus are enmeshed. The Church shaped the response to AIDS, and AIDS shapes the Church.