‘Theatre of the Unimpressed: In Search of Vital Drama’ by Jordan Tannahill

‘Theatre of the Unimpressed: In Search of Vital Drama’ by Jordan Tannahill 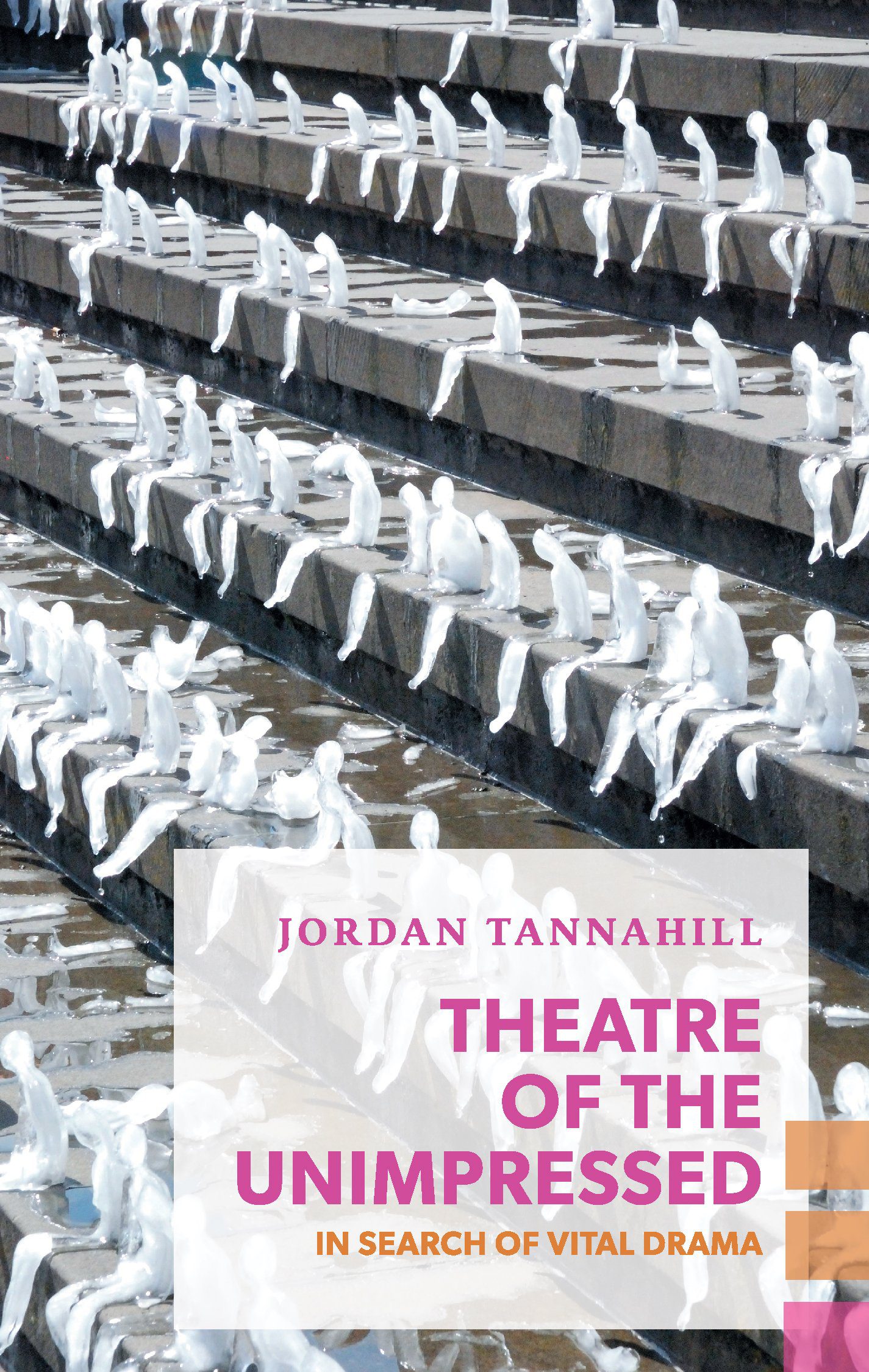 I’m the perfect audience for Jordan Tannahill’s book Theatre of the Unimpressed. I go to a play or live performance every couple of months as a special treat. Most of the time, I leave the theatre thinking, “I guess I’m glad I saw that award-winner, so now, I know what people are taking about,” or “I’m not sure what all the buzz is about.” Few shows stick with me for a long time.

Tannahill is an award-winning playwright and theatre director from Toronto. He helps run Videofag, a miniscule alternative art space in Toronto. He practices what he preaches, so he’s the perfect person to criticize the popular blockbusters and hollow Broadway spectaculars that make up so much of today’s theatre-going experience.

One of Tannahill’s central critiques revolves around the “well-made play.” Adopted in the early nineteenth century, this concept describes a play in which the crucial part of the story has taken place before the onstage action, and the climax comes late in the play to explain the drama that just appeared on the stage. Oscar Wilde’s The Importance of Being Earnest, Tennessee Williams’ Suddenly Last Summer, and Tracy Letts’s August: Osage Country present textbook examples of this formula, offering speeches that disclose crucial information only at the play’s very end. Tannahill argues that this kind of stage realism does not exploit the possibilities that live theatre offers.

Tannahill also explores the lack of risk and the avoidance of failure in most contemporary fare. He summarizes Jack Halberstam’s recent book The Queer Art of Failure, which offers failure as a form of resistance to capitalism and heteronormativity, where queerness can exist outside society’s view of “success.” He also discusses Samuel Beckett’s striking stage images and theatrical situations that trade in poetic logic rather than in naturalism.

Between these two major critiques, Tannahill points out a series of other issues that limit new productions. Dramaturges try to turn new plays into something that the playwright didn’t intend. Companies repeatedly perform “museum theatre” in fixed ways, when updated staging or creative casting could reinvigorate an old chestnut. Stage companies need to fill large single-use commercial spaces with subscription theatre attendees.

As solutions, Tannahill points out the advantages that live theatre offers over filmed presentations, and the unexpected possibilities of web-based performance. He offers examples of the authentic “life” that a spontaneous actor can bring to a performance. Tannahill also offers plenty of examples of successful shows that he’s directed or seen. He generally avoids academic terms and assumes that readers are not theatre queens who will automatically be familiar with every play and playwright he mentions. Yet, Theatre of the Unimpressed is for thinking theatre supporters, not casual matinee goers.

Tannahill believes that one bad experience can turn a person off from the theatre forever. That hasn’t happened to me yet, but I’m now going to make an effort to see more truly live theatre that exploits the possibilities of a live performance and that introduces some risk into my theatre routine. For the first time in quite a while, I’m looking forward to going to the theatre again.

Howard G. Williams is a coordinator of The Pat Parker/Vito Russo Library Book Group and the chairperson of the long-running Second Tuesday Lecture Series, both at The LGBT Center in New York City. See www.HowardWill.com and www.SecondTuesday.org for more information.