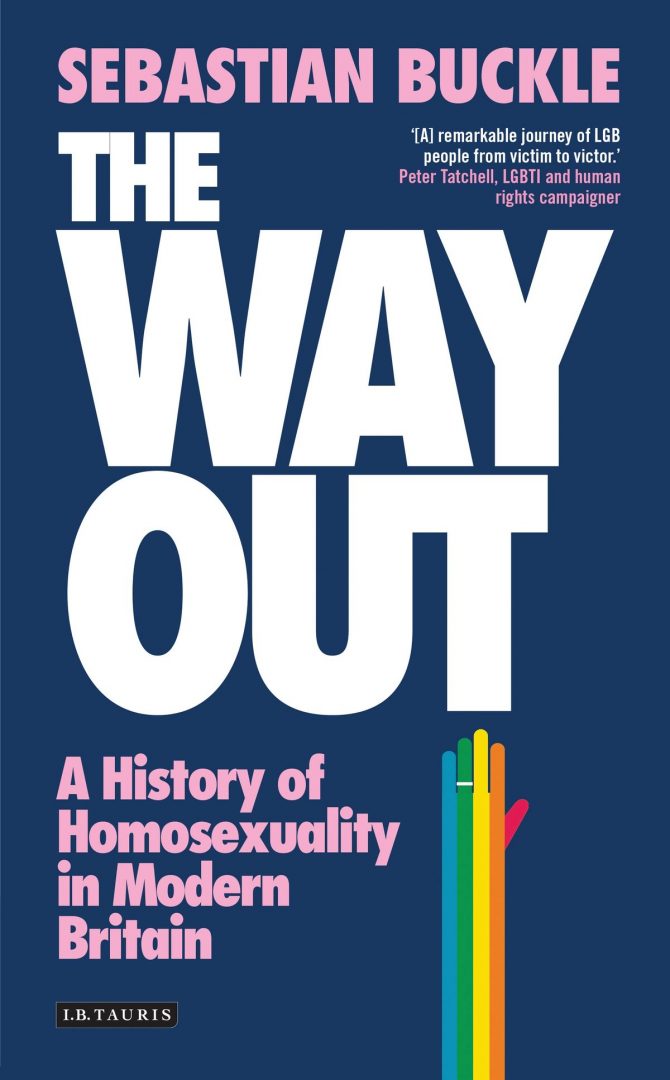 ‘The Way Out: A History of Homosexuality in Modern England’ by Sebastian Buckle

‘The Way Out: A History of Homosexuality in Modern England’ by Sebastian Buckle 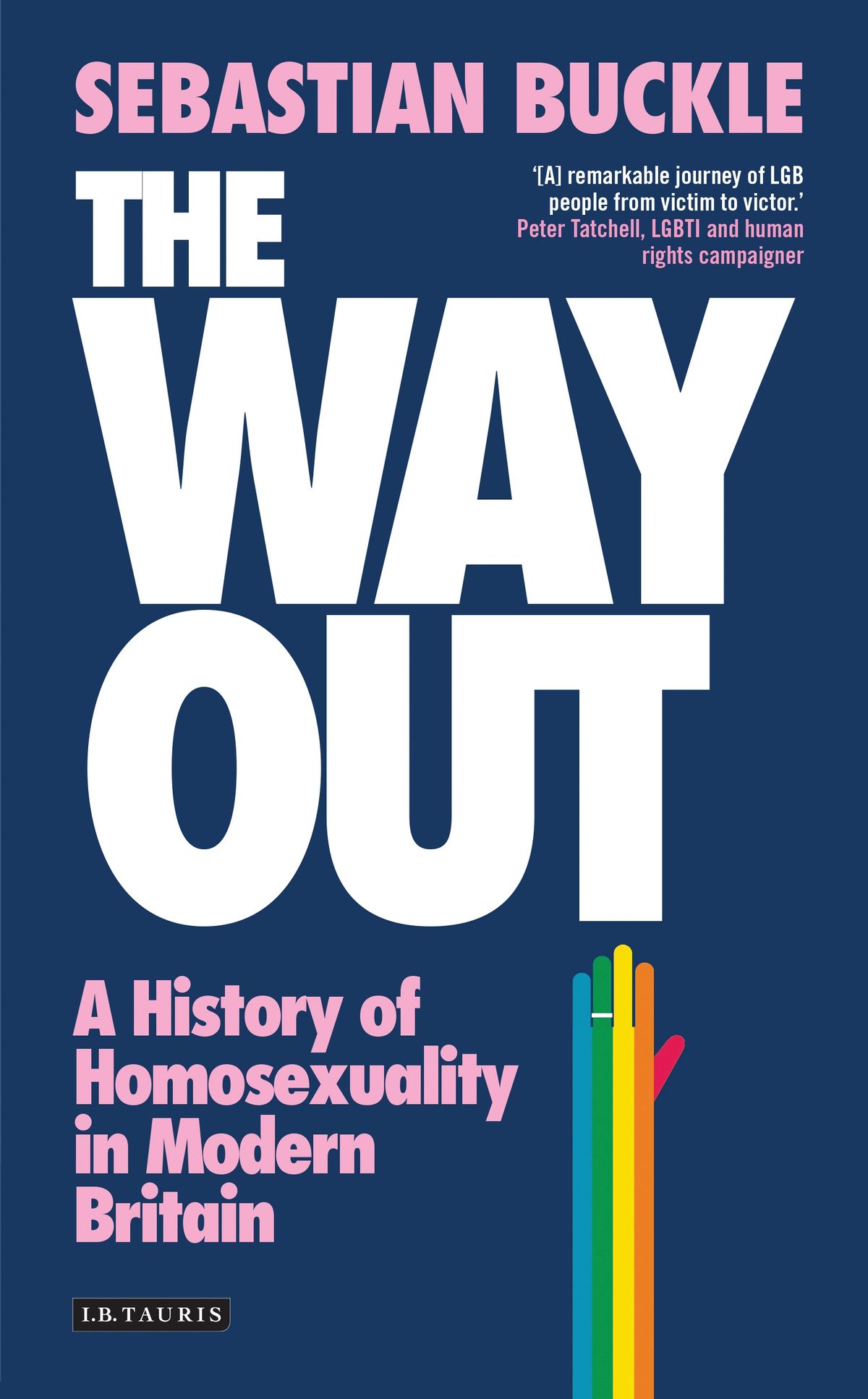 Aiming to “understand the construction of sexual identities in post-war Britain,” Sebastian Buckle studies a tumultuous period of nearly forty years, from the partial decriminalization of homosexuality (in 1967) to the emergence of civil unions (in 2004). Though building on the pioneering scholarship of Jeffrey Weeks, Rebecca Jennings, and Matt Cook, Buckle is also interested in exploring how select public discourses like print media (from lesbian and gays magazines like Arena Three and, later, Attitude, to daily national newspapers with liberal and conservative beliefs), television and cinema, and political debates impacted gay and lesbian senses of identity. Instead of a focus on self-created or self-defining identities he’s intrigued by how the complex outpouring and circulation of these public ideas and images influenced individual and group identities.

In The Way Out the familiar historical narrative—the long dark ages of criminalization, self-loathing, and pariah status followed, starting in the early 1970s, by Gay Lib and relative freedom from prejudice—gets tweaked a tad, since Britain’s general population, politicians, and newspaper editors showed themselves as extremely reluctant to believe or embrace any vision of ‘the homosexual’ that wasn’t already associated with hostile stereotypes (such as the predator of children, the pervert, the social poison, the tragic and doomed outcast, and so on).

Buckle’s impressively attentive to infighting and strategic differences within gay groups (those upholding the discreet, conservative, and ‘virtually normal’ model of activism, and others embracing counter-cultural ideas and modes of self-representation). And he’s particularly keen on controversial laws and political maneuvering in the mainstream; the depth of detail will fascinate news junkies. While his discussion of the notorious ‘80s backlash, Clause 28, and the furious, long-lasting debate about lowering the age of consent in a homosexual context is equally thorough and accessible, he’s less clear about whether the voluminous details of pro- and anti-gay politicians and their parliamentary debates and memoranda truly count as influential forms of public discourse.

Elsewhere, there are a few shortcomings with his approach. His arts samplings outside of the political arena are quite minuscule. For example, the survey of popular media representations of gays and lesbians (which problematically excludes literature altogether, for reasons he doesn’t explain) includes just four from the late 1970s to 1990—My Beautiful Laundrette, two TV dramas, and the TV adaptation of Jeanette Winterson’s novel, Oranges are Not the Only Fruit. Even pornography, whose rise to the point of ubiquity in the men’s community seems self-evident, remains untouched as a discourse with a palpable impact.

Sebastian Buckle also tends to treat Britain as impossibly hermetic and isolated; in his study it seems as impervious to outside influences as North Korea. TV, cinema, dramas, magazines, and so on from anywhere else on the planet (never mind the internet) never make an appearance in his survey, as though they could not and did not make any inroads to the island nation.

Altogether, this lapse creates a strange, improbable picture, as though British and foreign creative types never existed and therefore played no role in public consciousness-making. Filmmakers (whether Derek Jarman, John Waters, Rainer Werner Fassbinder), novelists (Maureen Duffy, Alan Hollinghurst, Adam Mars-Jones, Val McDermid, Armistead Maupin), playwrights (Joe Orton, Tony Kushner), and visuals artists (Gilbert & George, Robert Mapplethorpe, and Francis Bacon—aka “that man who paints those dreadful pictures,” as Margaret Thatcher once quipped) are sorely missed in this historical overview. Even widely-discussed pop music figures like Freddie Mercury, Boy George, and George Michael, whose visibility and sexuality were unavoidable, escape analysis. The collective effect: a lopsided impression of both the sheer variety of representations and the volume. The privileging of political debate and newspaper reportage at the expense of other forms of popular discourse raises questions about how these undiscussed areas contributed to British queer identity formation.

As a history of the relationship between minority sexualities and dominant culture over the past four decades in Britain, The Way Out provides a useful account of Britain’s begrudging and fitful progress toward equality. As an inquiry into the relationship between public discourses and the construction of individual and group identity, however, it could use further work.