‘The Brink’ by Austin Bunn

‘The Brink’ by Austin Bunn 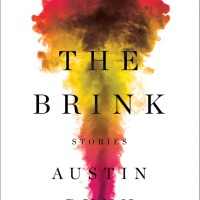 Unless you’ve been living in an underground Y2K bunker for fifteen years, you’ve probably noticed that our culture is currently awash in post-apocalyptic tales. It seems like nearly every TV, video game and YA-book-turned-film-franchise is offering us a vision of life after the end of the world. But what of the time that leads up to the grand finale? And what effect does living in this state of constant low-level terror over the annihilation of everything we know and love have on our psyches?

It’s the exploration and mining of these questions that preoccupies Austin Bunn’s new short story collection, The Brink. In writing this book, Bunn may have helped to pioneer a new genre: pre-apocalyptic fiction.

Having such a well-defined subject for a collection of stories can sometimes result in repetition and redundancy, but Bunn has made the smart decision to interpret his own chosen theme broadly enough to allow for healthy variation. Using this freedom, the author jumps from the actually apocalyptic (a young boy attending a summer school class on how to win a nuclear war during the height of the Cold War), the virtual (an unemployed gamer grieving the impending phase-out of his favorite RPG), the romantic (a man who comes out late in life and gradually falls out of love with his straight best friend), and the small, seemingly insignificant moments in life when your world changes forever in ways you could never predict (a man entering his basement to find a gruesome package awaiting him).

Bunn also makes some attempts at playing with his style and format from story to story, with varying levels of success. By choosing, for instance, to replace the word “and” with a plus sign—in a story about the final days of a young man in a suicide cult—doesn’t add anything meaningful to the text. In fact, it works to distract from the otherwise innovative, emotional and well-crafted story in question.

The Brink is a fast-paced, slim, engrossing collection that reminds its reader of one of life’s most essential truths: we’re always on the cusp of something new, and every passing moment, for better or worse, changes us from the person we were a mere second ago, who is obliterated forever. Whether Bunn’s debut turns out to be one that sticks with me forever or is simply enjoyed for a moment and then pleasantly forgotten remains to be seen, but either way, I’m excited to read whatever comes next from him.

A Book Looking Backwards and Forwards at Once: Sarah Schulman's Let the Record Show: A Political His...
'Everything Must Go' by La JohnJoseph
New History Exhibits, Recent Research Findings, and the VIDA Count