Out of the Dungeons and onto the Bookshelf: Leather Writers in a Post-‘Fifty Shades’ Literary World

Out of the Dungeons and onto the Bookshelf: Leather Writers in a Post-‘Fifty Shades’ Literary World 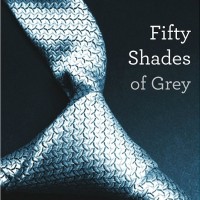 “We as artists and creative people are always caught between the cultural reality we live in as members of an alternative sexual underground and the corporate retail world’s constant need to discover the ‘next big thing.'”–Cecilia Tan

Last month, when E.L. James’ novel Grey—the follow-up to her Fifty Shades of Grey trilogy—sold over one million copies in its first week on the market, I started to think about the inevitable impact that her work has had on the literary world. Sure, the books have become the punchline of so many jokes amongst writers and kinksters alike, but they have also positively changed the leather literary landscape. As I thought about the way my own novels, which are not erotica but which do contain leather content, have benefited from the doors opened by James, it quickly became clear that queer leather writing as a genre is different in this post-Fifty Shades world. 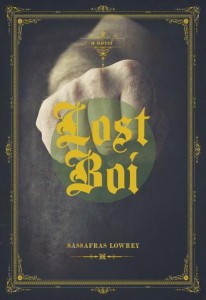 The more I thought about how Fifty Shades of Grey has impacted my literary career, the more I was curious about how other kink authors were seeing the effects of the series. I was lucky enough to get to talk with Laura Antoniou and Cecilia Tann to discuss the phenomenon. Antoniou’s Marketplace series was and is groundbreaking in the genre, and her novel The Killer Wore Leather was a Lambda Literary Award finalist. Tan was inducted into the Saints & Sinners Hall of Fame for GLBT writers in 2010, and she is a recipient of the Lifetime Achievement Award from the National Leather Association:

Laura Antoniou: Monstrous impact. Like a Godzilla footprint. Erotica, romantica and romance had already been taking big market shares, especially with the ease of publishing and distributing e-books. But the Fifty Shades phenomenon raised the media profile of the genres. Even though it was slapped with the insulting and dismissive “Mommy Porn” label, it got millions of people paying attention and provided tons of media access for publishers, authors and even a few sex educators. Now, no one can say that erotica is a niche or a disreputable field; half the PTA is collecting it on their Kindles and talking it up in their book clubs.

Do you think there has been an increased interest from readers in BDSM-focused books since the release of Fifty Shades?

Tan: For the past twenty years, there has actually been a rising appetite for BDSM material, but the mainstream bookstore chains, which control such a huge part of the market, had been suppressing it, cutting back the amount of books by publishers like Blue Moon Books and Black Lace to the point that both those imprints ceased publication. So you had a situation with rising demand and falling supply. The explosion of popularity of Fifty Shades was partly a market correction: all that pent-up demand finally had a target. Then, on top of that, Fifty Shades exploded out of the book realm into a full-blown cultural phenomenon.

For people whose first exposure to a BDSM relationship in a book was Fifty Shades, I’d say it definitely created a hunger to read more like it. There are two reasons for it, I think. One is that people are intrigued by the dominant-submissive dynamic being formalized and talked about, and they want to read more (possibly better) explorations of that. The other is that Fifty Shades is actually a really terrible tease of a series. All the kink is at the beginning, and as the books progress, they get less and less kinky; at the end, they’re a married vanilla couple with their second child on the way.

Do you think there is any benefit resulting from the success of the Fifty Shades books for authors already writing in this genre? 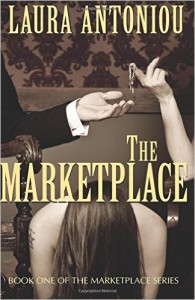 Antoniou: Absolutely. Sales have gone up. However, there’s also a drawback. First of all, the publishing industry is basically very conservative. Everyone wants the “next new hot thing,” but they also want exactly whatever the last new hot thing was. So right now, everyone wants a book that’s a bout an inexperienced, clumsy but endearing lead female being seduced by a wealthy, powerful bad boy with a dark, secretive past, whereupon they meet, get hooked up, fight, argue and grow apart, though she never hooks up with another man since that is a no-no once they’ve been together, and then, eventually, they pair-bond and live happily ever after. Anything not that must have an existing genre or oeuvre to fit into, or it’ll be consigned to small press outlets without the media and advertising oomph to make it a bestseller. It’ll probably still sell, though. I mean, seriously, people are making money writing dinosaur smut.

Tan: Speaking for myself, I’ve seen a huge benefit. Major New York publishers who told my agent for fifteen years that “Cecilia Tan is too kinky for us” suddenly came knocking. I’m currently writing two separate series for two Big Five publishers now, and Slow Surrender, the BDSM novel I published with Hachette in 2012, has won a couple of romance’s biggest awards. And it’s because of the success of Fifty Shades that Slow Surrender can today be sold in Target. I think a third of that book’s print sales were from Target! They’ve finally realized that there’s a market for BDSM-themed books, and it’s not “just for weirdos.”

Do you think there are new audiences for your books as a result of the success of Fifty Shades? If so, how do you reach them?

Antoniou: No question. Now, some of them don’t like my books, because they are not the right formula. But some Fifty Shades readers got through the books and went looking for more and didn’t want or need that formula to enjoy a good novel. Or: they felt they wanted something more, like what I write. I haven’t heard much from people like this, but when I have, they usually tell me they wanted “more” than what was in the James books, and that they found it in mine.

It used to be easier, when Amazon let you put tags on books. These days, I see a lot of authors using design and typography to sort of suggest the Fifty Shades look and feel. Lots of dark covers with inanimate objects on them, right? But mostly, you can only reach the Fifty Shades crowd by advertising and placement with Romance books. So it’s a little challenging for me.

Antoniou: It’s quite an eye-opener to see how many completely non-kinky people writing books about “the BDSM lifestyle” and all the trappings that go with it. Some of them—even authors who probably make much more then I do—ask for tips among the kink community. I find myself giving more advice to people writing stories than I ever have before. There’s certainly a feeling of resentment—like, seriously, ladies, I’ve been doing this since 1991, and some BS story about an ingénue and the improbable Mafia don/astronaut/werewolf dominant who sweeps her away will outsell me by about a million copies. It’s frustrating. But…I still am selling more than ever. And I do get to keep writing what I like, without my small publisher whining about why I can’t write a quick Yeti-spanking story. I also get to sleep at night knowing I haven’t written a Yeti-spanking story…yet. 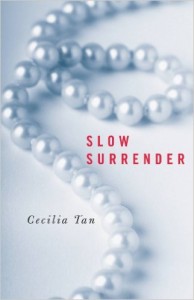