‘To the Dark Tower’ by Francis King

‘To the Dark Tower’ by Francis King 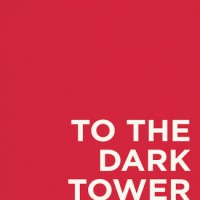 Born in 1923, the British author Francis King penned twenty-six novels, one book of poems and numerous collections of short stories and nonfiction. In the latter category, King wrote a biography of E.M. Forster. In addition to Forster, King associated with J.R. Ackerley, C.H.B. Kitchin and Ivy Compton-Burnett. He served on the British Council for fifteen years, and his service to Queen and country took him to Italy, Greece and Japan. King particularly enjoyed Japan, partly because of its easy acceptance of his homosexuality. After retiring from the Council, the already well-established author devoted himself to writing and taking on paying work as a reviewer of fiction and theater. King died in 2011 at the age of 88, an OBE in one back pocket, a CBE in the other.

To the Dark Tower—King’s first novel and the subject of this review—was published in 1946. King was an undergraduate at the time and all of twenty-three years old. As his career progressed, he was able to treat homosexuality far more openly, and it’s a testament to King’s literary longevity that some of his later novels deal with AIDS. Still, I know what you’re probably thinking: “Why start on the body of King’s work by reading a novel like To the Dark Tower? Do we really need to read one more British novel of manners, one more examination of class, another romance written at a time when homosexuality couldn’t be treated openly?” To this, I answer: “Yes—definitely. Read To the Dark Tower.”

King’s masterful style is already abundantly evident in To the Dark Tower, less flowery and more pointed than Forster, but not without its own kind of poetry. Dark Tower also contains no shoo-in heroes and little to no romance. Instead, it fixes its cold, sometimes even bitchy eye on the darker side of humanity: on violence and domination, on vanity and hypocrisy. So what if homosexuality as a theme doesn’t greet you at the front door of Dark Tower? It certainly greets you at the back door. It imbues just about every page; it lurks around every corner.

King achieves Dark Tower’s unsettling and rather queer postwar vision by making frequent references to ancient Greece—to the brutality of Greek culture as well as to its beauty—and by staging a whole lot of male bonding among its characters. There are a number of romantic friendships struck up among just about every female character, too. The Well of Loneliness gets mentioned. Gender roles consciously come into play. How much more contemporary can you get? Now, thanks to Ryan Cagle and James Jenkins of Valancourt Books—the first couple of nearly lost gay literature–the very modern To the Dark Tower is in print once again.

General Sir Hugh Weigh is Dark Tower’s central character. Like King, Sir Hugh Weigh suffered the loss of his father while still a boy. Some of King’s later novels mine his own biography rather deeply—and this is yet one more reason, in addition to all the Greek references, that King’s oeuvre can be compared to a host of other gay writers’ both past and present. In Dark Tower, however, the autobiographical mining arguably stops there.

Weigh is a widower and public figure by virtue of being a war hero. As mentioned, he is not a shoo-in hero, as he is militant and obsessed with discipline. He holds, moreover, rigid views of what exactly is masculine and feminine. Yet, this same General Weigh befriends an aspiring writer and Socialist named Frank Cauldwell. When Hugh first takes notice of Cauldwell on a beach, he notes that Cauldwell “has a physique if he would only cease to swaddle it in all those clothes.” Later, Hugh wins a stuffed animal at a fair, and he gifts it to Cauldwell. It’s a paternal gesture, perhaps, but maybe also a romantic gesture. On similar homoerotic notes, Hugh is jealous of his friend Mark Croft’s fiancée. He goes so far as to discourage Croft, a fellow adventurer and mountaineer, from ever marrying, no matter who the woman might be. After a visit from Croft, Hugh makes an entry in his diary: “Croft leaves. A queer feeling of bereavement, personal loss.”

The hyper-masculine Hugh is also close to—and even heeds the advice of—his college buddy, the homosexual poet S.N. George. In flashbacks to Hugh’s marriage, we learn that Hugh’s wife Lucy was threatened by George, especially after she’d read a poem in which George tried to “recapture the spirit of a Greek sculpture.” Hugh attempted to assuage Lucy, informing her, “The Greeks thought differently from us, that’s all.” Lucy, however, remained skeptical, complaining, “It’s all your artistic friends. They frighten me…they seem evil, somehow—somehow unhealthy. And when you’re with them, dear, you change…” Thus Hugh is caught between the conformity of marriage and the nonconformity of slumming it with the gays.

By the time we reach the end of Dark Tower, we have learned a lot of unseemly things about General Weigh: he is not really as much of a war hero as the public has been allowed to believe; he repeatedly fooled around on Lucy and, after her death, Hugh essentially gay-baited his son into jumping off an unsafe height, resulting in the boy’s death. Hugh and his only other child, a daughter, have something of an emotionally incestuous relationship. Perhaps most disturbing, looking back on the violence and death he witnessed in WWI, Hugh writes that “it had seemed to me that here was a brotherhood to be proud of—the brotherhood of Slayer and Slain. Those soldiers were nearer than lovers, their hate was more noble [sic] than any love. I saw then the need for suffering and death.”

That’s scary, to be sure. Yet, it might be argued Hugh is both a victim of a culture that has long glorified the “masculine” and “heroic,” and that Hugh’s suppressing something, even if that something else is not homosexuality, but rather bisexuality, non-conformity, queerness, et al.

What truly makes To the Dark Tower not a novel of manners, not sentimental and not romantic, is the complexity of Hugh’s character, which is not without its own kind of redemption. In the end, following the advice of S.N. George, Hugh grants a lonely woman who’s been epistle-stalking him throughout the novel her wish—namely, one night of lovemaking with Hugh. After the act has been committed, Hugh falls to sleep and is later awakened by the woman, whose name is Shirley. “Lucy!” he mistakenly exclaims. “Lucy, my dearest!” Perhaps the Hugh who had come to hate Lucy also loved her. Whatever the case may be, Hugh is a complex character from a violent, complex space and time that in many ways mirrors the present—a Gordian knot of personal and political complexities that might easily trouble our future. This complexity in mirrored in the novel’s other main character, Shirley, a straight woman who runs into Sapphic troubles, and it is mirrored in the form of Dark Tower, which moves the story along through letters and diary entries, as well as through omniscient, third-person narration.

P.S. Valancourt Books has recently reprinted other King titles, too, each with an erudite introduction by other devoted lovers of queer lit.

'Prairie Silence: A Memoir' by Melanie Hoffert
'Suffered From The Night: Queering Stoker’s Dracula' Edited by Steve Berman
Benjamin Alire Sáenz: "I am the luckiest." On Writing Aristotle and Dante Dive into the Waters of th...