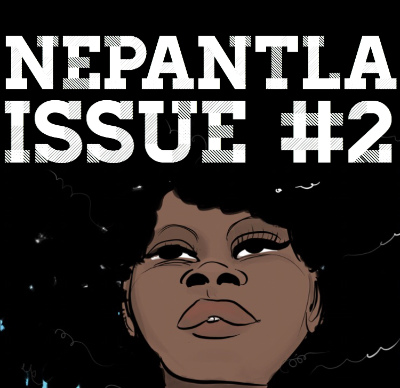 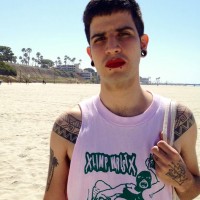 Last year, Nepantla launched its inaugural issue, which published 32 amazing poets and caught the attention of thousands of readers. Nepantla also hosted a national summer reading series and several journal launch parties. This year, we are expanding even more and would like to introduce you to some of the people who will be helping us in this growing process!

Currently, Nepantla is setting up Regional Representatives and Outreach Representatives to ensure that all members of the QTPOC community have access to the journal. We have paid close attention to the demographics of submitters last year. Now, we are working to ensure that our journal is one of diversity and inclusion.

Regional Representatives will be responsible for planning and hosting an event, featuring Queer Poets of Color, in their region. There will be one event hosted per year. Other duties include soliciting poets for each region for publication in Nepantla and helping to promote the journal launch (upon release) in each region.

Outreach Representatives will be responsible for creating and maintaining a list of poets, in the demographic which they are representing, and ensuring that their constituents are notified of submissions. Other duties are contingent upon on the representative, but may include notifying constituents about various literary opportunities (outside of Nepantla). Outreach representatives will be set up for Queer Youth of Color, Incarcerated QPOC, Queer Native / Two Spirit Poets, and Trans/GNC Poets of Color. 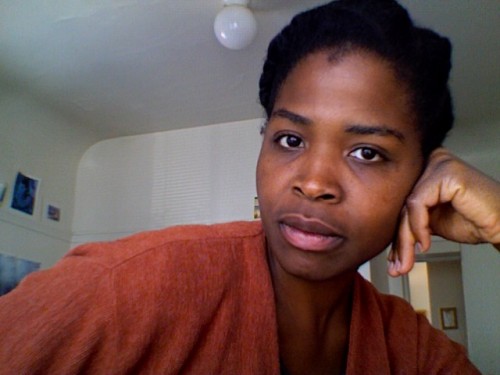 Arisa White received her MFA from UMass, Amherst. She’s a Cave Canem fellow, and the author of Post Pardon, Hurrah’s Nest, and A Penny Saved. Her debut collection, Hurrah’s Nest, won the 2012 San Francisco Book Festival Award for poetry and was nominated for a 44th NAACP Image Award, the 82nd California Book Awards, and the 2013 Wheatley Book Awards. A 2013-14 recipient of an Investing in Artist Grant from the Center for Cultural Innovation and an advisory board member for Flying Object, Arisa is a BFA faculty member at Goddard College. She lives in Oakland, CA, with her wife. arisawhite.com 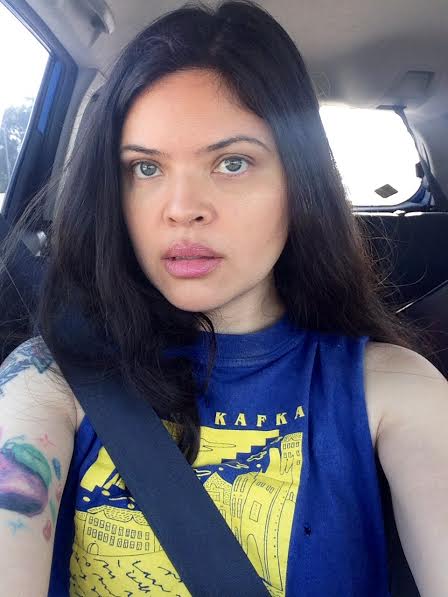 Myriam Gurba is the author of Dahlia Season, Wish You Were Me, and Painting Their Portaits in Winter. She is sometimes mistaken for a white chick. 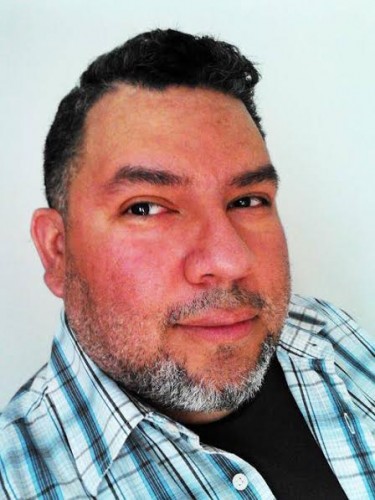 Miguel M. Morales grew up in Texas working as a migrant and seasonal farmworker. He is a Lambda Literary Fellow and a Macondista. As a journalist, Miguel earned the Society of Professional Journalists’ First Amendment Award. He is a founding member of Fabulous Queer Writers of Kansas City and president of the Latino Writers Collective. His work appears in Primera Página: Poetry from the Latino Heartland, Cuentos del Centro: Stories from the Latino Heartland, From Macho to Mariposa: New Gay Latino Fiction, and Borderlands: Texas Poetry Review. 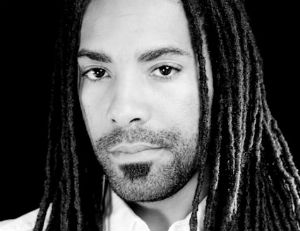 L. Lamar Wilson is the author of Sacrilegion (2013), winner of the 2012 Carolina Wren Press Poetry Series and a finalist for the Thom Gunn Poetry Award and co-author, with the Phantastique Five, of Prime (Sibling Rivalry Press, 2014). Wilson’s poems have appeared in such journals and anthologies as Callaloo, jubilat, The Los Angeles Review, Rattle, The 100 Best African American Poems, and Please Excuse This Poem: 100 New Poems for the Next Generation. Wilson, a Pushcart Prize nominee and Cave Canem graduate, is completing a doctorate at the University of North Carolina at Chapel Hill in African American and multi-ethnic American poetics. 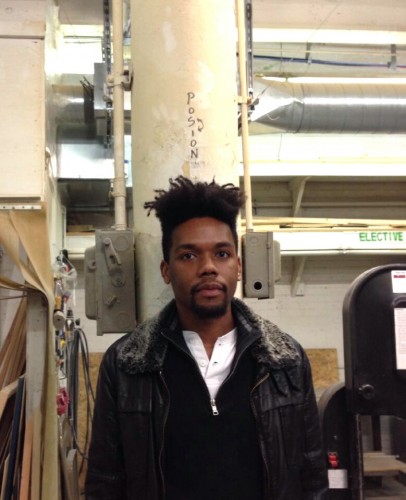 Justin Phillip Reed was born and raised in South Carolina. He is the author of the forthcoming YesYes Books chapbook, A History of Flamboyance. He currently lives in Saint Louis, where he is the Jr. Writer-in-Residence in Poetry at the Writing Program at Washington University. 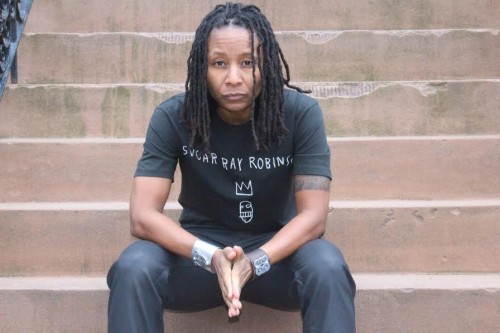 t’ai freedom ford is a New York City high school English teacher, Cave Canem Fellow and Pushcart Prize nominee. Her poetry has appeared or is forthcoming in Drunken Boat, Sinister Wisdom, No, Dear, The African American Review, Vinyl, Poetry and others. Her work has also been featured in several anthologies including The BreakBeat Poets: New American Poetry in the Age of Hip-Hop. In 2012 and 2013, she completed two multi-city tours as a part of a queer women of color literary salon, The Revival. t’ai lives and loves in Brooklyn, but hangs out digitally at: shesaidword.com. 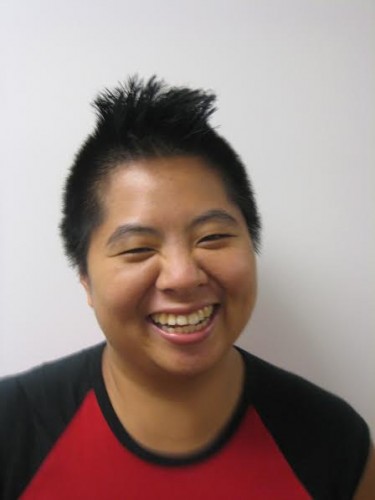 Ching-In Chen is author of The Heart’s Traffic and co-editor of The Revolution Starts at Home: Confronting Intimate Violence Within Activist Communities. A Kundiman, Lambda and Callaloo Fellow, they are part of Macondo and Voices of Our Nations Arts Foundation writing communities, and a participant in Sharon Bridgforth’s Theatrical Jazz Institute. They have been awarded fellowships and residencies from Can Serrat, Soul Mountain Retreat, Ragdale Foundation, Virginia Center for the Creative Arts, Millay Colony, and the Norman Mailer Center. They are senior editor of The Conversant and have served as cream city review‘s editor-in-chief and on the Woodland Pattern board and Wisconsin Poet Laureate Commission. www.chinginchen.com 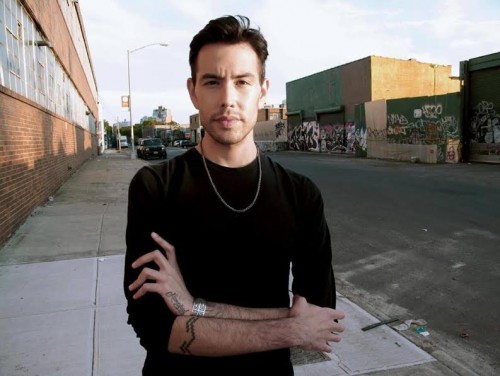 Tommy “Teebs” Pico is the founder and editor in chief of birdsong, an antiracist/queer-positive collective, small press, and zine that publishes art and writing. He was a Queer/Art/Mentors inaugural fellow, 2013 Lambda Literary fellow in poetry, and has poems in BOMB, Guernica, and [PANK]. Originally from the Viejas Indian reservation of the Kumeyaay nation, he now lives in Brooklyn where he curates the reading series Poets With Attitude (PWA) with Morgan Parker. @heyteebs 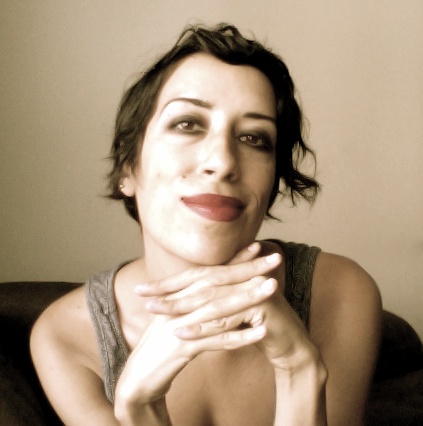 Heidi Andrea Restrepo Rhodes is a queer, mixed-race, second-generation Colombian immigrant, writer, scholar, artist, and activist. She is committed to creative work as a practice of witness, social documentation, historical memory, of radical healing, of provocation to action, and as a tool for liberation. Her poetry has been seen or is forthcoming in a number of literary journals and anthologies, including Kudzu House Review, As/Us, Feminist Studies Journal, Yellow Medicine Review, and others. She currently lives in Brooklyn. 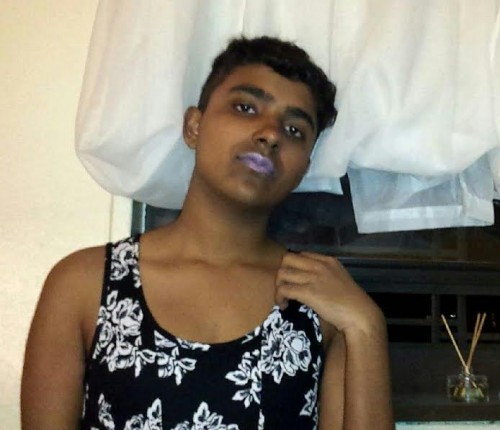 Shaktii hails from Queens by way of a diasporic lineage of South Asian trans-feminine liberation struggle. Through their organizing work and poetry, they strive to carry on and re-awaken trans-ancestral legacies of resistance: defying the state, subverting capitalism, and abolishing the gender binary. Countering trans visibility and domesticity, she commits herself to cultivating a movement grounded in trans-femme failure, disobedience, and dissent, centering trans-feminine & gender non-conforming youth of color at the forefront. When they’re not creating verse, aiding liberation work, or being disrespectful, you can find her chain smoking and running amuck in New York City streets.

If you would like to donate money to help fund the continuation of Nepantla, please click the button below.