‘I Ate the Cosmos for Breakfast’ by Melissa Studdard

‘I Ate the Cosmos for Breakfast’ by Melissa Studdard 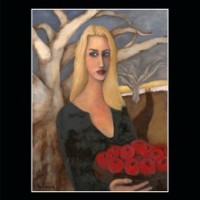 In short, lush lines on expansive subjects, Melissa Studdard deftly guides her debut poetry collection, I Ate the Cosmos for Breakfast, through cycles of time, space and emotion. Its eight microcosmic sections move from genesis to discovery into complications before a loss and culminating rebirth. The cumulative result is a story of identity, love and worlds known and unknown. Along the way, Studdard invites us to gaze deeply into moments of stillness that reveal the beauty of her particular universe.

At the start of the book, Studdard offers a bold new “Creation Myth” that leaves no ambiguity about the world into which she will draw us. “So there God lay,” she writes, “with her legs splayed,/birthing this screaming world//from her red velvet cleft, her thighs/cut holy with love”. This laboring female God who gives of her blood and essence to make “litters/of stars that glistened like puppies,/purring galaxies” becomes the artist-creator “smitten with every imperfect thing.” Through this God speaks the poet of her litter of poems: in the messy, the strange and the unexpected is where we’ll find the epiphanies we seek.

Studdard shows a particular gift for manipulating scale and sweeping metaphor in her work. “Daughter” moves from “bright cells/clung together to be you” to “I could believe/I built the ark that saved humanity” in four brief lines. Meanwhile, “If I Saw the Airports in Your Eyes” insists that if the human speaker saw the physical hints of departure, i.e. bags on a cart, she would expand instantaneously into “the city/with my long neck stretched back./I’d be a tall building burning down”. It’s the beginning of an emphatic and original extended metaphor that—for the speaker—comes to naught, as “the exhaust of you/punches through my sky/like a fist”. In concept, the jump from human lover to such a broad sense of self seems improbably large, but the emotional resonance is so consistently genuine that we believe it.

Though the collection deals much with the surreal and grand, the earthbound moments make for some of the most memorable poetry. In particular, the amusingly titled “For Two Conversion Therapists Who Fell in Love and Became Gay Activists,” insists that “Sometimes God holds up a mirror full of fate/and you find yourself in a King-bed room in a one-hotel/town with No Vacancy flashing amber epiphanies” in a lover’s eyes. The heart holds, it turns out, “all life’s misfits you tried to hide.” Similarly, “The Dream” presents a gathering of objects, places and moments from childhood that amounts to a pet rock, a skinned knee and a “star-tipped wand” sharing space in Studdard’s opus. Such is the dream-synthesis that takes us into the creative process.

An array of artistic and literary influences shine from these pages. A brief, epigrammatic bit of verse, fleeting as a haiku yet vivid as a fragment of Sappho, begins each section. Of particular sensual beauty is Part II’s: “Robe to the floor,/moon inventing skin, slant/of silver, shaped like you”. Studdard’s language is as expansive as Whitman’s in subject and voice. Consider lines such as “What is left to know but that I’m re-writing the formula/for the air between us? Part nitrogen, part oxygen, the rest trace gasses/of love” from “In Another Dimension, We Are Making Love.” Like Whitman, Studdard breaks us down to our bare molecules and reassembles us into beings larger than the sky. Of a different ilk, “For Baudelaire” pays tribute to the Flowers of Evil surrealist’s love of “beautiful decay” that she understands for its artistic worth.

It seems curious that, in a book with such bountiful imagined detail, quite a few poems should use ekphrasis as a strategy. What could paintings give a writer who, on her own, thinks to describe the postpartum mother as “a universe/cooling after a great expanse”? The answer seems to lie in Studdard’s concern with the maker and the made thing. If we each birth our own galaxy and send it out into the universe, inevitably, we will see to one another’s horizons.

The final poem—if taken as a true sentiment—teases us in the vein of the usually beyond trite “it was a dream” story ending: “If I could do it all over again,/I wouldn’t write a damn word. I’d/just make love to you in the meadow”. As it is, one senses that this isn’t so. For all that Studdard shows us of how fraught writing—and living—can be, she can find no greater way to negotiate the cosmos than in lines of verse.

Jocelyn Heath is a MFA candidate in poetry at the University of Maryland, College Park. Her poetry has appeared in Avocet: A Journal of Nature Poems and Poet Lore. In addition to reviewing books for Lambda Literary, she is an intern for Smartish Pace.