Jamie Brickhouse: On Southern Charm, Crafting His Life into a Narrative, and His New Memoir ‘Dangerous When Wet’

Jamie Brickhouse: On Southern Charm, Crafting His Life into a Narrative, and His New Memoir ‘Dangerous When Wet’ 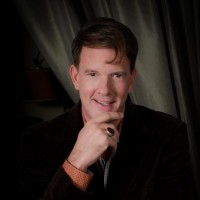 Jamie Brickhouse’s new memoir Dangerous When Wet charts his escape from small-town Beaumont, Texas; much larger-than-life Mama Jean, his devoted, sometimes-smothering, always adoring mother; and booze. He never really could shed Texas or Mama Jean—both are too much a part of him—but he did fight his way into recovery after nearly killing himself with alcohol.

Brickhouse has written for the New York Times, the International Herald Tribune, and the Lambda Literary Review. He is a guest blogger for the Huffington Post and the founder and CEO of the speakers bureau, redBrick Agency. He has also performed stand-up comedy and recorded voice-overs for Beavis and Butthead.

Brickhouse spoke with Lambda Literary about his new book, Caddies, and coming out as HIV-positive.

Between you and Mama Jean, there’s a megaton of sharp-witted, high-diva-ish, hilarious energy. Do you credit the Lone Star State, at least in my part, for these gifts?

Absolutely, but also the South as a whole. There’s the South and the Southwest. And then, there’s Texas. The state once had a tourism campaign that said, “Texas. It’s like a whole other country.” It’s true. Beaumont, Texas, where Mama Jean and I are from, is both purely Texan (a major oil discovery in 1901 put it on the map) and deeply Southern (it’s fifty-seven miles from Louisiana). Mama Jean was as over-the-top as a Texas oil gusher with her Cadillacs, big hair and sayings like “She didn’t know to shit, or go blind, so she closed one eye and farted,” but like any good Southern belle, she had a full set of silver with several china settings and always wrote a thank-you note. When I came to New York City after college, I wanted to shed my small-town Texas roots, but I found that my accent and the sayings that went with it were not only a part of me but actually played well at Manhattan cocktail parties. To borrow a line about fellow redhead Arlene Dahl from the 1950s movie Woman’s World, I am “prime Texas beef with New York steaks in all the right places.”

Dangerous When Wet seems to hold little back; you candidly catalog years of reckless, gin-and-vodka-soaked high times, including some involving the New York publishing world that you’re still very much a part of. Were you ever hesitant about your disclosures?

I faced some hurdles in what I would reveal. In the end, everything I revealed and everything I left out was based on the ruthless decision of “does this story serve and define the overall story I’m telling?” If yes, it went in. If no, cutting room floor. The only people I focus on behaving badly are myself and, at times, Mama Jean. As far as the New York publishing world goes, I didn’t focus on anyone else behaving badly—except for the late Elaine Stritch, but she’s notorious for behaving badly, so I felt that the true story was fair game. Also, the people in publishing who know me know that I battled the bottle. Having a few years of recovery under my belt was enormously helpful in paving the way to revelation, because I was used to sharing my booze-capades and innermost feelings with a roomful of strangers on a daily basis. Writing about high times wasn’t a hurdle, but writing about my suicide attempt took a couple of years to work up to. I worried that writing about the uglier side of Mama Jean was a betrayal, but once I knew it was balanced with the mutual love we had for each other, I knew that I was just telling the truth. The last revelation I wrestled with was disclosing that I’m HIV-positive. I was in the closet about that, and writing this book took me from only letting a few people know, to admitting it piecemeal with an air of apology, to being out and proud about it. I have HIV. It should be viewed like any other chronic condition or manageable disease. It’s not, but it should be.

There are many sharply rendered scenes. For example, early in the memoir, little Jamie has found a kindred spirit in fellow Bewitched aficionado Eric, who “perfectly imitated Endora’s drag-queen mannerisms as he cast spells with a tornado of sweeping arms, arched eyebrows, and sucked-in-cheeks.” How did you reconstruct your own history?

I don’t have a perfect memory, just a very good one. I can’t vividly reconstruct most of my childhood, and certainly not most of my foggy drinking days, but I can reconstruct those moments that were seminal and crucial and seared onto my hard drive like a cattle brand; there’s that pure Texas beef coming out. Like a good Southern boy, I’m a storyteller and have been telling many of the stories in my book for years: Mama Jean’s “two kinds of sex: oral and anal” and “Have you been bare backing lately?”, Eric as Endora, the Acapulco ménage à trois deflowering and the dwarf in the bookstore, are all old chestnuts of mine. So the memories were as clear as Waterford crystal when I reconstructed them on the page. I did ask friends and family (that sounds like a phone plan) to verify certain stories. For instance, I wasn’t sure that my very early childhood memory of Mama Jean pulling me from my crib through the bedroom window and fleeing the house had happened. My older brothers not only verified it but also filled in the details around it, which I’ve included in the book. The story shines light on my Dad and Mama Jean’s marriage and my role in between. The bigger task wasn’t reconstructing my own history but making sense of that history. The revelation was in the writing.

The memoir runneth over with memorable lines—“I had no business being a child;” “Fireworks of hair teased up to God;” etc. What else have you written, and are you working on another project?

My big hit before selling Dangerous When Wet was “Googoo and the Pussycat,” my opinion piece about working with Helen Gurley Brown, whom I called Googoo, that the New York Times published. This publication, LLR, also published one of my Googoo stories around the same time. I currently guest blog for the Huffington Post “Gay Voices” section and continue to freelance. I’m writing about my relationship with my father, Daddy Earl, who died recently. He’s in the shadow of Mama Jean in Dangerous When Wet. In my next book, it’s his turn. After she died, I told him that her death would leave more room for our relationship to deepen, and in the five years we had together after she was gone, that was confirmed. Even though I’m a mix of both my parents, I’m most like my father. In fact, I’m really the extreme—or full-blown—version of him in many respects, for better and worse. In recent years, and especially since he died, I’ve heard folks in Beaumont, where he lived his whole life, say, “You favor your daddy.” Maybe that’ll be the name of my next book: I Favor My Daddy.

Much of the memoir is of course a tribute to Mama Jean, although it also seems to be a tribute to all the Mamas who take care of, inspire and look out for their gay sons. Did you feel like there was some of the universal in the unique Mama Jean?

I think that a core audience for the book is the Will and Grace crowd: gay men and straight women. For many gay men, at least for me, their Mamas are their first Grace, i.e. early on in the mother-son gay relationship, there is a complicated (and fun) friendship bond wrapped around the steel cable of the mother-child umbilical cord. Whether or not my gay male readers’ mothers are similar to the outsized Mama Jean, I think they will relate to the dynamic of that relationship. Actually, I know many do, since some early readers have told me. While gay men can be wickedly acerbic, cutting and witty about their mothers, no one is as good to their Mamas as gay sons, in my opinion. Mama Jean said in a note accompanying an expensive ring she gave me when I graduated high school, “No mother could love a son more than I do.” That was her opinion, but I’ll bet that she has some competition out there.

Who are some of your favorite queer writers, and how have they influenced your work?

Truman Capote, John Rechy, David Sedaris, Tennessee Williams, Gore Vidal, Patrick Dennis, Edward Albee. Capote’s Breakfast at Tiffany’s changed my life when I read it in high school after seeing the movie. It showed me that a gal from Texas could recreate herself in New York City and have a lot of fun doing it. Dennis is best known for Auntie Mame, which I read in junior high, but his satire of the self-serving celebrity memoir, Belle Poitrine, bowled me over with its comedy. Williams and Albee are tied as my favorite playwrights, but few people have unearthed the hidden gems of Williams’ short stories. “Two on a Party,” about the alcoholic relationship between a gay man and his fruit fly, devastates me every time I read it. Vidal’s Myra Breckenridge and its sequel Myron made for marvelous company while I was in rehab. No one captures the extreme highs and lows of gay subculture better than Rechy. And Sedaris…well, who’s funnier than he is? I don’t think I write like any of them, but they have all influenced me as a writer who blends humor and pathos without (I hope) ever being sentimental.