‘Frank: A Life in Politics from the Great Society to Same-Sex Marriage’ by Barney Frank

‘Frank: A Life in Politics from the Great Society to Same-Sex Marriage’ by Barney Frank 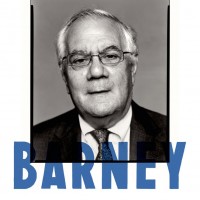 As indicated by its subtitle, Barney Frank’s new book covers the life and career of one of the most important figures in American public life in the past forty years. Frank is iconic. For over three decades of service in Congress as a Representative from Massachusetts, he championed human rights, women’s rights, the working class, LGBT rights, AIDS funding, the Reform of Wall Street and sane foreign policy. Abrasive and hard-hitting, his book is brilliant, funny, brave and incisive.

Over decades of sexual and racial bigotry, economic mismanagement, and ruinous adventurism brought us by the Republicans, Frank took them on like no one else–exposing the realpolitik of their perverse self-proclaimed morality and disastrous policies. Indeed, he’s one of the few who can rightly be credited with defending the nation from long term–or even permanent, defiling by Ronald Reagan’s “moral majority;” Newt Gingrich’s “Contract with America”; George W. Bush’s purportedly  “compassionate conservatism;” or the Tea Party of Sarah Palin and her acolytes.

In this un-put-downable autobiography, Frank admits the reader to the halls of power. But this is more than a rehash of triumphs and frustrations. It’s the tale of boy self-described as being “fat, Jewish and gay.” Born in New Jersey in 1940, Frank came of age when those facts comprised a virtual three-strikes-and-you’re-out verdict on his character and future prospects. But from adolescence, when his father’s premature death forced him to negotiate with the Mafia to settle the estate, to his early decision to remain closeted to facilitate his political life, Frank showed an extraordinary ability to see “the big picture,” analyze and adapt to circumstances.

There was a price for self-inflicted caution; his dedication to progressive issues, including Civil Rights, meant postponing his coming out until his late forties. As such, while others celebrated the giddy freedoms granted by what was then called “the gay liberation movement,” Frank was obliged to remain circumspect and to sublimate his personal desires. But such sacrifice is the stuff of heroes. As a consequence of his discipline, drive and ability to work the system, Frank became one of the most visible and important members of Congress. Central to that were his accomplishments on behalf of the underprivileged and the marginalized. In matters ranging from AIDS funding, to advocating for financial reform, to fighting Republican efforts to impeach Bill Clinton with lacerating wit–“This is too much information about heterosexual sex,”–to repeal of the notorious “Don’t Ask Don’t Tell” military policies, he was in the forefront of the opposition to a party seeking to scuttle the protections guaranteed by our Constitution and to broaden the social contract.

As a child of the 60s, my outlook differs from Frank’s mastery in making the system work “from above.” Shaped by the Eisenhower years, he came of age in Boston’s bare-knuckled politics. As such, I find his willingness to play hardball or to blur what I’d call gentlemanly–(e,g, hinting that an opponent might be owned by the Mafia), troubling. But with 20/20 hindsight of what the GOP did to our nation, as well as what they still intend, and with our economic survival secured by Barack Obama, it’s now possible to see the past in context. From FDR’s New Deal to the sharp reverse of Reagan’s 1980 election, Liberalism was imperiled. Not only Democracy, but our core identity was in jeopardy. Thanks to Barney Frank’s leadership and the integrity shared in his gutsy, eminently readable autobiography, we’ve survived as a country and come through the worst crisis since the Great Depression.

Happily, Frank became the first member of Congress to come out publically in 1987 and married his husband, Jim Ready, with the blessing of the President of the United States. While now officially retired, the account of his extraordinary life and career is a must-read for anyone who wants to know the inside story of America and how one politician helped prevent its takeover by the lunatic right wing and restored some faith in our battered civic institutions.

'Another Brooklyn' by Jacqueline Woodson
Blacklight: 'The Butcher’s Sons' Investigates the Violent Bonds of Brotherhood
'Black Wave' by Michelle Tea