‘James Baldwin and the Queer Imagination’ by Matt Brim

‘James Baldwin and the Queer Imagination’ by Matt Brim 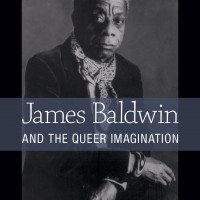 Last year was an important one for James Baldwin’s legacy: 2014 would have marked the novelist and essayist’s ninetieth birthday, an occasion observed with celebrations and commemorations across the country. It was also quite the year for America. We mourned the murders of Michael Brown, Eric Garner, and at least twelve trans women of color, though I have been heartened by the resistance and resilience demonstrated amidst these tragedies. Many activists and writers have noted the overlap, turning back to Baldwin to guide and inspire us. These impassioned invocations tend to focus on his essays about police violence and white liberal complacency, which do indeed still read as prophetic and necessary in 2015. Matt Brim’s recent study James Baldwin and the Queer Imagination is all the more notable, then, for reminding us that in his fiction, too, Baldwin still has much to teach us.

Equally notable is Brim’s refusal to write a hagiography, though it would have been easy to do so. His book opens by asserting Baldwin’s place as “the central figure in black gay literary history,” but Brim thinks this “queer exemplarity” needs qualification rather than confirmation. Even as Baldwin preempted many of queer theory’s central insights—the contingency of identity categories, the instructive instability of erotic life, and the racialization of desire among them—queer critics have retroactively reshaped Baldwin into an icon of non-normativity. In extended readings of Baldwin’s most famous novels and stories, Brim intervenes as strongly against our calcified memory of Baldwin as he does against our most frequently rehearsed queer axioms, rendering each more supple, urgent, and alive.

Like many academic monographs, James Baldwin and the Queer Imagination claims a keyword early and wheels it out often. Brim’s, here, is paradox, a guiding value that refuses consistent methodologies, because “paradox is hermeneutic inconsistency itself, a puzzle every time.” His investment in open-endedness is not just an idiosyncratic impulse but rather a way of following Baldwin’s lead, as Brim actively positions himself against critics who “see what they hope to find” and thereby stifle Baldwin’s “exploratory nature.” By contrast, Brim aims less to assert any single, authoritative reading of Baldwin’s novels than to open them back up to a variety of readings, salvaging them from critical dogma and making them difficult again.

Brim asks us early on to reimagine “the queer/norm dyad beyond a liberation/constraint paradigm, as I sense this coupling has become a static conceptual tool in queer theory.” I can’t imagine a better case study for such re-imagining than Baldwin. Few writers have so emphatically challenged their readers to resist the terms under which they live, and Brim praises Baldwin for “tak[ing] as his most enduring subject precisely those illegitimized desires, often between men and often between races, that have been pushed to the very edge of the thinkable and there, inevitably, gripped the erotic unconscious.” But this fierce entitlement to self-definition often manifested in Baldwin’s fiction and in his personal life as a disavowal of gay identity and community. In a 1984 interview Baldwin admitted, “The word ‘gay’ has always rubbed me the wrong way…I was never at home in it.” (Baldwin proves his alienation from organized gay-male culture by asking this same interviewer what a “clone” is and, more troublingly, how AIDS is transmitted.)

Baldwin’s “fiction proceeds unevenly, in ways that can be as restrictive as they are revelatory,” and the bulk of Brim’s book is devoted to close readings of Go Tell It On the Mountain, Giovanni’s Room, Another Country, and Going to Meet the Man that complicate each text’s vexed utility for queer readers. In addition to being a lovely prose stylist, Brim is a dexterous and efficient guide through a variety of critical contexts and debates, making his book accessible to Baldwin fans only passingly familiar with queer theory, as well as to queer academics and students new to Baldwin’s work.

Baldwin seemed only able to imagine homosexuality as a constriction to be transcended, and Brim repeatedly interrogates how “queer” valorizations of sexual fluidity can lead critics to overlook the misogyny and straight privilege at work in Baldwin’s novels. Brim’s concern for what is lost in the elevation of fluidity over identity occasionally requires him to make a straw man of queer theory, but the underlying argument is necessary and appreciated. Identity is never only a burden, Brim warns; its abandonment is not always proof of progress. I worry that in the political arena we are still far from needing such a caution—the most visible articulations of LGBT identity have arguably become more normative and narrow in their aspirations than they were at the time of Baldwin’s death in 1987—but within academic and activist circles Brim’s reminder should be a welcome one.

In the intimate 1982 documentary I Heard It Through the Grapevine, Baldwin revisits many of the key sites of the 1960s Civil Rights movement in which he so tirelessly participated. Reflecting on Atlanta’s Martin Luther King, Jr. monument, Baldwin expresses frustration with the way in which such conciliatory gestures can obscure the continued inequalities against which King railed. “There’s nothing you can do with the monument,” Baldwin insists, decrying the way it neutralizes King’s memory, making it unusable.

What kind of monument is James Baldwin and the Queer Imagination? How might we make use of it? “This book is by no means, then, an homage,” Brim admits, knowing he has written something better. “It is, most generally, a recognition of the fact that Baldwin gives queer thinkers a lot of work to do.”

‘The End of Eddy’ by Édouard Louis
Kevin Coval, Quraysh Ali Lansana, and Nate Marshall: On the Queer Aspects of Hip Hop
‘Does This Baby Make Me Look Straight? Confessions of a Gay Dad’ by Dan Bucatinsky

Sam Huber is a writer and editor living in New Haven, CT. He is a books columnist for Feministing.com and a graduate student in English at Yale University.