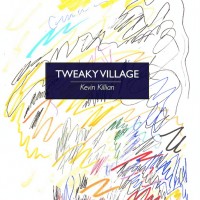 With the first line of the first poem in the book, “Story of Abraham,” Killian sets the tone for what’s to come: “It was like some tremendous Leonard Cohen song from the Sixties.” Killian invokes a more wistful, idealistic era in San Francisco and in the speaker’s life by riffing on Cohen’s song “Story of Isaac,” about the son of the biblical Abraham.

But halfway through “Story of Abraham,” or at least by the time we get to the second poem, “Story of Lincoln,” we realize that the author’s been referencing a different Abraham, and the speaker is Joshua Speed—Lincoln’s lifelong friend, who shared a bed for four years with the future president: “Lincoln and I were free of ambition at night, other than a rage to know what an Illinois body tastes like with whiskey dripped on its increscences.” Aside from being the surname of Lincoln’s boyhood friend and, some contend, lover, “Speed” is also slang for crystal meth—methamphetamine—the speed that’s turned the loose-limbed,  politically charged San Francisco of past decades into a “tweaky village” in the new millennium.

But Tweaky Village is no morality play or plaintive cry for the good old days. By turns earnest and winking, Killian eschews pat answers and canned transitions. For every moment of yearning for a more romantic, antiestablishment time, there’s an unadulterated paean to modern glitz and chintz—often in the person of Kylie Minogue.

In “Ten Years In” for instance, about the Iraq War, the speaker posits that “the only way out of the neoliberal globalism we’re drowning in, is a complete return to irony and Marxism, and both of them failed in the first place because they could not withstand the homosexual.” But then, inexplicably, Kylie shows up, gesticulating “as if to say, fuck you, I’m off to another world that doesn’t have your stupid scrotum in it.” If her presence is explicable, maybe Kylie is Killian’s avatar, the personification of his refusal to lapse into easy wisdom or sentimentality.

One of the best poems in the collection, and the one with the eponymous line, is “I Lost ME to METH,” which takes its title from a billboard and web campaign showing sepia tone photographs of gay men ravaged by the effects of speed (“for when you lose your / self to meth you lose your color”). This sets up a sidelong rumination on words and meaning redolent of Elizabeth Bishop’s “Man-Moth”; the speaker, who has “become a numb gnome in this tweaky village of the Castro,” wonders after seeing the billboards if “I had lost myself to meth, which is / maybe what they meant?” But at the point where some clarity is reached (“the rainbow flag all stripes of one sepia // and that is how I lost being gay”; “I lost me to THEM, THEM as a way of reading ‘Meth’”), the lines of the poem sprawl and unravel—with cameos from Sean Penn and Kylie’s sister Danii—as if feeling disconnected were its own jangly altered state.

It’s clear that Killian delights in the mechanics of language (“I have lived through decades of English,” says the speaker of “Prelude to a Putdown”), and especially wordplay, as if puns and syntactical inversions simultaneously evince and mask epiphanies. Like Harryette Mullen, he invites us to wallow in catalogues of the esoteric: “Acronyms, for Derek McCormack” makes ABBA, scuba, and snafu yield meaning, and in “Fetish Photography” Killian moves backwards through the alphabet.

In a book full of off-kilter playfulness, those moments of unabashed earnestness are all the more striking. In “Speak Right”: “then out of poetry some words drop out, scattered like corn fallen from the cob, words that drop out and those that remain, like teeth in a skull, lisp when they mean to sing.” In “All the Lovers”: “In the face of a liverish social despair / all the lovers who have gone before // they don’t compare to you.” Delicate lines like this pop up from time to time, often alloying tenderness and humor, as in “Violets in the Snow”: “that Chloë Sevigny look // Sort of seductive, / but fragile— / like violets in the snow.”

Killian’s talents are so preternaturally eclectic, and his styles so diverse, you’d think that would equal hodgepodge or willy-nilly, but it doesn’t. In fact, Tweaky Village is as cohesive as it gets, reading like a “Selected Poems”—the poetic analogue of a greatest hits album, an overview of an oeuvre, where each track is a winner.

Is it any wonder, then, that the book’s initials are TV? Tweaky Village takes scrambled bits of pop culture, light, and color, and reassembles them into flickering lines that create, ultimately, a cohesive, captivating picture.

'Love at Last Call' by M. Ullrich
A New Publishing Venture Reissues Gay and Lesbian Crime Fiction from 60s-90s
'Like a Love Story' by Abdi Nazemian

Brent Calderwood is the author of the poetry collection The God of Longing (Sibling Rivalry Press, 2014) and Literary Editor for A&U Magazine. He lives in San Francisco. His website is www.brentcalderwood.com.