‘Gay Berlin: Birthplace of a Modern Identity’ by Robert Beachy

‘Gay Berlin: Birthplace of a Modern Identity’ by Robert Beachy 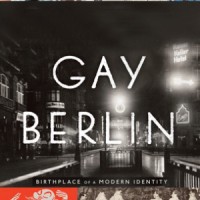 While Robert Beachy’s magisterial study of male homosexuality in Berlin will be important for students of gay history, the book also illustrates an axiom that should hearten anyone who works for social justice. Throughout eight chapters Beachy demonstrates that although the road to societal and legal acceptance for gay men was long and tortuous, following the proverbial halting pattern of two steps forward and one step back, nearly every setback contained unintended consequences that mitigated its effect, and even ultimately bolstered the movement for homosexual acceptance.

In his lucid Introduction, Beachy sets out a quartet of conditions that existed in Germany between the end of the nineteenth century and the fall of the Weimar Republic in 1933. Taken together these conditions made Germany the ideal–indeed the only–country where homosexuality could gain a foothold and eventually flourish almost unchecked by the 1920’s. These “vectors of German history” were the establishment of Paragraph 175 (the 1871 legal code criminalizing certain homosexual practices while allowing fraternization by gay men); research and publication in the new field of sexology by psychiatrists and forensic scientists; the growing unrest against Paragraph 175 among Germany’s educated middle-class; and finally the country’s remarkably free press.

It would take nearly a century for Germany to finally get rid of its notorious Paragraph 175. The role of police in enforcing the law is examined in the book’s fascinating second chapter, “Policing Homosexuality in Berlin.” Led by the pragmatic and canny police commissioner Leopold von Meerscheidt-Hüllesem, police quickly abandoned the Sisyphean labor of arresting men for violating Paragraph 175. By the late nineteenth century Berlin was a huge city and the police had more pressing priorities, especially that of arresting male prostitutes who often augmented their fees by blackmailing their clients. In 1885 Hüllesem went so far as to group the victims with their victimizers by establishing a Department of Homosexuals and Blackmailers. The police department’s lax enforcement of Paragraph 175 against gay men in favor of prosecuting their blackmailers led to gay men coming out of the city’s shadows and establishing their own meeting places in parks, bars and nightclubs. In a strange reversal of the law’s original intent, its agents in the police department became in effect the protectors of homosexuals against the constant threat of blackmail and disgrace that drove a number of prominent men to suicide.

In 1907 members of Kaiser Wilhelm’s inner circle were embroiled in a sexual scandal when a muckraking journalist accused them of “perversion.” Well-publicized trials for libel and perjury among the accused and the journalist gave rise to a backlash against those agitating for homosexual rights. At the same time, the scandal made the topic of homosexuality a household word, at least in Germany.

The history of Berlin’s gay culture prior to 1933 contains a long list of firsts. The very notion of homosexuality as a distinct human variation originated in Germany with the term homosexualität  appearing in print for the first time in 1869. German scientists were the first to assert that homosexuality was innate–a fundamental part of a person’s psychological and biological makeup. The world’s first openly homosexual activist was Karl Heinrich Ulrichs who published a series of seven pamphlets that would influence the sexologist Richard von Krafft-Ebing in his standard work Psychopathia Sexualis, in print since 1886. Ulrichs coined the term ‘urnings’ for homosexuals, and served as an inspiration for the eminent Jewish sexologist Magnus Hirschfeld (1868-1935). Hirschfeld emerges as the book’s greatest hero, among many brave men. He founded the world’s first homosexual rights organization, the Scientific Humanitarian Committee in 1897. The SHC would adopt the motto “Per scientiam ad justitiam” (“Through Science to Justice”). Two decades later he would found Berlin’s Institute for Sexual Science that helped to educate its citizens not only on homosexuality, but also on contraception, venereal disease and hygiene and even transsexuality.

After the First World War Berlin would become a destination city for sexual tourists from all over Europe but most notably from Britain where life for gay men was far more repressive than in Germany.  In 1928 W.H. Auden wrote in a letter, “Berlin is the buggers daydream.” He persuaded his friend Christopher Isherwood to come for a visit the following year and Isherwood ended up staying in Berlin until 1933.

Beachy is a commendably impassive chronicler of the less savory elements of the groups agitating for the repeal of Paragraph 175. In contrast with Hirschfeld’s SHC, two other organizations, the Committee of the Special, and the Human Rights League both included more than a trace of anti-Semitism. There was also the influential sociologist Hans Blüher who promulgated the anti-Semitic theory of the homoerotic Mannerbünd. When Adolf Hitler came to power all hope of repealing Paragraph 175 vanished, and the statute was made far more repressive. Homosexuals, even anti-Semitic ones, found no protection from Hitler’s purges. In 1933 a brass band played while the Nazis ransacked the Institute for Sexual Science, burning its extensive library. Hirschfeld had fled to France where he would die two years later. The party was well and truly over. The book concludes at this desolate moment but an Epilogue adds a happier ending, noting that today Germany’s annual gay pride parades are held on ‘Christopher Street Day,’ “an allusion to the 1969 riots at the Stonewall Inn, the putative birthplace of the ‘modern homosexual rights movement.’ ”

This is an important book, and an impressive feat of scholarship drawing on nearly five hundred sources, with twenty-two pages of notes and sixteen pages of photographs. My only slight criticism is this: the book leaves out women almost entirely, without ever stating that lesbian history is being omitted by design. This gives it an oddly lopsided air at times. I hope some future scholar will write a companion volume to record the history of lesbians in Berlin.