Chloe Caldwell: On Writing Her Novella ‘Women,’ Her Literary Inspirations, and Falling in Love With Queer Literature

Chloe Caldwell: On Writing Her Novella ‘Women,’ Her Literary Inspirations, and Falling in Love With Queer Literature 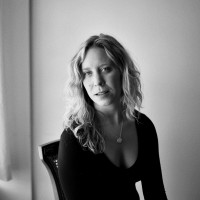 “I think it’s so magical when you find some new kind of art, and once you start opening your eyes to it, you start seeing it everywhere.”

Chloe Caldwell’s writing first appeared on the literary radar in 2012 with her electric debut collection of nonfiction essays, Legs Get Led Astray (Future Tense Books), accurately described as “a scorching hot glitter box of youthful despair and dark delight…” by author Cheryl Strayed. Her second book and first work of fiction, the novella Women (SF/LD Books), is a deeply human examination of how one woman grieves her broken heart through the connections she develops with other women in her life—in friendship, in family, and in potential lovers—after the fallout of her first lesbian relationship. Graceful, devastating, and filled with moments of humor and joy—Chloe’s words resonate in their ability to render characters who are at once brave and vulnerable.

Chloe took some time to talk to Lambda Literary about her inspirations, and her experience writing fiction and enveloping herself in the world of queer literature.

Whenever I read one of your pieces, I’m immediately enveloped in the world of the story and the voice of the narrator—whether it’s fiction (as in Women) or nonfiction (as in Legs Get Led Astray). You’re not afraid to be honest or vulnerable on the page and neither is the narrator in Women. How did writing this work of fiction differ from writing nonfiction?

It’s a nice break. You don’t have to scrutinize your memory or check your journals. While doing it, I was like, “I can do this? I can just lie? On paper? And people are supposed to believe it?” Insane phenomenon to me, as someone who has never studied writing fiction or been very imaginative.

What inspired you to write Women?

A break-up, and not finding the book I wanted. When I was twenty-three, and a nanny in Seattle, I found this book in one of the homes I worked in. It’s called Break Up: The End of a Love Story and it’s by a woman named Catherine Texier. I’d never read anything so honest and vulnerable. After desperately scouring the Internet for her contact information and not finding it, I even had the gall to write to her ex-husband (who the book is about!) and ask for her email address. He gave it to me, and I was able to contact her. That book has stayed with me in a deep way since then. A true original. I wanted to someday write a book like that, and now I have! But also, a book about the weird ways humans act when they’re mourning—how you can sometimes embody a whole different identity when grieving a broken heart.

I was also beginning to notice power plays, sexual and nonsexual. Once I started thinking about power plays, I couldn’t not see them, and I wanted to learn more about them—why we like them and need them. I wanted to explore how power plays can begin one way but end the opposite way. I began reading articles about butch lesbians seducing straight girls and all that.

Another thing I’ve always been interested in is self-identity and self-image dysmorphia. The way we can look like one thing, but be another thing entirely. Back when I still did drugs, I was fascinated by this, and now I’m fascinated again with sexual identity. The mirror is a confusing place!

In Women, the narrator sometimes pauses to address the reader and reveal her fears about the ways in which the reader is going to perceive her characters, the decisions she is making while writing the story, and sometimes her deepest insecurities. (I loved this line: “I worry that if I cannot make you fall in love with her inexplicably, inexorably, and immediately, the way I did, then you will not be experiencing this book in the way I hope you will.”)

Was addressing the reader in this way something that happened organically while writing? What gave you the idea to do it?

It was conscious. It helped me disassociate, I think. This book was also the first time I’d worked with an editor the way I did with Elizabeth Ellen. We were in our own world. It was such an interesting time and I was inspired by that. In Elizabeth’s work, she does some meta-writing, so I sort of copied her, sorry to say. Lydia Davis does it in End of The Story as well. I’ve always loved seeing writers write about writing in a book that isn’t necessarily about writing.

It was wonderful! I’m obsessed with females and female art by nature. I think I always have been. It all came into focus rather quickly, like I looked up one day and was going to Frances Ha once a week (that’s an exaggeration, but barely) and waking up with books by women author’s around me and dating women and making new female friends everywhere. There’s that age-old story about women being difficult to make friends with and all that, but that’s never been my situation.

It was glorious to tap into because I got to read Kate Millett and Ann Rower and Ivan Coyote and Eileen Myles, etc., constantly, for my book. This past spring was awesome. All I did was write and walk to the library to pick up the books I’d requested, and then go home and make scrambled eggs and toast and read my books and work on my own book.

Can you talk a little bit about your literary influences and how they’ve impacted your work?

Growing up I loved personal stories and true stories. In my late teens I’d read the essays in The Sun Magazine, because my mom had a subscription. The essays would often be about sex and drugs and death and break-ups, and I was into it. I was moved. I loved authors in The Sun: Sparrow, Alison Luterman, Krista Bremer, Poe Ballantine, Cheryl Strayed, and Stephen Elliott. It’s really through them that I found writing.

I moved to New York City shortly after my twentieth birthday. There, I got into male authors: Bukowski, Henry Miller, and Ernest Hemingway. Jonathan Ames. Jonathan Lethem. Then there was Joan Didion.

Then I got pretty into erotica. 1000 Strokes of the Brush Before Bed, Story of O, The Sexual Life of Catherine M.

After those phases, I was obsessed with memoir and creative nonfiction and personal essay collections, and also with my contemporaries. I took classes at the Gotham Writer’s Workshop for four years. At Gotham, I learned from Katherine Dykstra of Guernica Magazine, Cheryl B. who, sadly, has since passed away, and the author Melissa Febos.

I was lucky enough to meet Lidia Yuknavitch and Cheryl Strayed and have them mentor me. I totally dove into their nonfiction essays and memoirs. I loved reading women who were telling their stories. I loved reading and writing about feelings.

Okay, so you may have gotten this question before, but I’m curious about the title of your book. The book itself has a simple cover. It’s graceful-looking, small enough to hold in one hand, but it conveys a pretty enormous experience. I know titles can be hard, so I’m curious how you decided on what you would call this story and why.

People don’t ask me very frequently, actually. The book was called Dyke Aching, and I absolutely loved that title. Still do. But a few people reminded me that the book is about more than that—it is about so many different kinds of women: therapists, roommates, co-workers, and friends. I’d written an essay called “Women I Have Loved” and I was really excited about writing a book chronicling my female friendships from childhood. I never wrote that book, but I was calling it The Women Book in my mind, and my friend said something to the extent, “Go write that Women book in New York.” I didn’t know if I would regret calling it Dyke Aching—like maybe it was too intense, and when a book comes out, you know, you have to talk about it all the time. So I made a list of a bunch of titles and emailed the list to my friends. My publisher and I agreed that Women would be “funny.” I’m okay with it. It’s definitely not my best title. But it’s straight and to the point. Thinking about this now, I wonder what would have happened if I’d gone with the first title. Women has become sort of this trendy book for people to Instagram—I wonder if there would have been less hype it if were called Dyke Aching or what.

About halfway through the book, after the narrator falls for Finn, she begins to crave to be around women, to crave the attention of women. It is almost as if desire has the possibility to open all sorts of alternative connections and longings. Can you speak a little on the ways you view how new desires can open up new road-maps and nascent wantings?

Nascent wantings, I like that! Yes! I like to say it’s like waking up one day and suddenly being attracted to cats. And nothing and everything has changed, because you have to see cats everywhere, but now it’s a struggle to act normal. This always makes sense to me but I have a hard time dropping it into other people’s brains. I can be very inarticulate. It’s why I write books.

I think it’s so magical when you find some new kind of art, and once you start opening your eyes to it, you start seeing it everywhere. I think this happened for me when I discovered personal essays and creative nonfiction, and again when I discovered queer literature and movies. I couldn’t believe my eyes. I didn’t go to college, so I’d never been in a Women’s Studies class. I found these things on my own or through my friends and partners. This, I guess, is part of the fun in your twenties. Discovery.

Is any of the book influenced by the experiences you had as a writer living in Brooklyn?

I don’t think so! It’s definitely about being alone in a city, and that could be anywhere. But I was pretty Brooklyn-ed out after living there and also after writing Legs Get Led Astray, which is super NYC-centric.

What’s next for you? Any projects in the future that we can look forward to?

I want to get into screenwriting! And TV. But that’s far-fetched. I’m working on another collection of my essays. Some are published online already and others I’m working on behind the scenes. There will be a lot of female friendship in them, I think, and also the trials and tribulations of publishing personal work. I have some other ideas for experimental creative nonfiction memoir books, and also a Young Adult book, but those are only in the really beginning stages.