‘Tennessee Williams: Mad Pilgrimage of the Flesh’ by John Lahr

‘Tennessee Williams: Mad Pilgrimage of the Flesh’ by John Lahr 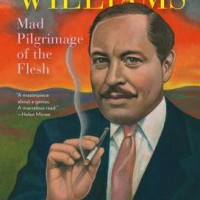 Has there ever been a more erotic subtitle to a mainstream biography than Tennessee Williams: Mad Pilgrimage of the Flesh (Norton)? If I didn’t know the respected former New Yorker theater critic John Lahr was the author (he’s written ten theatrical biographies, including those of Noel Coward and Joe Orton), I might very well have expected a rollicking narrative of the Kitty Kelly variety, with sordid descriptions of one sexual dalliance after another.  (A few of the chapter titles don’t do much to dissuade that assumption: “Blood-Hot and Personal,” “The Heart Can’t Wait,” “The Erotics of Absence.”) But thank goodness John Lahr is no Kitty Kelly. Yes, the subtitle lives up to its name, but what makes this biography exceptional is Lahr’s talent in weaving William’s life–including his sex life–into his writing.  In Lahr’s capable hands, life always informs art.

We discover right away that Lahr’s primary interest is not in gossip but in 20th Century American Theater. He opens with what would become Williams’ most performed play, The Glass Menagerie, presenting what many readers familiar with the work already know. Tom Wingfield is a stand-in of sorts for Williams himself; Tom’s physically impaired sister Laura is inspired by Williams’ real life sister, Rose, who underwent a lobotomy at a young age; Tom’s mother Amanda–one of the most inspired female roles in American theater and as interpreted by Laurette Taylor, the source of one of Broadway’s greatest performances–in no small way resembles Williams’ own mother, Edwina.

But Lahr goes much deeper than cutting pieces of Williams’ life and pasting them to his plays. In his discussion of Glass Menagerie, Lahr compares Williams’ ghosts to those of the play:

Rose suffered from “somatic delusions: felt her heart was as big as her chest; thought her body had disappeared from her bed.” The lobotomy transformed her literally into a ghost of her former self. That ghostliness was built into The Glass Menagerie, in which shards of memory play out the Narrator’s internal drama. By standing outside the scene, the Narrator suggests both his and Williams’ detachment, which verges on on the spectral. Absence dominates the play.

The idea that “shards of memory play out in the Narrator’s internal drama” is not lost on Lahr. His structuring of his book around the plays frees him from the typical birth-life-death trajectory of a more conventional biography.  At times Tennessee Williams: Mad Pilgrimage of the Flesh feels like a memory piece itself.

Lahr’s book is not just a biography of one of our most significant playwrights, the writer who, in Williams’ own words, strived “to fuse lyricism with realism.” Lahr’s depiction of Williams’ partnership with Elia Kazan serves as a history lesson in 20th Century American theater. In directing Williams’ plays, Kazan ushered in a redistribution of power (in Lahr’s word, a “putsch”). Writes Lahr of A Streetcar Names Desire:  in “using a great play as leverage, Kazan was proposing that workers take over the means of production and that the masters (i.e. the producers) take a back seat.”

It’s hard to find a relationship in Williams’ life that was without drama–which approaches hysteria with his lovers, especially Amado Rodriguez y Gonzalez (aka “Pancho). His friendship with Kazan was no exception. Kazan’s competitiveness and Williams’ deep suspicion of others’ motives that bordered on paranoia, fueled enormous conflict. During rehearsals for Sweet Bird of Youth, Williams wrote to Kazan about his unhappiness with his direction:

You know how suspicious, how paranoiac I can be and so often am, so you will not be surprised that I felt last night, that your direction of Act III, your use of the Princess in it, was one of those unconscious acts of aggression that our analysts expose in us to our dismay–and that aggression was directed at the play’s author, perhaps because you feel I identify with the Princess and that I am a cheap pretentious old bitch.

Williams’ insinuation that Kazan might harbor some homophobia is all the more striking because Lahr makes it clear that Williams’ sexuality was never an issue for Kazan. Like much of his correspondence, Williams’ words might very will be read as his own view of himself, not that of the recipient of his words.

Lahr’s description of Williams’ final years reads not only as personally tragic, but also serves as an example of how we treat aging artists in the United States. Lahr makes a solid case that a number of William’s later works–if not at the level of Cat on a Hot Tin Roof, A Streetcar Named Desire, The Glass Menagerie, or even Sweet Bird of Youth–are worthy additions to the Williams’ canon. Yet theater critics often found it impossible to assess his later plays without comparing them– usually quite negatively–to the works of his heyday. A “white dwarf”–an astrological term suggesting the end of a star’s life cycle–was what Life magazine called Williams’ in its review of In a Bar of a Tokyo Hotel, a play Lahr regards as good, especially because of its “fascinating dissection of the perversity of his (Williams’) psyche.”

That Lahr approaches Williams’ life through artistic and literary lenses does not preclude lively depictions of juicily bad behavior, particularly on the part of Bette Davis in her return to Broadway in Night of the Iguana. But the biography is first and foremost a perceptive and edifying look at Williams’ life. While Mad Pilgrimage of the Flesh  might very well draw in more readers, I’d consider another subtitle more reflective of the book: The Play’s the Thing.

'Looking for a Kiss: A Chronicle of Downtown Heartbreak and Healing' by Kate Walter
Minnie Bruce Pratt: Rage Against the Money Machine
'Limiters' by Christopher Stoddard