Shelly Oria: On Her New Collection ‘New York 1, Tel Aviv 0,’ Her Favorite Queer Writers, and the Power of Literature

Shelly Oria: On Her New Collection ‘New York 1, Tel Aviv 0,’ Her Favorite Queer Writers, and the Power of Literature 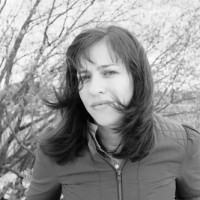 Short fiction or nonfiction collections are notoriously difficult to sell to a publisher, especially for debut authors. In the New York Times, Cheryl Strayed noted that “[a]mong even the noblest publishers, essay collections are generally as popular as a kid with head lice at a slumber party.” So, it’s no shocker that New York 1, Tel Aviv 0—Shelly Oria’s collection of short stories from Farrar, Straus and Giroux—is clever, delectably entertaining stuff. But what is surprising is its range. It’s earnest and sarcastic; innocent and calculating; straight and queer; linearly narrative and experimental and sometimes sci-fi; and Israeli and American, as well as Israeli-American.

The cast includes a young, New York woman in a fragile three-way love affair; a male Israeli artist who obliquely addresses the complexity of Israeli politics (“People who believed they had the answers were like paparazzi—so focused on getting the shot they wanted, so narrow in their aim”); and a no-nonsense widow who has a soft spot for a soulful widower.

New York 1, Tel Aviv 0 abounds with hilarious, psychologically astute lines; widow Yolanda delivers one of my favorites: “Part of being wise when you are old is detecting what stupidity younger people are up to, and making sure to avoid it.” Oria is no less observant about people en masse: “There is rage and rudeness in Israel, but they move around confidently, knowing nothing is ever going to change. In New York people run and run and run, because change is absolutely possible, if only they run fast enough to catch it.”

Oria’s fiction has appeared in The Paris Review, McSweeney’s, fivechapters, and Electric Lit’s Recommended Reading and more; it won the Indiana Review Fiction Prize, among other awards. She holds an MFA from Sarah Lawrence College and curates the series Sweet! Actors Reading Writers in the East Village.

How would you describe the book’s biography? How did it get started and what helped along the way?

When I signed with my agent, PJ Mark, back in 2009, I had about half a collection. PJ’s support was invaluable. The other huge help was my best writing friend, Elizabeth Reichert. She’s the one I would send a story to when it was still a total mess, the one I could trust to help me figure out what the hell I was trying to do with a piece way before that intention was executed in any way on the page….

I’ve always thought that one of the biggest gifts literature offers us is the ability to hang out in another person’s mind. I mean, it’s a basic human fantasy, isn’t it? With our lovers, or anyone close to us, we sometimes tell ourselves that we know what they’re thinking. With a total stranger we may wonder what it’s like to be them. But the truth is we’ve never actually been inside any human mind other than our own. Except when we read. Or write. So as a writer, going on faraway trips, visiting the minds of people who are very different from me…that’s what excites me the most.

The collection deliciously stretches genre in other ways, too. Some stories are straightforward narratives; e.g., an artist father spends time with his daughter in upstate New York, and others are almost sci-fi, like the story about the fog pushers. There’s an inventive, often playful tone in the book. Does your work surprise you as you’re writing it?

I’m very serious about play. By which I mean, you have to commit to it, see where it takes you, not cringe too bad when things get uncomfortable, or cringe and keep going anyway. It’s an inherently vulnerable thing, letting yourself be surprised, isn’t it? It’s a loss of control, and one that kind of slaps you in the face. But it’s also the essence of the creative process, as far as I’m concerned.

You started writing in English relatively recently. What was it like for you, as a writer, to switch from Hebrew to English?

Heh, I suppose it is “relatively recently”—it was in 2006—but it feels like a lifetime ago now. It was probably the hardest thing I’ve ever done. I remember a conversation with a good writing friend at Sarah Lawrence, back when I was trying to write in English for the first time and mainly failing. She said she wished she could write in her second language, that it must allow me to hear my prose in a whole new way, and I said, You know that thing we do with language, how we try to stretch it, manipulate it? Most of the time I have no idea if I’m doing that or just being weird. I remember this look of terror in her eyes and then a moment of silence before she said, Yeah, I guess I don’t want that.

In your acknowledgements, you thank Sarah Lawrence College. How do you think getting your MFA helped your writing?

Sarah Lawrence was probably more helpful to me than most MFA programs are to the writers who attend them, simply because that was where I learned to write in my second language. I applied and got accepted to MFA programs with translated works, but then it quickly became clear that I had to take the leap and start writing fiction in English. So my second semester, that’s what I did. But the other thing about Sarah Lawrence is that it’s such a special community. I said in my acknowledgements that in my life SLC has been a gift that keeps on giving, and that’s absolutely true. Most of my closest friends are people I went to school with, or my former teachers, or people who went there years before or after I did, who I met in various literary events over the years. There are so many great projects that SLC people started, and they’re kind of these literary hubs, physical or virtual—Mixer Reading and Music Series, Storyscape Journal, Underwater NY, No Tokens. All of these (and my own series, Sweet! Actors Reading Writers) are collaborations between SLC women.

Who are some of your favorite queer writers, and how have they affected your work?

Ali Smith is a big hero of mine. Sarah Schulman. James Magruder. Alex Chee. Jeanette Winterson, of course! James Hannaham. Ellery Washington. Suzanne Gardinnier. I could go on for days. But a queer book that had a huge effect on me was written by a straight-identified Israeli writer, Judith Katzir. It’s called Dearest Anne, and has been translated into English, though with respect to the translation, to my mind it doesn’t fully capture the magic of the original. It’s a disturbing book in the best sense of the word, kind of a lesbian Israeli Lolita, though that’s reductive. I think the idea of questioning, of finding alternatives in spaces where mainstream culture tells us there are none is integral to the queer experience. So to me any book that does that—whether with content or language or form—is incredibly inspiring.

'The Gap of Time' by Jeanette Winterson
New in April: Susie Bright & Susan Sontag
'The Scientists: A Family Romance' by Marco Roth