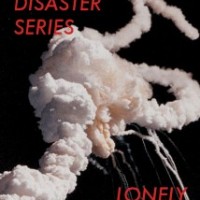 In her 1978 book Illness as Metaphor, Susan Sontag critiques the cultural co-option of cancer as the principal metaphor for “‘radical’ or ‘absolute’ evil,” and the effects of this “cheap” comparison on cancer patients—for “[t]he people who have the real disease are hardly helped by hearing their disease’s name constantly being dropped as the epitome of evil” (Sontag herself was in treatment for cancer at the time of writing). She expounds in the final paragraph:

Our views about cancer, and the metaphors we have imposed on it, are so much a vehicle for the large insufficiencies of our culture: for our shallow attitude about death, for our anxieties about feeling, for our reckless improvident responses to our “real problems of growth,” for our inability to construct an advanced industrial society that properly regulates consumption, and for our justified fears of the increasingly violent course of history.

Justified indeed (and, still, increasingly so). Now, more than three decades later, writer and filmmaker Lonely Christopher’s first full-length collection of poems has stepped in to examine what Illness as Metaphor neglected to consider: the hyperreal intersection between illness (here, resulting in death) and late capitalism (disaster)—or how cancer, “the real disease,” and those “large insufficiencies of our culture” collide in our modern lives.

A triptych comprising two previous chapbooks (“Poems in June” and “Crush Dream”) as well as a third section entitled “Challenger,” after the ill-fated space shuttle, Death & Disaster Series recounts the illness and cataclysmic death of the poet’s mother (also named Susan), as well as the grief-stricken aftermath—all within the context of America’s farcical economic circumstance and his personal experience of poverty. “The only thing / I’ve eaten / in / the last / two days / is / a boy’s ass,” one poem coyly despairs.

True to life, despair compounds despair in Christopher’s poems; they are fraught with a sense of their own helplessness. Early in the collection, the aptly titled “Desperation” laments:

now mom has cancer dad is
depressed brother gives birth
in June the sound of the others
there are only three people
three people you can trust
and even then
look what
happens
to them.

A few poems later, “Make Art” raises a question that is tellingly not a question: “What does art tell us about / how they told her there was / nothing left to do told her to / go home and die.” This is typical of Christopher’s relentlessly blunt tone, which often borders on what some critics might deride as crass—“fuck me up the ass / for a moment or two / whilst my mother dies” and “I love a boy’s cock / it makes me think of AIDS / it gets me off,” for example.

I am not such a critic, however; rather, I think it is from what some might call impropriety that the book derives so much of its force. Christopher’s defiant rejection of decorum—of the anesthetizing, euphemistic language with which our culture encourages us to speak about death and grief (Sontag: “our shallow attitude about death”)—remains, in 2015, a radical act.

Often, when edging on the obscene, Christopher is experimenting with the idea of love (and its physical embodiment, sex) as an antidote to death, trying to “kick in the pants the ambiguous / God who lets my mother stew / in her dying unrest / by loving boys / and making love to boys again.” Elsewhere, he is less optimistic: “Love is good but it’s not going to save us.” Perhaps, more than anything, love is a repository for the messy complexity of the poet’s feelings about death.

when you hold me weeping in
your naked arms
and I hear your heart pulse
I think of my mother’s body
dying
and the small hairs on your chest
collect everything. (“Zachary”)

For the queer art-maker, of course, the deadly potential of sex is an inescapable—indeed, historical—fact. Though Death & Disaster Series centers on cancer, the specter of the AIDS epidemic hovers in the background of these poems as well, as it does in the conversation recounted at the beginning of “Poem for Klaus Nomi”:

At my mother’s death bed I sat
with her priest
who told me
how nice it was I am creative
because it’s so seldom, she said
that you see young talent
and I said
there was a generation of great minds
but they
all died in the 80’s
and she blinked and she said
yes, that’s what they say, isn’t it?

Nomi is just one of the icons of queer culture invoked at a moment deftly balancing humor and gravity. (Lonely Christopher’s vividly queer, even camp sensibility and playful darting between registers sometimes recalls John Wieners, a connection Felix Bernstein explored in his review for Boston Review earlier this year.) In “Marie’s Crisis,” the broke poet “[steals] $20 from a drag queen” at the titular piano bar “then”—heartbreakingly—“[tells] her.” Earlier, Christopher re-appropriates the gaiety of Cole Porter’s “Blow, Gabriel, Blow” in a poem about the deadly potential of spilled ejaculate (“a little come never hurt anyone,” his lover says, to Christopher’s objection). Other poems notably demonstrate less regard for sexual health—there is unlubricated bareback sex and blood and shit in this book, and a willingness not to shy away even from what “doesn’t belong in a poem.” It’s worth nothing here that Christopher’s first book, a collection of short fiction, was selected for publication by—and won him many comparisons to—Dennis Cooper.

But to claim that its shock value is what makes Death & Disaster Series a subversive book would be to miss its power almost entirely.

When Sontag wrote Illness as Metaphor, one of the dominant cultural narratives surrounding cancer was that of the “cancer personality,” a flimsy but enduring understanding of cancer as a disease brought on by the patient’s own repressed emotions (established in large part by the work of psychoanalyst Wilhelm Reich, whose bones Christopher threatens to bury “in the swamp of chemotherapy”). Though the cancer=evil metaphor still persists, in more recent years the myth of the cancer personality has largely been replaced with a new narrative, not so unlike the prevailing 19th century conception of tuberculosis. The new emphasis seems to be not on why people get cancer, but on the resulting grace—bravely won either in surviving the disease or, conversely, in the face of death. The popular narratives about cancer today (see: The Big C, The Fault in Our Stars, even Breaking Bad) are stories about people purified and liberated by their psychic and physical trials. Cancer as crucible. It’s no surprise, then, that this story is also being told in contemporary poetry. However worthwhile this cultural narrative may be—certainly, it’s an improvement—it is still a cultural narrative, and, as such, it simplifies and flattens reality according to its own predetermined logic.

Christopher’s debut refuses to flatten anything; in his tumbling, often single-stanza poems, reality is allowed its full difficulty, pain, and ugliness. He bears witness to the hair loss and blood coughed up, to the useless orgone healer, to the death that keeps reoccuring in poem after poem, and to the petulance of desire and consumption, without excusing the reader from shouldering a share of that burden. We have to look at what we’re carrying. Christopher’s book is bent not on accusation, however, but on annihilation. The paradox, course, is that its self-destructive impulses and deep apathy about being also constitute its generative and sustaining force.

I think of Susan
(how each night I left her
drooling in the hospice bed
and went out in the backyard
to stand in the circle of dirt
where the pool used to be
looking up at the usurious moon
and weeping
as wild bucks sulked around me).
________Let’s mile, goddamn it, let’s jut. (“The Moonrise over Walmart”)

With his attention to the uncomfortable human truth of cancer, in Death & Disaster Series Christopher has invented a space in which to discuss, ethically, how the trauma of the disease twins with what Sontag refers to as those “large insufficiencies of our culture.” He does not compare his destitutions, emotional and financial, but points, again and again, to their exhausting coexistence. There is no overarching metaphor here, no master vehicle or tenor, no attempt, that is, at forcing equivalency—only a recognition of simultaneity, how personal tragedy and the larger failures of our society coincide to amplify one another. Death is terrible and a fact. American capitalism in practice—income equality, “brutal luxury / like war”—is, likewise, a terrible fact. Both may seem immutable, but one is far further beyond our control. As “Idumea,” the last poem in the collection, concludes:

there is the despair of the heart
and the horror of the spectacle
but they are by no means the same thing.

This is America; or

I love you Susan.