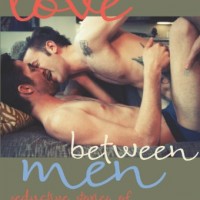 In the 1970s and ‘80s, I would drop by some Greenwich Village bookstore along West 8th Street or down Christopher Street, browsing books while my eyes were eagerly anticipating a surreptitious browse in return. Sometimes, it was easy to spot a potential bed mate; other times, I’d have to face an evening of row upon row of books drooling down at me, offering no potential satisfaction.

It’s a pity that by now, the crowded bookstores of my memory have turned into just that—memory—replaced as they have been with the solitary isolation of a universal computer-glitzy Amazon, selling what it wants and not caring what you think about it. “Go home and jerk off,” it seems to say. “You were going to do that, anyway!”

Yet, in my memory, the pleasure of crowded bookstores still lingers—a soft melody from a classic radio station, and a blissful smile or a nod from another browser as I eyed him prowling the book stacks. Over the years, I’d forgotten the meaningless books I pretended to savor, setting one down, picking up another, and then seeing them all replaced by a vacuous empty computer screen blankly staring at me. Still, the peopled memory always remains, and when I was offered the chance to review erotic books for Lambda Literary, being a long time book reader and lover, I greedily jumped at the chance.

This takes me still further back—to the ‘60s, long before video screens or peep shows, where my erotic entertainment waited for me the magazine stores of 42nd Street. Near 8th Avenue, there was a store displaying what it supposedly offered: perfumes, knives, phony ID cards and other knick-knacks. Inside it, though, was a vast room packed with pornographic magazines displayed on ten or twenty tables, and with eyers, gazers and peepers skimming through the magazines, with one eye giving another an eye and the two hopefully trailing after each other. Along the wall were racks upon racks of filthy paperbacks. That’s what the notation above the rack read—Filthy Paperbacks—and that’s what they were: books of sexy short stories, cheap quick-read goodies and jerk-off grabbers that would hold you by the lapels and just as easily let go as you flushed the toilet afterwards.

What a nice pleasant feeling it was to be currently holding a book with a similar title of so long ago: Love Between Men, edited by Shane Allison. A warm smile skimmed my face as I looked at the contents. I must say, the stories in it are not bad considering their main purpose: to be read once, maybe on the beach or in the park, then quickly forgotten and replaced by the next one.

Some stories brought a smirk or a chuckle, such as Gregory L. Norris’ “Tom’s Feet”—in which Tom has big feet and loves to have them licked, sniffed and eaten out over and over again—and “Token” by Pepper Espinoza, which elicited a soft sigh because in it, it’s Valentine’s Day and two men who have always met for nothing more than sexual quickies now plan on being together for a little longer. “One Afternoon in the Bible Belt” by Jeff Man, is just that—a quick moment of S&M companionship in said locale. In “Loggers” by Bob Vickery, two loggers screwing in the woods spot a photographer taking pictures of their campsite. Jonathan Ascher’s “Switchback” sees a bunch of men watching a porno film; some of the men are close lovers, while the others will go to bed with anyone. Surprisingly, one of the best stories in the collection is by a woman. It’s “Sexathon” by Rachel Kramer Bussell, and it’s about a man who enters a sexual contest and the woman who agrees to go along with the charade.

The majority of the stories in this collection were cute, easy reads that you could do while sunning yourself and then toss aside, not unlike what I did with the books of the ‘60s and ‘70s, which were available once upon a time on 42nd, or on 8th, or on Christopher…

The Deviant’s War is a Timely and Essential Read
‘Sweet, Sweet Wine’ by Jaime Clevenger
‘The Takeaway Bin’ by Toni Mirosevich

Mykola (Mick) Dementiuk is the author of Times Queer, Vienna Dolorosa, and the Lambda Award Winner of Bisexual Fiction Holy Communion (Synergy Press). Ten years ago, he suffered a stroke while in the process of working on his novella My Father’s Semen (STARbooks Press anthology Cruising for Bad Boys) and now writes with one finger of his left hand, his right arm and leg paralyzed. His ebook, Dee Dee Day, about an elderly transvestite in NYC in the 1970s was released recently (eXtasy Books). His to be released ebook Variety, Spice of Life is about transvestites who teemed Variety Photoplay movie theater on the Lower East Side in the 70s. MykolaDementiuk.com