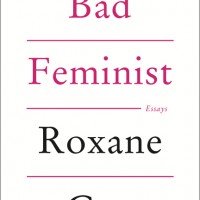 Bad Feminist feels in some ways like a book of the summer. The essays are academic—author Roxane Gay has a Ph.D. and is a tenured professor—but the topics range from Tyler Perry films to the Sweet Valley High books for young adults. The title appears on the cover in a glossy shade of pink that’s just crying out for ten toenails to adorn. And of course Gay is seemingly everywhere, editing literary journals, popping up in Oprah Winfrey’s O Magazine and, if you’re among her Twitter fan base, reporting on the outcome of meals prepared by Barefoot Contessa Ina Garten alongside observations about the protests in Ferguson. The book is worth reading now, since there’s so much in it worth discussing, but Bad Feminist has staying power. The most enlightening conversation it’s likely to provoke will be a deep self-examination of values, attitudes, guilty pleasures and cultural touchstones. You’ll come out of that exchange a different person than the one you were going in.

So, how does one engage in soul mining by way of The Real Housewives of Wherever? In the essay “Garish, Glorious Spectacles,” Gay first looks at Kate Zambreno’s novel Green Girl, tying it to Joan Didion’s Play It As It Lays and Judith Butler’s writing about gender as performance. She admits to loving reality television for making it seem as though “the whole of life is a performance,” but on closer observation notices how “life” in this case is scripted to make women appear stereotypically catty and cruel. It’s a keen analysis, pulling the high and lowbrow together to make it plain how rarely women control the story of our own lives, yet how within that limitation we find ways to act it out nonetheless.

Many of the essays here are similar in structure, clearly describing a movie, book, or television show so that readers don’t need to read the entire Fifty Shades trilogy to understand Gay’s analysis and response. That said, her take-down is so artful and hilarious you may want to read them anyway. Her arguments are rigorous throughout, but the book is free of academic jargon, a blessing for lay readers.

One of the gifts of Bad Feminist is its title and the questions it raises. Bad meaning what? Compared to what? According to who? Gay, who is gifted with the ability to represent two sides of an issue and find potential validity in both, finds that feminism is too quick to elect a hero, only to take her down the minute she ceases to fulfill our ideals. When it comes to being put on a pedestal, she writes, “Consider me already knocked off.” A bad feminist is thus free to embrace imperfect media for entertainment’s sake, and also to hold opinions that others may deem harmful to the movement. This forces a healthy growth spurt within a movement that has long confined its sphere of influence to white middle class cisgendered American women. Bad feminism, the admission of its imperfections right in the warranty, manages to be both kinder and more inclusive of all women than the divisive model many of us grew up with.

An essay titled “Peculiar Benefits” examines the concept of privilege and in just five pages manages to make it personal, universal, and applicable to readers lives in the moment. Gay is the daughter of Haitian immigrant parents, and trips to their home reveal poverty the likes of which is not seen in even the poorest corners of the US. Being female and a woman of color are areas where Gay lacks privilege, but her education and upper middle class status provide some agency, a fact with which she’s sometimes uncomfortable. She encourages readers to “understand the extent of your privilege,” and be more aware of the advantages and disadvantages that others live with, but she’s quick to call out those who assail others based on privilege alone, a move that can only shut down a debate, never further it. She asks, “Must we satisfy our need to be heard and seen by preventing anyone else from being heard and seen?”

In some ways this essay served as an Allen wrench to take apart and reassemble Gay’s other arguments in order to better understand them. Gay is unique, but many of her experiences resonate powerfully. Comparing and contrasting life experiences along with trash TV habits, theories about rape jokes and body image and The Hunger Games, readers learn a lot about Gay’s life and how it formed her views. But the clarifying effect it has on one’s own thinking, the way her stories bring up your own and force you to rethink old assumptions, is heady stuff. If embracing contradictions, trying to learn things outside your comfort zone and listening to others rather than lecturing them about how to act makes for a bad feminist, may our numbers increase by the millions. The world can only be better for it.

'If I Loved You Less’ by Tamsen Parker
'The Cruel Ever After' by Ellen Hart
'Missed Her' by Ivan E. Coyote