The Banal and the Profane: Justin Allen

The Banal and the Profane: Justin Allen 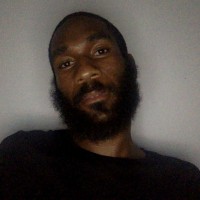 “The best artists explore form’s elasticity, sensitive to how far they can stretch it before the work fails.”

This month’s  “Banal and Profane” column comes to us from writer Justin Allen.

Justin Allen is a writer from Northern Virginia. He earned his BA in Literary Studies from Eugene Lang College, The New School last spring and has written for AFROPUNK, The Studio Museum in Harlem’s Studio Blog, and Saint Heron. He is also one third of artist collective BD GRMMR, alongside friends Yulan Grant and Brandon Owens. He lives in Brooklyn.

At 12:00 a.m., I arrive to a friend’s apartment for his birthday party. The thirty or so guests wear an assortment of skinny or cuffed jeans, streamlined training sneakers, and designer jackets. Olmeca Altos tequila-cocktails get poured and passed around in plastic cups as arriving guests contribute their bottles and six-packs to the selection.

I’m in Brooklyn, namely Bedford-Stuyvesant. I wear cuffed, black Levi’s 501s and a pair of black Nike Air Max. I should mention my age–22–and that few attendees look to be over thirty. Most are of color, primarily Black and Latino, and many are queer. Many, including myself, are also not from Brooklyn–neither born nor raised here–but we live here now.

At 7:30 p.m., I arrive to Greenpoint, Brooklyn’s concert venue the Warsaw. The space is cold and white. The weather’s dropped from summer to fall temperatures and the audience is predominantly white.

I am here to see The Blood Brothers, a hardcore band I have not seen perform live in eight years, but whose music I have more than once described as changing my life.

Their drummer, Mark Gajadhar, is South Asian and their bassist, Morgan Henderson, is Black. Between their set and the opener’s, the venue plays mid-2000s hip-hop–Three 6 Mafia and 50 Cent–that none of the white people know how to move to.

Early on I see another Black guy and feel both exposed and encouraged to say hello. He sees me, too, but we don’t introduce ourselves.

I have the day off, so I work from my apartment and think about my grad school application. I assure my three recommendation letter–writers I will have a personal statement to them today. I have written nothing. The kitchen’s dirty, so I clean. After I clean, I work out: five sets of seventy crunches, twenty push-ups, thrity squats. After I workout, I do laundry. 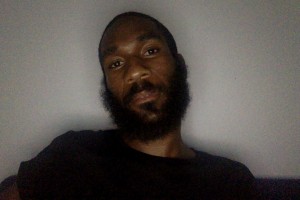 Anyway, where was I?

So, I do get to writing my personal statement, but not until around 1 a.m. on Tuesday.

This past friday an editor from Lambda Literary contacted me about writing a piece for their monthly column The Banal and the Profane, for which queer writers document each day of one week. I, of course, accept the invitation.

I begin with my going to see The Blood Brothers in Greenpoint and describe my reimmersion into a crowd of white, hardcore music enthusiasts in ASICS sneakers and hoodies–a demographic I thought had gone extinct back in 2009 when I quit Myspace. From here I transition into how The Blood Brothers inform my writing practice:

The Blood Brothers’s song structures introduced me to formal rule-breaking, and how to break rules effectively. What conventions I had learned at the time for qualifying good music–on pitch vocals, catchy choruses, sonically and conceptually approachable lyrics–their music upended. At first I hated their music, its screaming and seemingly random shifts. But soon the band taught me that music, and art, are not about fitting preconceived forms, but innovating forms to fit subject matter. The best artists explore form’s elasticity, sensitive to how far they can stretch it before the work fails.

Interesting, for me, because I haven’t listened to Kathleen Hanna since high school when she played with Le Tigre and I had a Myspace. Though too young to experience the Riot Grrrl movement she partook in, I rummaged through Bikini Kill videos on YouTube when,  freshman year of college, a friend posted photos of the band on her Tumblr.

I google Kathleen Hanna and surf her website. Unknown to me, she’s remained productive in recent years, this year curating a show in Canada and even starting a new band in 2013. My most interesting find, however: a post on her blog about Brontez Purnell, a queer, Black zine-maker and singer for Oakland-based band The Younger Lovers. Continued browsing leads me to a video for The Younger Lover’s song “Get Up Get Up (Love Makes My Heart Beat Faster).” The song ignites nostalgia.

Will this be somethin’, or will it be nothin’ at all? While you waste your time, I put my make-up on.

I recall my teen years of sexual discovery and suburban apathy–a simultaneous absence of, disinterest in and hunger for explanations.This former version of myself I both retrospectively romanticize and presently try to avoid, determined to distance myself from past emotional obstacles while curious as to how pasts fumbles inform current hesitations. I utilize third person to keep him at a distance.

Will I been anything than a fucking clock-puncher?

In the song, Purnell’s voice sounds young in a stridently soft and curiously confident sort of way, and echoes through an empty space of guitar chords as upbeat as they are inquisitive. His lyrics express uncertainty and contemplation, but demand answers.

Good men have died so I can take the spot, so Ima–

My former version was too timid to demand answers, so he’d slam shut his bedroom door and blast music that demanded answers for him. Because suburban Northern Virginia was designed for comfort and convenience, a narrow spectrum of emotions kept neighborhoods and their households quiet. That this constriction slowly ate away at him, no one seemed to notice.

An off-duty police officer shot and killed an eighteen year-old Black male in St. Louis, Missouri. When I wake to reports, various news outlets publish the victim’s name as either Vonderrit or Vonderrick Myers. Some report that the officer shot him sixteen times, some report seventeen. One account states that the victim fired at the police officer first while another, that he was not concealing a weapon, but holding a sandwich he just bought from a convenience store.

Scrolling Facebook, I also read news from Los Angeles where, a week ago, two robbers shot and killed a trans woman identified as Aniya Parker. The robbers attempted to steal Parker’s purse before opening fire. They fled the scene.

In her speech to my graduating class this past May, Zadie Smith unpacked the glossy allure of the “private”:

Walk down these crowded streets with a smile on your face. Be thankful you get to walk so close to other humans. It’s a privilege. Don’t let your fellow humans be alien to you…There will always be folks hard selling you the life of the few: the private schools, private plans, private islands, private life. They are trying to convince you that hell is other people.

“They are trying to convince you that hell is other people.” That line struck me. Hell is other people. I feel parallels between the news reports and this statement–between frequent killings and the equation of others to hell, a feared place for punishment–though I’m unable to explain what I feel as thoroughly as I wish I could.

Maybe I’m not making sense, but I struggle to make sense of these things. I’m just sick of fear and of people turning up in headlines dead. If this is confusing, I assure you I’m just as lost but even more angry. All I’m certain of is that America is in pieces.

Around 11:00 p.m., I arrive to a friend’s apartment for his birthday party. Before I arrive, my temporary debit card, my only form of payment, expires. I bring no alcohol.

My friend answers the door wearing a wide-brim, black hat and holding a champagne glass. I begin to explain my coming empty-handed and he welcomingly swats away my apology– “Oh please, come inside, come inside.” He tells guests his birthday is officially at midnight, so before we sing we wait for our iPhone clocks to switch to 12 a.m.

The fifteen or so guests wear an assortment of skinny or cuffed jeans, streamlined training sneakers, designer jackets, and sip cocktails made from a selection of juices and liquors accumulated on the kitchen table.

I’m in Brooklyn, namely Carroll Gardens. I wear my black 501s, cuffed. Few attendees look to be over thirty. Most are Black and all but a select few are queer.

You may have noticed, reader: of the two birthday parties I’ve attended with you, I don’t mention how old either of my friends are. This is because being a twentysomething means we all think we’re old, even though we’re still relatively young. Probably because most of us believe we should know what we’re doing, but actually don’t. Or maybe we just think we don’t. Or. Maybe we know, but say we don’t to excuse ourselves from humiliation when we fail. Maybe all of us, all ages, are always failing.

Anyway, I’m out of stories to tell you. The night ends with me getting drunk, hailing a cab in the rain with friends, and going home. The rest of my Saturday is relatively uneventful. I would end this with a poignant observation–a one-sentence paragraph, for emphasis. But that might suggest I know what I’m doing.