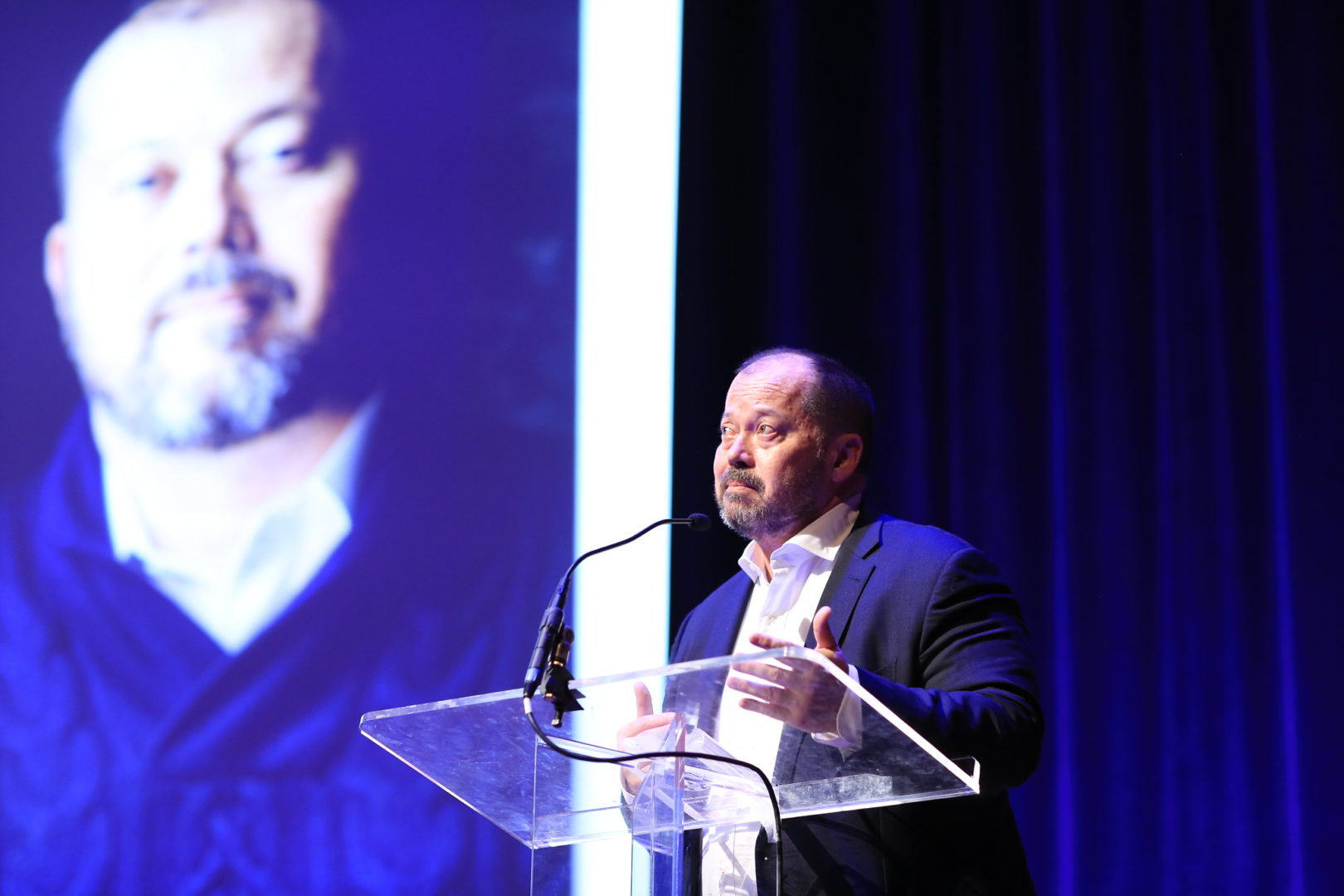 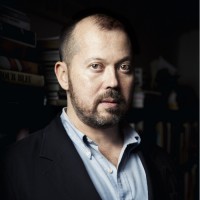 Do you have problems with your love life? Do you hate your job? Is your social life lacking a certain zing? All of these questions and more can be answered through literature—or maybe at least by the people who create it. With that in mind, we here at the Lambda Literary Review have started our very own advice column called “Reader, Meet Author.”  Think of the column as a sort of a “Dear Abby” for the LGBTQ literary set. You can send “Reader Meet Author” questions for publication to ReaderMeetAuthor@lambdaliterary.org.

This month’s author is Alexander Chee. Chee was born in Rhode Island, and raised in South Korea and Maine. He is a recipient of a 2004 NEA Fellowship in Fiction, a 2003 Whiting Award, a 2010 MCCA Fellowship, and residency fellowships from the MacDowell Colony, the VCCA, Ledig House, the Hermitage, Civitella Ranieri and Amtrak. His first novel, Edinburgh (2001), is a winner of the Michener Copernicus Prize, the AAWW Lit Award and the Lambda Editor’s Choice Prize, and was a Publisher’s Weekly Best Book of the Year. In 2003, Out Magazine honored him as one of their 100 Most Influential People of the Year. His essays and stories have appeared in The New York Times Book Review, Tin House, Slate, Apology, Granta.com, and Out, among others. He has taught at Wesleyan University, Amherst College, Iowa Writers’ Workshop, Columbia University, and the University of Texas – Austin. He lives in New York City. His second novel, The Queen of the Night, is forthcoming from Houghton Mifflin Harcourt in fall of 2015.

I have been HIV+ for eight years. I am on HIV medications and I am currently undetectable. Usually, when I begin dating someone, I tell them right off the bat about my HIV status (Since learning about my status I have only met guys online and I tell them about my status in our online exchanges.)

Recently, I met a guy the old school way—cruising on the street. We have been casually dating for a couple of weeks and we have a really nice rapport, I’m starting to really like him, but for some reason I’m having a real hard time telling him about my status.

There never seems to be a “good” time to tell him. Before appetizers at dinner? Before the trailers while we are at the  movies? Our time together has been easy, breezy, and fun. But no deep talks as of yet. Just blurting it out seems awkward. “I really enjoyed the Koons show at MOMA. By the way, I’m HIV positive!”

We have not even talked about HIV in any of our conversations—for all I know, he could be positive himself. In your experience, what is the best way to bring up the ‘status” conversation in a casual, honest, non-stressful manner. I don’t want to get into a heavy depressive conversation about it because I don’t feel it is that big of a deal—he, of course, might not agree. Do you have any tips on broaching this subject?

First, congratulations on meeting the old fashioned way. It’s a good way, I think. But it is also a way that comes with this problem, which is interesting—as if the old way of meeting may actually be a little fraught for our times.

First off, we don’t live in the landscape we once did, even two years ago, in regards to HIV. With the advent of PrEP, increased awareness, and testing and treatment, bringing up the issue is now less deep or scary. And as you also acknowledge, he could be in the same situation as you.

Given that, I think I would instead more closely examine your own facility with handling difficult or awkward situations, as that is really the issue—do you not trust yourself to do so? Because you feel something for him, you may be afraid in a way that you wouldn’t be if your connection was based solely on attraction. If all you wanted was sex, it would be different—a quick conversation. But what you are after here is a different kind of connection, and a different kind of sex, too—sex that is not just about pleasure, but is also about emotion. This may make you feel vulnerable, and thus, afraid. But that fear is actually counterintuitive, a mistake—it is you not trusting that you know either yourself, or him, for that matter.

If you normally attract jerks, and you have a history of choosing badly—some of us do—then there would be a reason to be afraid. If you don’t, then, try the following:

And then wait for his reaction. And ask him to tell you his situation. And then go from there.

Keep in mind: Yes, you’ll have to hold onto that heart of yours as you do it. There is a chance he’ll be strange about it. Give him room to be surprised and know that while it might take time for him to get used to it, it might not. But most importantly, you don’t want him—as much as you like him right now—if he can’t handle it. This is the moment to love yourself more, as it were, than him.

You are, after all, setting a boundary of a kind. You don’t want someone who can’t handle this. Too many of us mistake physical boundaries with emotional ones, and they are distinct. Not talking about this is a way of making his potential discomfort more important than you, and that’s not good for your self-esteem. It makes him dangerous to you. Letting people be dangerous with us doesn’t bring them closer, and it doesn’t guarantee their love.

And lastly, the reason this feels huge, despite your attitude toward it, is because however you live with it, it is still bigger than you—it’s bigger than us all. In a very impersonal way, we all have to live with it, whatever our status. But for some people, maybe for him—you’ll know soon—what’s huge is that they met you. That happens, that’s not fake.

You can do this, you can have this conversation. Good luck, and I’ll keep my fingers crossed for a hot, happy result.

I live alone in an apartment complex with very thin walls and when I have sex apparently my neighborhood (who is also gay, by the way) can hear all my sex sounds coming through the walls. He is always giving me the side-eye and making shady comments about the noise coming from my apartment.

I find these comments rude and totally inappropriate. We live in an apartment building with pencil thin walls. The facts are, Missy, sometimes you are going to hear your neighbors getting it on. Deal with it without comment and move on.

What is a polite way to basically tell him to keep his comments to himself? Neither of us are planning on moving any time soon. (Hello rent control!) So, I don’t want to make this shady queen an “enemy neighbor for life,” but at the same time I no longer want to put up with his comments.

Sex apartment noise is hard to endure, as sex is not something the person on the other side of the wall is having. But yes, he is being really inappropriate and out of line. However, you are being a loud neighbor as well—neither of you has the high ground.

In a way, both of you are actually mad at your landlord, not each other. This is because legally, nothing can be done. Your landlord will not soundproof without raising the rent, and, as you said, you don’t want to make the neighbor an enemy.

If you feel safe saying something—and it is about safety, as he lives so close—I think the thing to do is to address the subtext the next time he makes these comments. He isn’t actually telling you to be quieter. He’s just telling you he can hear you. So…you can say, “I can’t tell if it bothers you or not—if you want it quieter or louder.” That will give him an opening to say whatever it is he is feeling about it, and for you to respond. If he says he wants it quieter, you can say, then, “We both know that in this building, the normal life noises just get passed around.” If he says “louder,” you can say, “Well, that’s inappropriate,” laugh, and walk away. Then at least you’ve told him.

You could get some earplugs to hand him at that moment. And as you do, say, “I’ll try to be quieter.”

There isn’t a lot you can do to control his behavior otherwise, I’m afraid. As you are neighbors, and you are technically the offending neighbor—by which I mean, you are the one making the noise to begin with—you do have to be careful and diplomatic. If the walls are that thin, can you take a week and figure out his schedule? Have the loud sex when he isn’t home, and then when he is, have quieter sex?

When a bar recently went into the place below our own rent controlled NYC apartment, my partner and I learned firsthand that nothing would be done—after a year of calling the police and 311. So we managed through: white noise machines, air conditioners, ambient music, headphones. My partner put in a soundproof floor. It was expensive, but it wasn’t as expensive as moving out and living somewhere else. Maybe look into what some easy solutions might be—you are the one you control best. You could try putting a big bookshelf with books on that wall you share with him. You could try moving your bedroom to another room that isn’t near his wall, or invest in something like cork board for that shared wall if you can’t move bedrooms.

But a rent controlled apartment and a noisy sex life is it’s own kind of great problem to have. At some point you’ll have to decide which you prefer. In the end, I’d say, you could also ask your guests to keep it down. (And there are fun ways to do that too.) Then, have the noisy sex when you go over to someone else’s house.

My partner broke up with me and left me completely shattered. Any book recommendations to get me through it?

I’ve been there. I know all of the books. 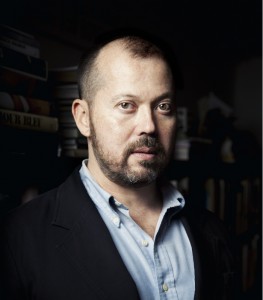 When this happened to me, I did a lot of yoga. I did so much yoga, I ended up getting certified to be a yoga instructor. I was having silent dreams, which is a sign of trauma apparently, and I would have to run into the bathroom at work so no one could see me start crying because I found I couldn’t stop myself. It was bad. But yoga got me through, and I would suggest it—if you aren’t already doing it—because it is a way to begin a conversation with yourself that is going to really help you.

Having said that, here are some of the books that absolutely got me through:

When you read these, read them on your back, so the tears go off the side onto your pillow and not onto the book.

And then when you get up, be done with grief and go get your life.

I wish you a much happier future love.

Craig Moreau, "Facebook Psalms"
Q&A With Self-published Writer Tom Schabarum
'Since I Lay My Burden Down' by Brontez Purnell