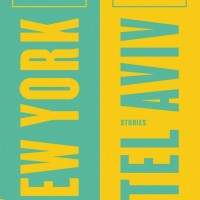 In her new collection of short stories, New York 1, Tel Aviv 0 (Farrar, Straus and Giroux), Shelly Oria covers a lot of ground. As the title suggests, many of the stories revolve around individuals who are physically and metaphorically torn between the United States and Israel. But the book’s main draw is the Oria’s uncanny ability to create rich, fully realized characters in the span of just a few pages, and to do so in a way that demonstrates her grasp of an impressive range of styles, genres, and structures.

Oria herself was born in Los Angeles, grew up in Israel, and learned to write in English in New York—an experience that is echoed throughout the collection. In the eponymous first story, for example, an Israeli woman living in New York confronts her feelings about the three-way romantic relationship she’s currently in and grapples with the knowledge that its other two members are sneaking around together. In another, entitled “The Disneyland of Albany”, an Israeli artist brings his daughter along with him on a trip to sell his paintings to an American Zionist, while he himself tried to suppress his conflicted feelings about the political actions of his homeland in order to make the sale. The expat point of view is thoroughly examined by the author, but it is interwoven cleverly throughout the book and often serves as a secondary plot point.

Oria puts a wide array of narrative techniques and structures on display. One story tells the beginning, middle, and end of a relationship through numbered kisses. Another reveals the relationship between two roommates and lovers by breaking down their activities each day of the week. Yet another catalogues the conversations a woman has with retail workers in fitting rooms. Rather than distracting from the story itself, these creative approaches to revealing the inner life of a character serve to pull the reader further into the narrative.

The variety doesn’t come only in the format. Each installment swings wildly from the seemingly mundane (an Israeli expat visiting home and not being able to distinguish between the siren that signals a time for remembrance and the on that connotes emergency; the fear a woman has that her wife is going to leave her for her male cooking instructor) to the magical realist. Between the front and back covers awaits tales of sinister fog, a woman who can stop time, a phantom beeping, and more.

Regardless of style or genre, each narrator–be it a man, woman, straight, gay, etc.–shares a desperate desire for human connection and a paralyzing fear of loneliness and isolation. The woman in the threesome and the roommate with the weekly routine both work very hard to avoid doing anything that may drive away the passionate woman in their respective lives, while the woman who has the power to stop time allows herself to be used by a man who has promised her a baby. The fact that the reader can become so invested in such a quick snapshot is a testament to Oria’s deft touch as a storyteller.

Despite the disparate elements it contains, New York 1, Tel Aviv 0 is a harmonious, compulsively readable collection. Oria has demonstrated in an intelligent and subtle way that some needs and truths are universal, regardless of the version of the world you happen to inhabit.