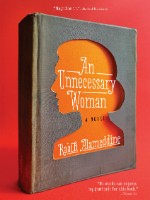 This week in the LGBT-themed arts:

Brain Pickings profiles Pfaff’s, a 19th-century New York City saloon which is also the earliest known example of a gay bar in the U.S. The bar was a refuge for Walt Whitman in the aftermath of the publication of Leaves of Grass and is discussed in a new book by Justin Martin called Rebel Souls.

Rabih Alameddine‘s novel An Unnecessary Woman is one of ten books longlisted for the National Book Award for Fiction; the shortlist will be announced in October, the winner in November.

Nominated for that award in the YA category is Brown Girl Dreaming, a novel in verse by Jacqueline Woodson, who talks with NPR about issues of sexual, racial and experiential diversity in kids’ books.

Christopher Beha of the New Yorker discusses his excursion through the entire oeuvre of Henry James and how it compares to the discussion as to whether the practice of reading is being infantilized.

Stephin Merritt, the frontman of Magnetic Fields, discusses his obsession with Scrabble and his and Roz Chast’s new Scrabble-themed volume of poetry with the New York Times.

Nathan Lane and his boyfriend Devlin Elliott will work together on a series of picture books focused on a personified bulldog; the first volume is slated for release next year.

In honor of what would have been Truman Capote’s ninetieth birthday, Vulture has published two never-before-seen photos of the author in his house in Brooklyn in the late 1950s.

The Revival, a poetry tour organized by LGBT women of color, will kick off its fourth annual version later this month.

Vogue profiles the recent, massive and unprecedented upswing in independent magazines, some of which are NSFW.

MacArthur Fellow Alison Bechdel has an upcoming graphic novel, “The Secret to Superhuman Strength,” due in 2017.

Alec Johnsson is a member of the Class of 2015 at Haverford College, where he majored in English and minored in Anthropology. He is from White Plains, New York and has studied abroad in Copenhagen, Denmark. Some of his thoughts can be found on his blog, Hydroplaning to Byzantium.