‘Mausoleum of Lovers: Journals 1976—1991’ by Hervé Guibert, Translation by Nathanaël

‘Mausoleum of Lovers: Journals 1976—1991’ by Hervé Guibert, Translation by Nathanaël 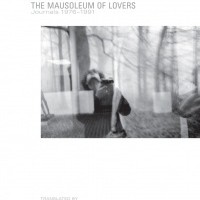 It’s tempting to over-intellectualize the work of French novelist and photographer Hervé Guibert. Guibert saw his heady friend, the theorist Michel Foucault, almost every day from 1977 to 1984. Then, much to the chagrin of others, Guibert fictionalized Foucault’s AIDS-related death in To the Friend Who Did Not Save May Life (1990). To the Friend is one of Guibert’s last novels and the novel which made him a literary cause célèbre in France. Guibert died of AIDS shortly after a suicide attempt in 1991.

Guibert also had had an earlier and rather difficult rapprochement with another older gay intellectual—the theorist Roland Barthes. Like Barthes, Guibert often wrote about photography and about the body. Like Barthes, he often wrote in a form consisting of “fragments”— paragraphs isolated one from the other, sometimes single sentences, sometimes even sentence fragments.

It’s just as tempting to romanticize the work of Hervé Guibert. Guibert had a beautiful face but, at the same time, suffered from a concave chest. Guibert was a gay man of his time, “highly sexed” and “promiscuous,” but at the same time, Guibert shunned popular gay culture and lived instead a rather unconventional artist’s life. To add to the romanticization factor, Guibert was also a difficult person. That didn’t keep him from having lovers, though, including a long-term relationship with a bisexual—“T.,” as Guibert usually refers to him in books. The relationship between T. and Guibert was so central to both of their lives that Guibert was close to T.’s other lover, a woman, and their two children.

Add to the above the fact that Guibert wrote. Guibert wrote a lot. He wrote so much that many of his novels remain untranslated and the newly-translated Mausoleum of Lovers: Journals 1976—1991 (Nightboat Books, translation Nathanaël) weighs in at  over 500 pages. With few exceptions, each of those pages is beautifully filled with the kind of highly wrought language Roland Barthes himself considered literature. But while Mausoleum decidedly advances Guibert’s reputation as a novelist and photographer, and as an intellectual, the final effect of Mausoleum is the force of Guibert’s humanity, his wisdom and sometimes, even, a glimmer of his dark-hearted sense of humor. Mausoleum of Lovers also contains a good deal of sadness, as when Guibert writes, “No longer enough muscles to walk without difficulty in a headwind.”

The poet Wayne Kostenbaum has written that Roland Barthes’ books “can’t be skimmed or summarized.” It seems to me the same can be said of Guibert’s Mausoleum. I am, nevertheless, going to give it a good old college try.

In Mausoleum of Lovers Guibert addresses an array of subjects: AIDS; aging; dreams (35 entries concern dreams in the first 200 pages alone); his thoughts on whatever book he was reading (books by Musil, Isherwood, Guide, Hamsun, Bernhard…); his ideas for prospective novels—some of which he had the time to write and many more which he only hoped to; his observations on daily life in Paris, including a lot of cruising on the bus and the Metro; his travels, which afford him glimpses of gay life in places like pre-glasnost Eastern Europe. He also revisits the many leitmotifs he established in his many novels—himself, his conflicted relationship with his parents, his ambitions as a writer, his love affairs, his preoccupation with the life of the blind (which grew to include his own impending AIDS-related blindness), suicide, and the daily life of his two sick and aging great-aunts.

Shot through all these subjects is Guibert’s aesthetic, an artistic means by which he sought to empty himself, to spill the beans, all the beans, his own beans and the beans of others, and, thereby, achieve catharsis. “I empty myself slowly,” Guibert writes early on in Mausoleum. “I exploit myself.” Also overriding many of Mausoleum’s entries are Guibert’s penchant for transgressiveness, a penchant brought on in part by his admiration of Jean Genet.

There is, thus, much violence, both real and/or imagined, and much lusting after jail-bait, both real and/or imagined, in these journals. There is a good deal of drugs too. The extent to which the violence and taboo sex and drugs are real or imagined are often left up to the reader’s trust in what is, in true transgressive fashion, an unreliable narrator, a narrator who often writes to achieve a dark and hallucinatory effect—verisimilitude be damned.

But what about the humanity and wisdom? The humor? It’s best here to let Guibert to speak for himself through a few passages from Mausoleum.

As to Guibert’s difficult lack of sentimentality and concomitant humanism:

My relations with my parents have been reduced to expressions of care, fear, reciprocal worry. I am extremely cold with them, they don’t dare ask me any questions. But I think: just letting them see me, and still alive, is the greatest gift—the only one—that I can grant them.

Z. asks me what drives me to take these photos of my great-aunts, first I say love, then I say, “What can you do, I nonetheless have something of an attraction for that almost moribund flesh.”

Writing is my faculty for love, my human faculty.

As to Guibert’s philosophical bent, and as to his wisdom, which is often expressed in aphorisms:

Jealousy isn’t only malicious paranoia, it is also a sort of homage.

Dinner with Philippe is the thing that relaxes me the best…. To see T. is a pleasure of another order, obviously more profound, but also darker (more available to darkenings), more susceptible, more rigid (difference between love and friendship?).

The only way to master time is work.

The worst is experienced in dreams to lessen the worst of life.

And as to Guibert’s humor, his occasional lightheartedness and self-deprecation:

At the back of a small car with a white eight-month-old Labrador, he has an erection, he stuffs his tongue into my ear; it had been a long time since I had been made love to so well.

T.’s daughter stumbles upon fellatios in a magazine and says that these people are eating carrots.

On Christmas Day, my sister …announced to me that she intended to call her son Hervé ….I had always considered my sister to be a balanced person.

A word, in closing, about the form: A journal is in a way a fractured or unfinished memoir. And as we know from the many recent controversies surrounding the veracity of memoirs, memoirs often have some element of fictionalization in them. Mausoleum of Lovers is to some extent best understood as a fictionalized memoir or, indeed, a novel. Mausoleum, in other words, is replete with narrative threads. As Guibert’s great-aunts age, for instance, his own health declines and he begins to feel as though he’s aged. In the process, he develops a greater communion with his aunts.

And just as Guibert choose to begin Mausoleum of Lovers with an entry that describes the book as a place where T. “could come and read, at any moment, in my absence,” it ends with this tortured entry concerning his beloved T.: “T. cried in my arms, on my bed, it was worse than the suffocation I had around my heart after having had my lung pierced with a syringe.”