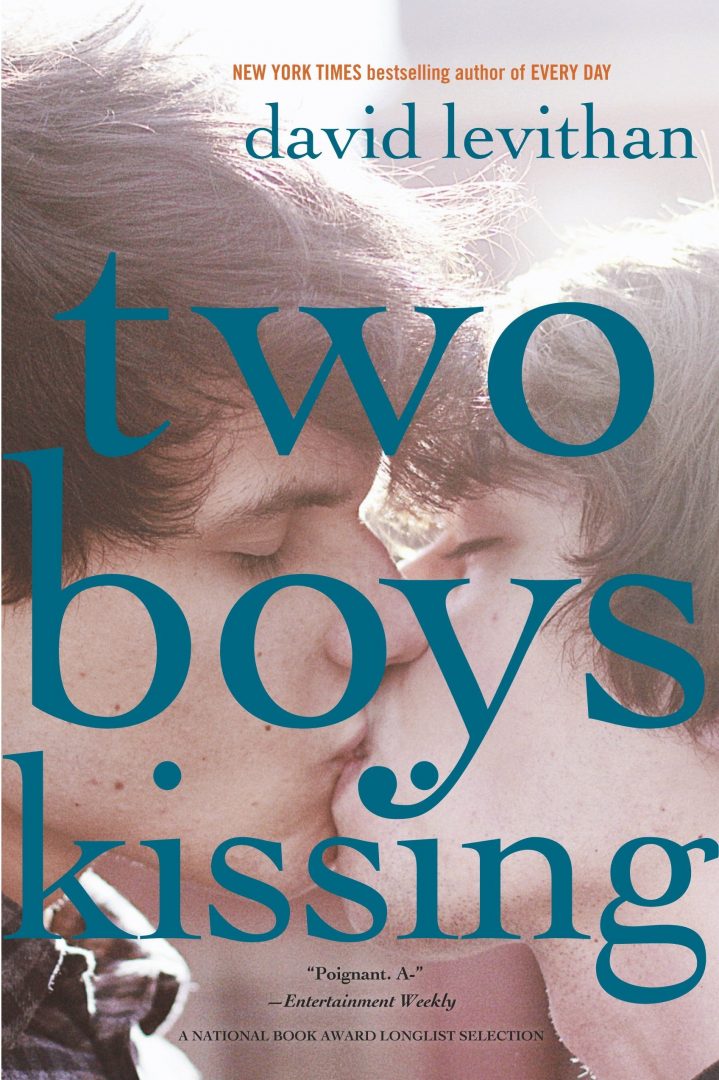 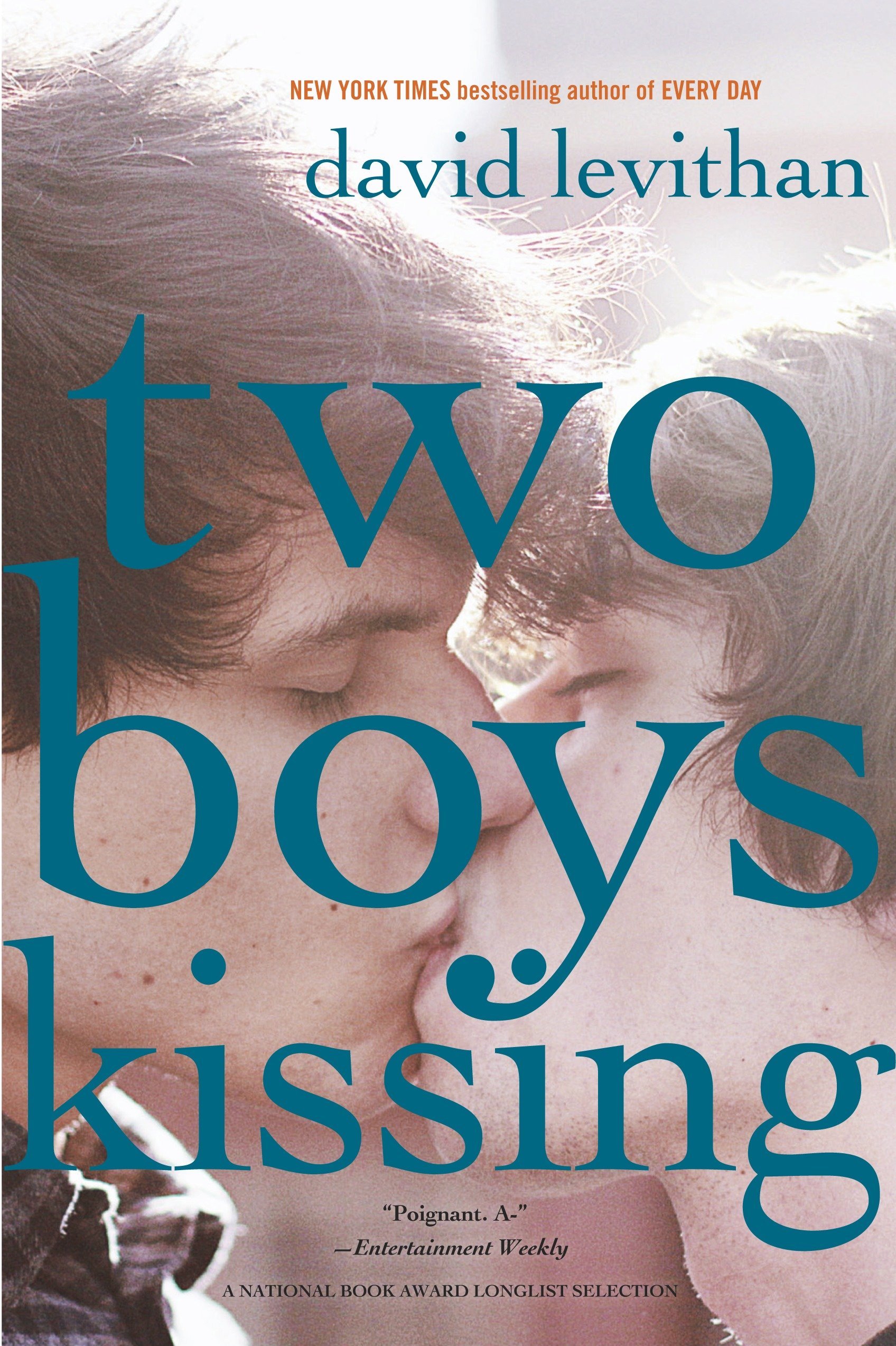 When you start reading this book, you may feel disoriented and confused. The “voice” may seem unclear and almost too intimate. There are no chapters; just spacing delineations. The title characters do not appear for ten pages. You might think of ditching it, yet wonder about what you have read.

Please. Stop. Close the covers. Take some time – a minute or an hour or a day. Then start at page one and read words so carefully crafted, you can hear them.

Craig Cole wants to make a statement, a difference, after his friend Tariq is assaulted. When he decides to attempt breaking the world’s record for continuous kissing, he enlists the help of his once-boyfriend Harry Ramirez. The event begins on the high school lawn Saturday morning where the boys must remain standing, lips touching for 32 hours, 12 minutes and 10 seconds. Tariq sets up to verify the event by transmitting in real time globally; Smita, Craig’s friend, attends to the boys’ needs; and Harry’s parents lend support along with other adults. Only Craig’s parents aren’t there. They don’t even know.

Each boy has his own reasons for being committed to the successful completion of the challenge. Neither is aware of how this one public act will affect others, much less each other. The kiss results in a variety of malevolent acts of dissension, as well as the spontaneous creation of a supportive community.

Kisses matter to Peter and Neil, a couple who are solidifying their relationship. They kiss surreptitiously in public. They even kiss each other good-night online. It’s easy at Peter’s house; but Neil discovers he needs to feel better about their kisses.

Ryan has just met Avery at a gay prom held in the neighboring town. Both anticipate the kiss that will establish their connection. Each wonders if their truths – and how to reveal them – might sabotage everything. Especially Avery who is transgender.

For Cooper, kisses are just necessary foreplay to reckless sex acts he hopes will make him feel better, although he knows the kiss he longs for is one of acceptance. And not from those he lies to; but from those he loves. But on that Saturday, Cooper is convinced he will never receive that kiss he so desperately desires – and needs.

Two Boys Kissing is a powerfully explosive work of literary art in the young adult genre. Levithan incorporates the concept of the Greek chorus, giving an active voice to “the ghosts of the remaining older [gay male] generation”, allowing the reader to see and hear the action from an omniscient entity that comments, teaches, cheers, and grieves. It is the usage of this device that may be disturbing during an initial reading. At times, the ghosts are almost overwhelming. Since the chorus has no ability to effect change, the reader will mourn their lack of power over the real world. However, the chorus gives his words a resonance, melding history with the present and projecting into the future.

Levithan’s novels are a testament to his skill as a master story-teller of the adolescent experience. He embraces the unconventional, as exhibited in his body of work, in a language clearly understood by multiple generations. He finds inspiration for his book concepts everywhere, such as real world events (Two Boys Kissing); photographs (Every You, Every Me); and music (Nick and Norah’s Playlist).

Whether constructed independently or in collaboration, his writing tends to be character-driven/character-central, each personality unique. Levithan does not shy away from placing his characters in context, including peoples who populate the real world of teens, e.g., parents, teachers, siblings, friends, etc., and, therefore, all the intricacies of their interrelationships. In Two Boys Kissing, there is a distinctive paucity of setting description, necessitating the picking and choosing of the most effective words to create visual images, such as naming the two communities Kindling and Marigold. Other words engage the readers’ sensory experience, as in describing how the boys dance, lips always touching, to “Dream A Little Dream Of Me”. Then the chorus hails the presence of Tom Bellamy, someone of their generation, who is “powered by an engine of grace.”

The ending may leave readers begging for more. Like the chorus, the reader may come to care for the various characters, want to oversee their futures. Sharing in their joys and feeling their pain may seem desirable. But like all good stories, there must be an ending.

In 2013, Two Boys Kissing was published and subsequently nominated for/awarded five literary honors, as well as surviving a request for banning from a Virginia school library. On 10 May 2014, Michael Alan Sam, an openly gay defensive end, was drafted into the National Football League and celebrated by kissing his boyfriend, Vito Cammisano, in public.

'Mogul: A Novel' by Terrance Dean
'All I Love and Know' by Judith Frank
'Valerie or, The Faculty of Dreams' by Sara Stridsberg