“The Turing Test” by Jason Schneiderman

“The Turing Test” by Jason Schneiderman 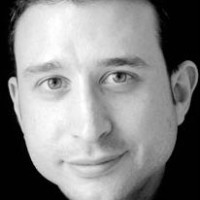 This week, a new poem by Jason Schneiderman.

______It might be urged that when playing ‘the imitation game’ the best strategy
______for the machine may possibly be something other than the behaviour of a man.
__________–Alan Turing

Who do you think he is, this boy in the midwest
jerking off to the end of Alan Turing’s biography,
getting aroused by the parts where the shame
and degradation are exactly what he’s always wanted,
at a pornographic remove, and his history teacher
knows nothing about the end of Alan Turing’s life,
which this boy will wisely leave out of his report.
Chemical castration? Hot. Nascent breasts? Hot.
Driven to suicide? Hot. Hot. Hot. And yes,
in the morning, on the schoolbus, or in the driver’s
seat of his friend-girl’s car, he’ll think, that was
seriously fucked up, jerking off to that, and he won’t
even tent his pants by the light of day, knowing
he erased his browser history of all the chastity
blogs, and all the chatrooms where he gets to be
six foot two and the captain of the football team
who always just turned eighteen yesterday and
is enslaved to his coach, but that fantasy is getting
tired, and his mind wonders to tomorrow’s trig
exam, and soon he’ll get back to Alan Turing,
cock-slave to his government. Hot. Defeater of Nazis.
Hot. And by day, this you’re-not-fooling-anyone
president of the Gay/Straight alliance may be furious
at how this hero was treated, will start a petition
to get the science lab named for Alan Turing,
but at night he wonders, in one recurring fantasy,
if he could ever pass the Turing test, but in the other
direction. If maybe, just maybe, no one could ever tell
he was human.

JASON SCHNEIDERMAN is the author of the poetry collections Sublimation Point and Striking Surface. He is Poetry Editor of Bellevue Literary Review, and Associate Editor of Painted Bride Quarterly. He is an Assistant Professor of English at the Borough of Manhattan Community College, CUNY.

A Poem by Caroline M. Mar
‘When I Grow Up I Want to Be a List of Further Possibilities’ by Chen Chen
Reflections on the Lambda Literary Writers Retreat for Emerging LGBT Voices