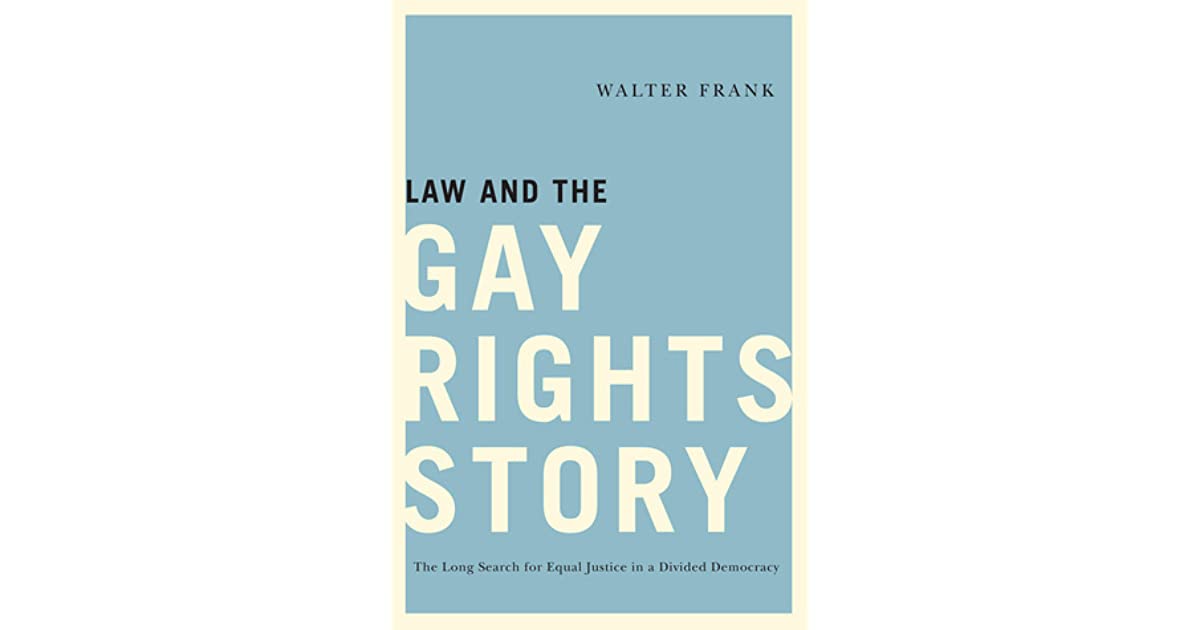 ‘Law and the Gay Rights Story: The Long Search for Equal Justice in a Divided Democracy’ by Walter Frank

‘Law and the Gay Rights Story: The Long Search for Equal Justice in a Divided Democracy’ by Walter Frank 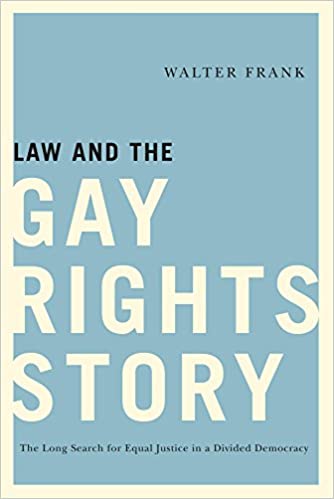 For many American LGBTQs, June 26, 2013 was a day in which everything changed. On that date, the Supreme Court of the United States, in a stunning 5-4 decision, ruled in United States v. Windsor that restricting the federal interpretation of “marriage” and “spouse” to only heterosexual unions, as specified in Section 3 of the Defense of Marriage Act (DOMA), was unconstitutional under the Due Process Clause of the U.S. Constitution’s Fifth Amendment. Since that momentous ruling, the legal landscape for LGBTQs has undergone a tectonic shift, with district, state, and federal courts from around the country almost uniformly ruling in favor of gays and lesbians by upending state constitutional bans on same-sex marriage.

Of course, and not surprisingly, it has not always been this way. In fact, a mere 60-odd years ago, the law offered zero protections for homosexuals, who were routinely subjected to arrest, harassment, being dismissed or fired from their jobs, and public condemnation. It is at this point in American history that Walter Frank begins his book Law and the Gay Rights Story, which provides an illuminating overview of the often-contentious intersection between American jurisprudence and the gay rights movement. Drawing on an impressive number of landmark legal rulings, the majority of which were in response to gays’ and lesbians’ inexorable emergence and visibility in society, Frank ably traces the process in which “American law codified in many ways the moral attitudes of the time” and, only until very recently, “offered little protection against society’s prejudices.”

Throughout Law and the Gay Rights Story, Frank attempts to fashion a linear historical narrative out of these rulings and findings, though at times his temporal points of reference get jumbled, particularly when he discusses multiple legal cases or adjudications that build on (or overturn) earlier legislation. As well, Frank occasionally omits details that would add some much-needed context. For instance, in the discussion about violence and bullying of gays, he talks about Patterson v. Hudson Area Schools, which involved a brutal school bullying, but he only devotes a single paragraph and precious few details about the case, leaving the reader wishing he would have said much, much more.

That being said, Frank does an especially admirable job of parsing legalese into understandable and readable prose. He is also adept at putting a human face on these legal cases, sometimes with very amusing results. Take for example Frank’s discussion of curriculum issues in his “Public School Struggle” chapter in which he shows that the fight over California’s Proposition 8 began, ironically, in Massachusetts. In January 2005, kindergartner Jacob Parker brought home the picture book Who’s in a Family? which illustrated various family combinations including ones with two moms or two dads. Parker’s parents filed suit in federal district court, arguing that the books “amounted to an attempt an indoctrination that violated their and their children’s right to the free exercise of religion“ as well as violating their “rights as parents to direct the upbringing of their children,” and they sought an injunction requiring the schools to allow children to opt out of presentations that embraced, affirmed, or celebrated “views of human sexuality, gender identity, and marriage constructs.”

Unsurprisingly, the court was not persuaded and instead offered a unintentionally humorous, if pointed, rejoinder reminding the parents that their autonomy was not undermined, nor would exposure to these materials “automatically and irreversibly prevent the parents from raising Jacob in the religious belief that gay marriage is immoral” (Parker v. Hurley, 100). The case and the resulting ruling generated immediate controversy among social conservatives who, as Frank remarks, felt besieged by a society that increasingly supported what they viewed as immoral relationships, and subsequently deployed it in the anti-same-sex marriage campaign for Proposition 8.

Indeed, Walter Frank is at his strongest when writing about the legal fights over same-sex marriage, even though it seems apparent that even he (at least when writing this book) did not anticipate the unprecedented speed in which courts were ruling and marriage bans were falling. Instead, Frank strives to take a pragmatic, balanced view of arguments for and against same-sex marriage (as, in fact, he does with all the major issues covered in the book), acknowledging issues of federalism, potential consequences, and what it truly means to be a democracy. Taken as a whole, Law and the Gay Rights Story serves as an important complement to other recent explorations of how gays and lesbians have helped change the American legal landscape.

'Trauma Alert: A First Responders Series' by Radclyffe
'Portrait of an Addict as a Young Man' By Bill Clegg
'Tea Leaves: A Memoir' by Janet Mason

Nathan G. Tipton earned his Ph.D. in Southern Textual Studies at The University of Memphis in August 2013, and is a longtime contributor to Lambda Literary Review.