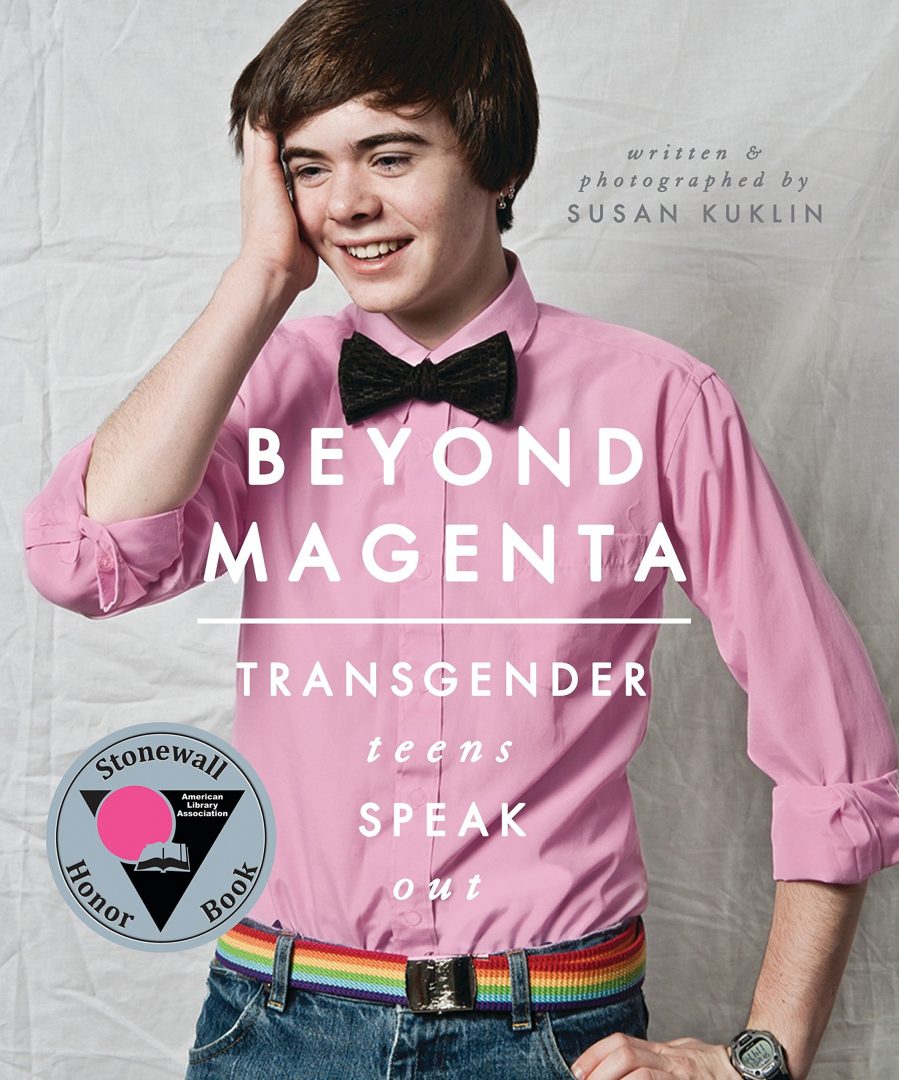 ‘Beyond Magenta: Transgender Teens Speak Out’ by Susan Kuklin

‘Beyond Magenta: Transgender Teens Speak Out’ by Susan Kuklin 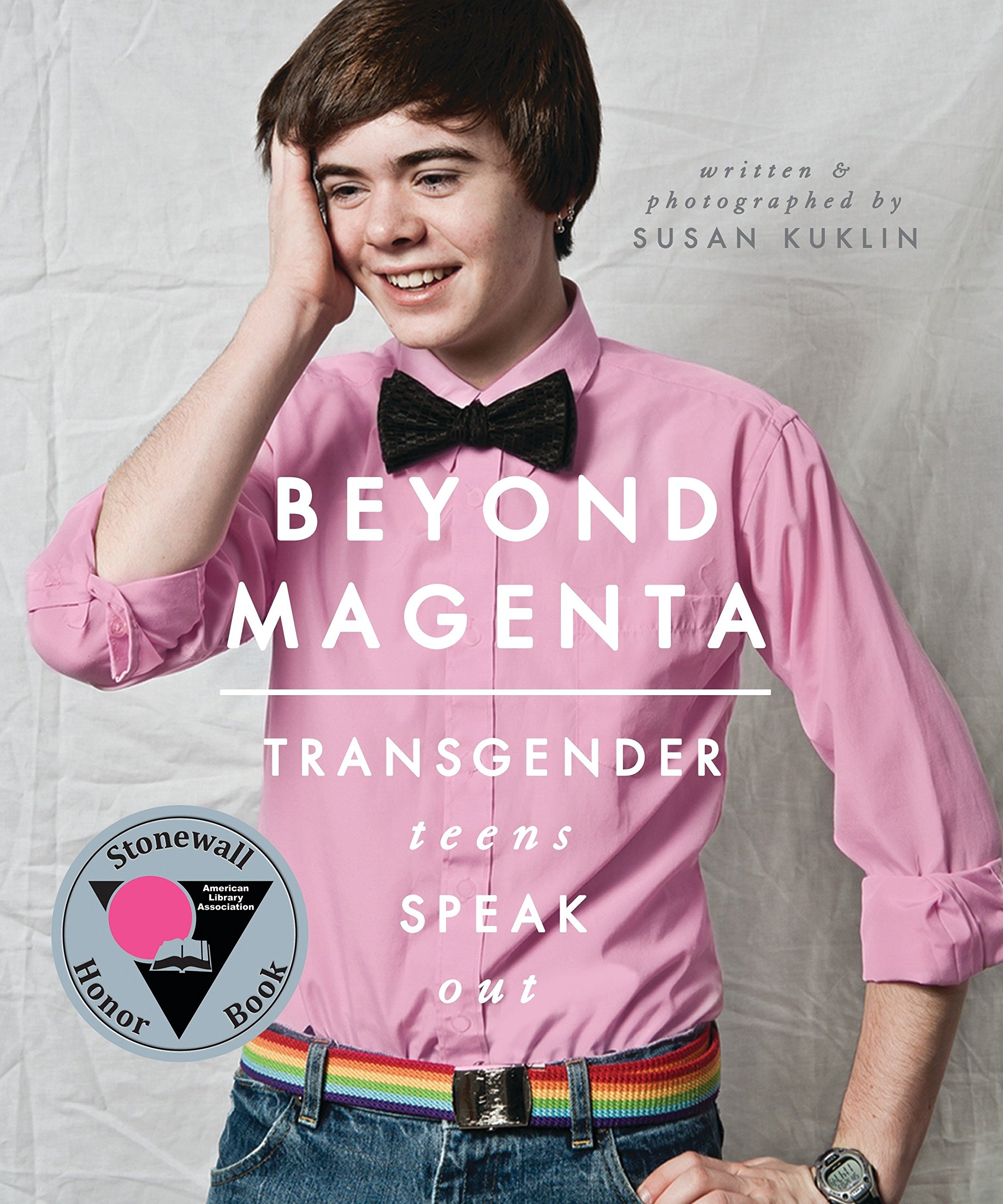 Beyond Magenta is a collection of the real-life stories of six young transgender people in America, interviewed and photographed by Susan Kuklin. Most of the teens live in New York, with the exception of Luke, who is from Wisconsin. Some of the six are still in their teens, while others are out of their teens by a couple of years, telling the story of their youth.

This is a raw and refreshing book which feels as though the subjects were given total freedom to tell the truth and make sure it was told their way. Kuklin notes that the subjects were very much involved in the process of what went into their chapters, and is honest about the fact that some things were edited if they weren’t quite relevant to the main focus of the book. All the subjects read their chapters prior to publication and Kuklin says of the process: “We worked together to make sure that everything written was honest and authentic.”

So don’t expect any sugar-coating because some of the chapters are brutal. Some are funny. All are interesting. These are real stories, and while it’s hard to read about the terrible abuse some of the kids suffered, their story is also part of what we need – the bravery to speak out about who we are, what we’ve been though, and where we go from here. There is an abundance of hope in Beyond Magenta, and a good range of experiences from super-informed, self-confessed nerds with supportive networks and ideals of activism, to those who had to work it out on their own without even the vocabulary to express themselves, let alone the support they needed. There are gaping holes in gender education for teens, but also what is clear is the effect on a young person and their families when they have access to that information early on.

Five of the narratives are accompanied by photographs with the notable exception of one, Mariah, who requested that no photographs be included in her chapter. Four of the five who do have photos include face/full body shots, except for Luke, whose family requested his face not be shown. These exceptions in a book of photo essays speak volumes. Although the reader isn’t told exactly why, it begs the obvious thoughts of fear of outing whether that be the trans person themselves or their family’s fears. While it may be something other or innocent in its reasoning, the shock of going from totally open, laid-back photos and stories to something closed off and mysterious has an immediate, worrying effect.

Beyond Magenta is another of those classic cases, for me as a thirty-year-old trans guy, of “I wish this had been around when I was younger.” Cameron, who proclaims proudly, “I’m dressing gender fuck,” would have blown up my thirteen-year-old brain in the best possible that’s-me-that’s-me-God-yes way. I hope Beyond Magenta finds its way into public and school libraries, and into the hands of the kids who need it. I hope it becomes just one of a selection of similar non-fiction books for young adults that teachers, librarians, and friends can recommend and say “There’s a bunch of great books about that.”

Jackson J Nash is a British trans man and PhD Gender Studies student at the University of Sussex. He is a fellow of the LLF Writer’s Retreat 2013. Find him at http://tgpunkpoet.wordpress.com