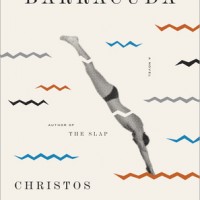 Deep into Christos Tsiolkas’ Barracuda (Hogarth), Danny, the novel’s angry gay protagonist, returns to his native Australia and has a conversation with his brother. “I could have had a future,” he tells Theo as he looks back at his young life. The words could have been an apt subtitle to the book: Barracuda; or I Could Have Had a Future. Yet in the end, the novelisn’t quite as pessimistic as it might originally seem. While there is no false optimism as we are pulled through Danny’s bleak adolescence into his early adulthood, Tsiolkas does offer a quiet yet clear redemption. Hope is earned, even if in a minor key.

Danny Kelley is born into an Australian working class family from which he longs to escape. It is his need to make something of himself that propels much of the novel, which follows him for about two decades, from 1993 to 2010. (Tsiolkas sets Barracuda in the context of real events of the period: the deaths of Kurt Cobain in 1993 and Nina Simone in 2003 are central to two of the novel’s scenes.) Danny is an enormously gifted swimmer, and earns an athletic scholarship to a private school, where bigotry and cruelty are pervasive. In one early exchange, Danny’s wealthy classmate Martin invites him to his house. As they stand on a rear balcony, Martin explains that most of the houses below “are owned by Jews” and that his father didn’t want them to live on “Jew Street,” so he “spent almost as much money as it cost to buy the place knocking down the original walls” in order to put the front entrance on the other side of the house, away from their Jewish neighbors.

There is (to quote Audre Lorde) “no hierarchy of oppression” at the school: anyone who is not “a golden boy” is suspect. Danny’s alienation is telegraphed from his arrival:

Boys were pushing past him and around him andin front of him and behind him, and they had the clearest skin he had ever seen and the best cut hair and the whitest and most perfect teeth. He felt dirty and ugly and was conscious of the pimples on his brow, the chain of them on his chin, the ugly red welt of them around his neck.

While Danny’s status as an outsider only deepens in this brutally homophobic and misogynistic culture, it is class difference that Danny feels most acutely. He is aware that one wrong move, one inappropriate word, can ruin him. Again, from his visit with Martin and his family:

It was exhausting being at the table, having to take note of where everyone was placing their drink, having to follow which piece of cutlery to use for each course, and having to remind himself not to put his elbows on the table. He watched and he followed, but he was always the first to finish his course – it seemed like an age for the others to lift that final spoonful to their lips, and he had to tell himself not to fidget, to stay still.

Eventually this hyper-vigilance, this pent-up shame and dread, leads to a violence: the very title of the book is Danny’s nickname at school, bestowed upon him not only because of his fierceness in the water, but also because he becomes unpredictable and hostile. Says one of his swim mates, “You dangerous crazy psycho! You barracuda!”

Although Barracuda is a moving and powerful rendering of the Bildungsroman, it is not perfect. Some scenes and chapters are in the past tense, some in the present, yet it’s often not clear why. Much of the novel is in flashback as Danny, now a young man, tries to sort out his life with his lover, Clyde. Sometimes positioning the scenes out of their normal chronology can bring unexpected poignancy. When we learn early on about a violent incident that will drive much of the novel, and then go back and see Danny again before that incident, we feel helpless: we yearn to intervene. Other times, however, we could use more guidance from Tsiolkas as to where we are in his novel.  He not only uses different tenses to tell the narrative and eschews chronology, he also goes back and forth between the first person (“I”) and the third (“Danny”) for reasons that aren’t readily apparent.

I was reminded of Chad Harbach’s The Art of Fielding as I read Barracuda. Both are about supremely talented young gay athletes (in Fielding it’s Owen Dunne, a baseball player) who fail to live up to their and others’ expectations. Both novels deal with class issues. But that’s where the similarities end. The Art of Fielding wore its optimism on its sleeve, and was refreshingly lacking in cynicism, even when Dunne was spiraling. Danny’s spiral–until the end–is unrelenting, a runaway train into darkness.

*This post has been updated to correct the following: The gay character’s name in the ‘Art of Fielding’ is Owen Dunne, not Henry Skrimshander.