‘To look at the sea is to become what one is: An Etel Adnan Reader’ by Etel Adnan

‘To look at the sea is to become what one is: An Etel Adnan Reader’ by Etel Adnan 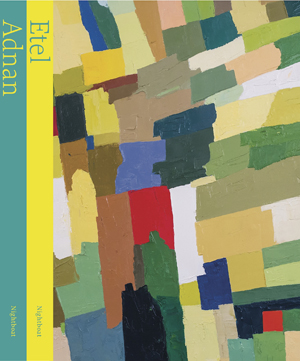 Etel Adnan is practically an institution. With writing that has been set to music, turned into plays, and used in political protests, her gripping lyrical style coupled with deep philosophical prowess has made her a literary giant for decades. So when her retrospective collection, To look at the sea is to become what one is was announced to be released from Nightboat Books, I was thrilled to get my hands on a review copy.

The first retrospective collection of fifty years of writing by Adnan, the book is described in the following way:

This landmark two-volume edition follows Adnan’s work from the infernal elegies of the 1960s to the ethereal meditations of her later poems, to form a portrait of an extraordinarily impassioned and prescient life. Ranging between essay, fiction, poetry, memoir, feminist manifesto, and philosophical treatise, while often challenging the conventions of genre, Adnan’s works give voice to the violence and revelation of the last six decades as it has centered, in part, within the geopolitics of the Arab world, and in particular the author’s native Beirut. Among the key works reproduced in their entirety are Sitt Marie Rose (1978); The Arab Apocalypse (1980); Journey to Mount Tamalpais (1986); and Of Cities & Women (1993).

However, despite this succinct and appropriate description, nothing could prepare me for the wholly experiential nature of this collection. With two volumes containing poems, essays, and experimental writing, this retrospective encapsulates the riveting and powerful nature of Adnan’s unique voice, juxtaposing brutality with beauty, sound with silence, and the everyday with the extraordinary.

In “Jebu”, which begins with an epigraph from the Book of Samuel, Adnan writes: “The ignoble heart bleeding for having walked/on barbed wires/ looking for food in bushes/an exile which has no end but in the wearing/ of the people’s cells”. Though to excerpt her work is to risk losing the forest for the trees, the magnitude and breadth of this collection shows in the powerful nature of the body versus the spirit. Her work shows the veins of a larger literary conversation about collective and shared consciousness, or the conversation between personal and national trauma. This conversation, which delves into the intersectionality of war, famine, mass disease, genocide, crimes against humanity, dictatorship, political exile, etc, is a devastatingly important one, raising the question: How does art respond to life? How do movements of political struggle change movements of writing? How do artists act as ambassadors with their craft?

Adnan does not seek to answer these questions through her work, but embarks on a larger, more noble quest–which is to represent, as Kevin Prufer would say, the adage that “Poetry encourages thinking”, and thinking encourages action.

'Head Trip' by D.L. Line
A Vigorous Life: A Review of The Edge of Being by James Brandon
'Just Girls' by Rachel Gold