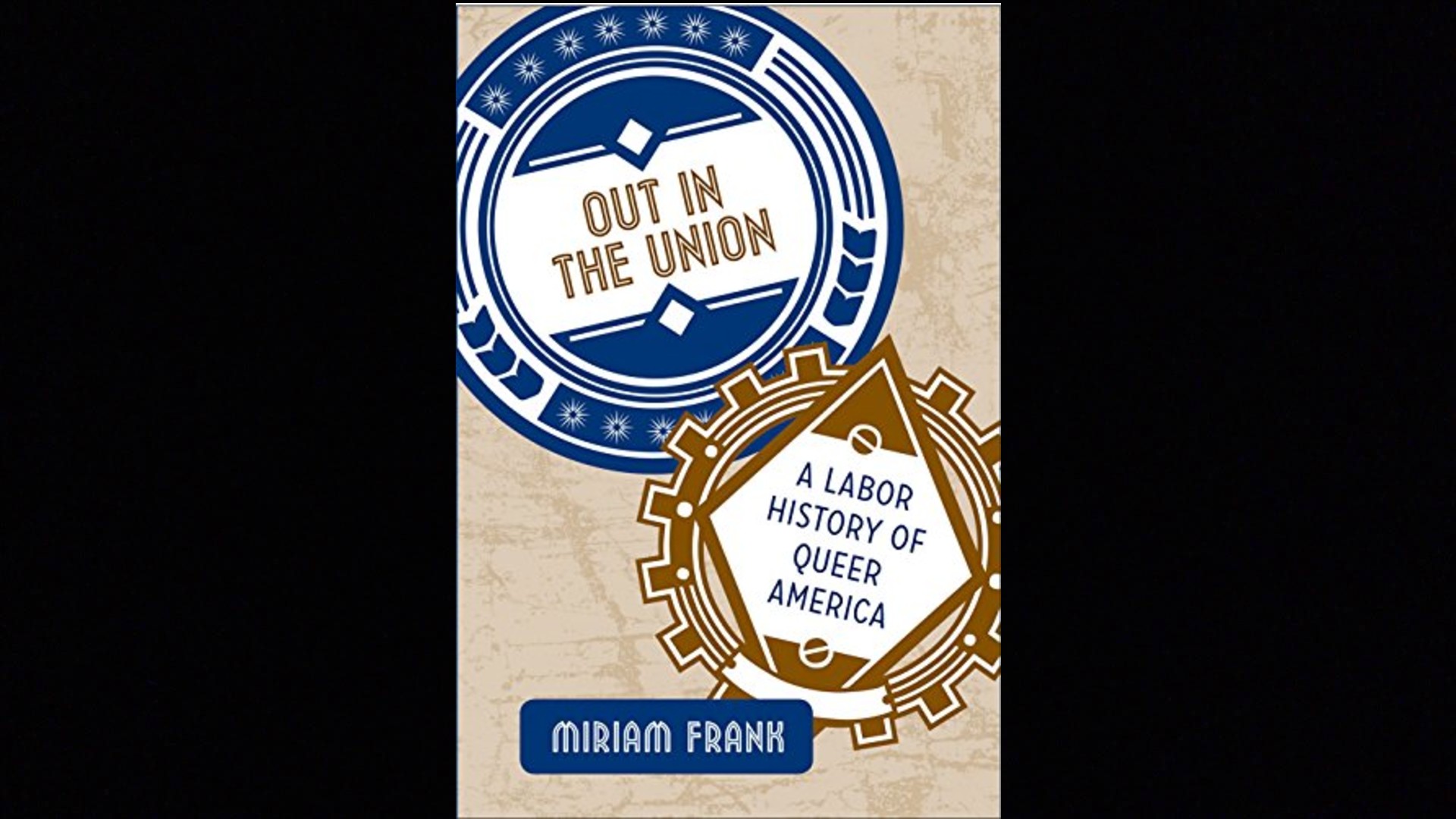 ‘Out in the Union: A Labor History of Queer America’ by Miriam Frank

‘Out in the Union: A Labor History of Queer America’ by Miriam Frank 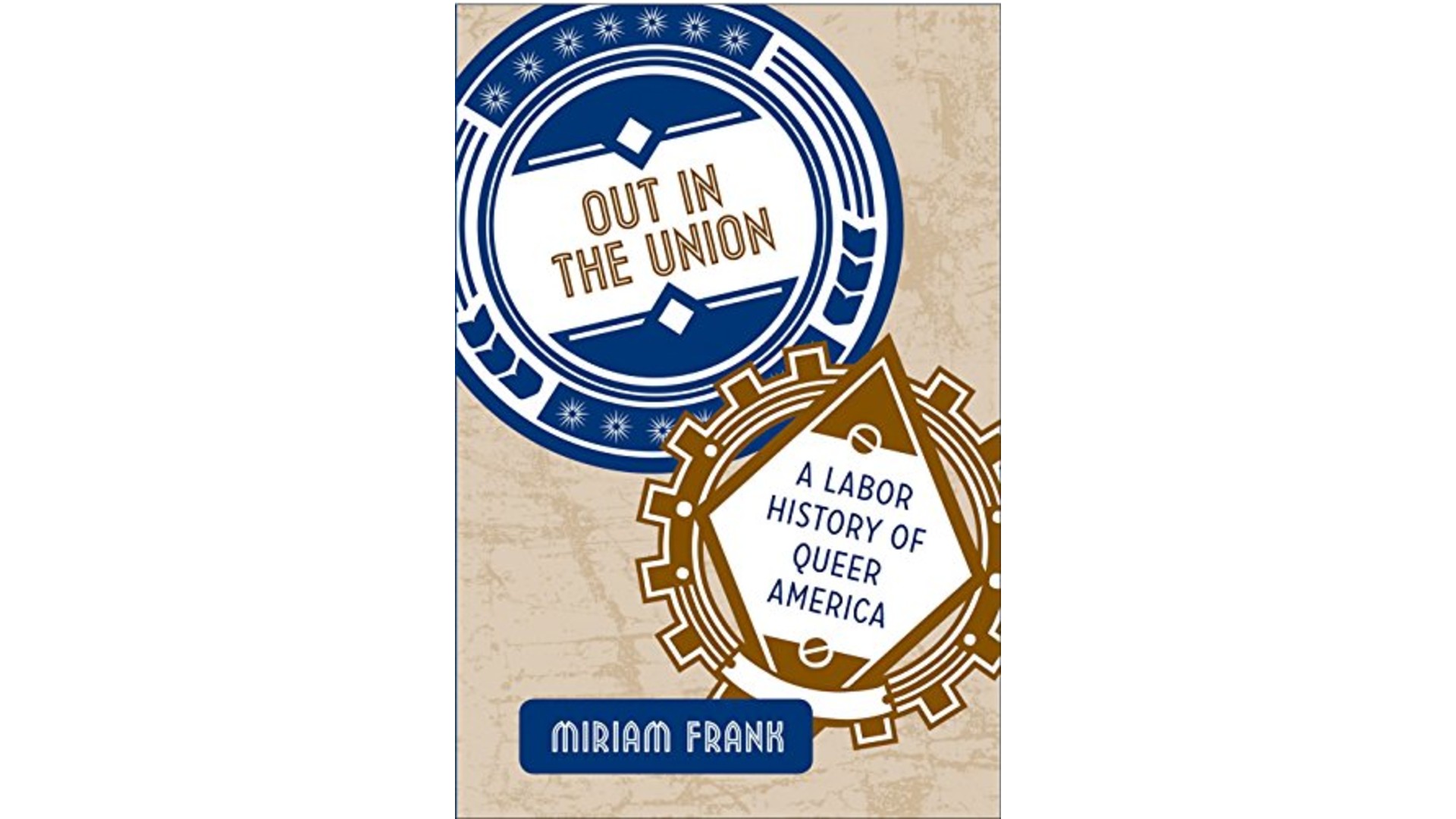 Over the past five decades, the number of minorities and women joining labor unions has dramatically increased. While the Bureau of Labor Statistics can easily capture demographics on union members by race and gender, they cannot do the same for sexual orientation or gender identity. For generations, LGBTIQ employees often remained closeted or “stealth,” especially in occupations not traditionally welcoming to queer individuals. For this reason, the study of LGBTIQ people’s involvement in unions—or labor movements in general–is relatively new. Previous researchers have written a great deal about LGBTIQ activists forming coalitions with union activists to fight for common goals, but rarely has a book specifically addressed LGBTIQ workers and their involvement with unions. New York University professor Miriam Frank presents her surprising findings on this topic in her new book Out in the Union: A Labor History of Queer America.

Frank has done decades worth of research on LGBT involvement in the labor movement. The foundation of Out in the Union came from the 1990 handbook Pride at Work: Organizing for Lesbian and Gay Rights that she co-authored with union activist Desma Holcomb. Frank and Holcomb wrote this handbook specifically for gay-labor activists to provide a framework for their initiatives. The original handbook documented labor-LGBT alliances in collective bargaining, and included interviews with union workers. Due to the power and historical value of these stories, Frank decided to collect interviews with union activists from other cities across the United States. For further guidance, she participated in Allen Bérubé’s seminar on queer working class labor history at the new Center for Lesbian and Gay Studies at City University of New York Graduate Center. Frank conducted over one hundred interviews; each individual received credit in the bibliography, which includes an extensive list of books, journal articles, films, and other resources that provided Frank with historical, cultural, and socioeconomic context for her work.

In the Prologue, Frank actually begins the story of LGBT union activism with stories of transgender workers fighting for their rights. In fact, the first openly queer union member was noted in the early 1900s. “Bill,” a girl who dressed like a boy, worked alongside men and courted other women. Bill joined the International Brotherhood of Boilermakers and became secretary of his lodge. Frank notes that, before and after Bill, women often lived as men to earn better wages, to go to university, or fight in the military. She then zips to the 1980s, when she narrates the history of how transgender workers first negotiated for, and won, their rights as members of the Amalgamated Clothing and Textile Workers Union, then follows up with two more incidents of transgender employees earning their rights. Frank will shut you right up with her drumroll fire of facts and anecdotes, evidence of the struggles and victories of workers who came before us. This Prologue—as well as the “Brief Chronology of LGBT Labor History, 1965-2013”—will make anyone interested in LGBT history want to read on.

Frank carefully details how queer entities in local unions introduced drives for equity issues, domestic partner benefits, AIDS education programs, and campaigns for marriage equality. The work of these LGBT caucuses had major influence on local and state legislation that would eventually guarantee LGBT-related benefits for everyone, union or otherwise, living in certain states. While Frank thoroughly addresses the activities of blue-collar unions and LGBT activist organizations, there is little mention of the contributions that union members in K-12 and higher ed faculty unions made to same-sex marriage victories and transgender health benefits. The state of Minnesota, for one, would not have won same-sex marriage nor state-approved transgender health benefits if it were not for the united front of the InterFaculty Organization (IFO), the faculty union of the Minnesota State Colleges and Universities (MnSCU) system. While the IFO has a GLBTA Issues Committee that speaks to LGBT equity issues, it was the heterosexual IFO Director of Government Relations Russ Stanton who went to every MnSCU campus in the name of the Minnesota United phone campaign to get all union members vote no on the constitutional amendment to ban same-sex marriage. A significant number of heterosexual MnSCU faculty phone banked in the name of their LGBT colleagues, friends, and family members, each wearing a t-shirt in recognition of their efforts. The IFO gave out posters, lawn signs, and bumper stickers for people to show their support for same-sex marriage, and most of those were displayed by straight allies. All Minnesotans will remember this fight for equality with great pride; people actually said “for the first time, my voice made a difference.” Perhaps, in an updated version of this book, Frank will include this anecdote with all others, for a complete history.

‘The Queer Art of Failure’ by Judith Jack Halberstam
Shuggie Bain is a Memorable Story of Family, Class, Sexuality, and Hope
'Tiger Heron' by Robin Becker