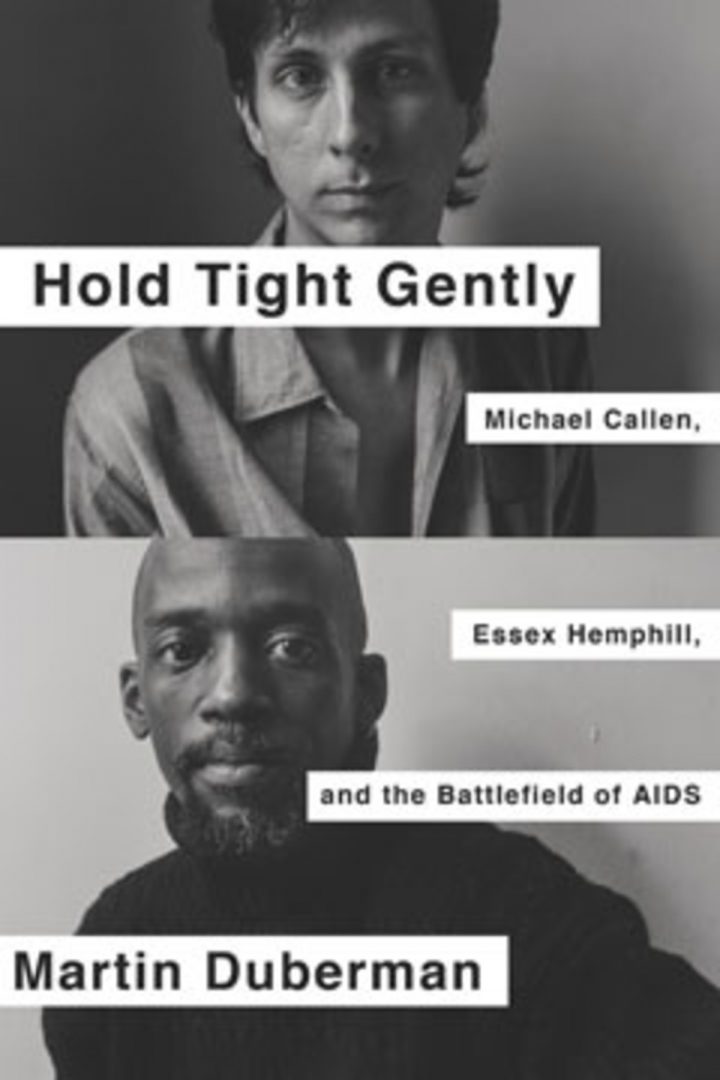 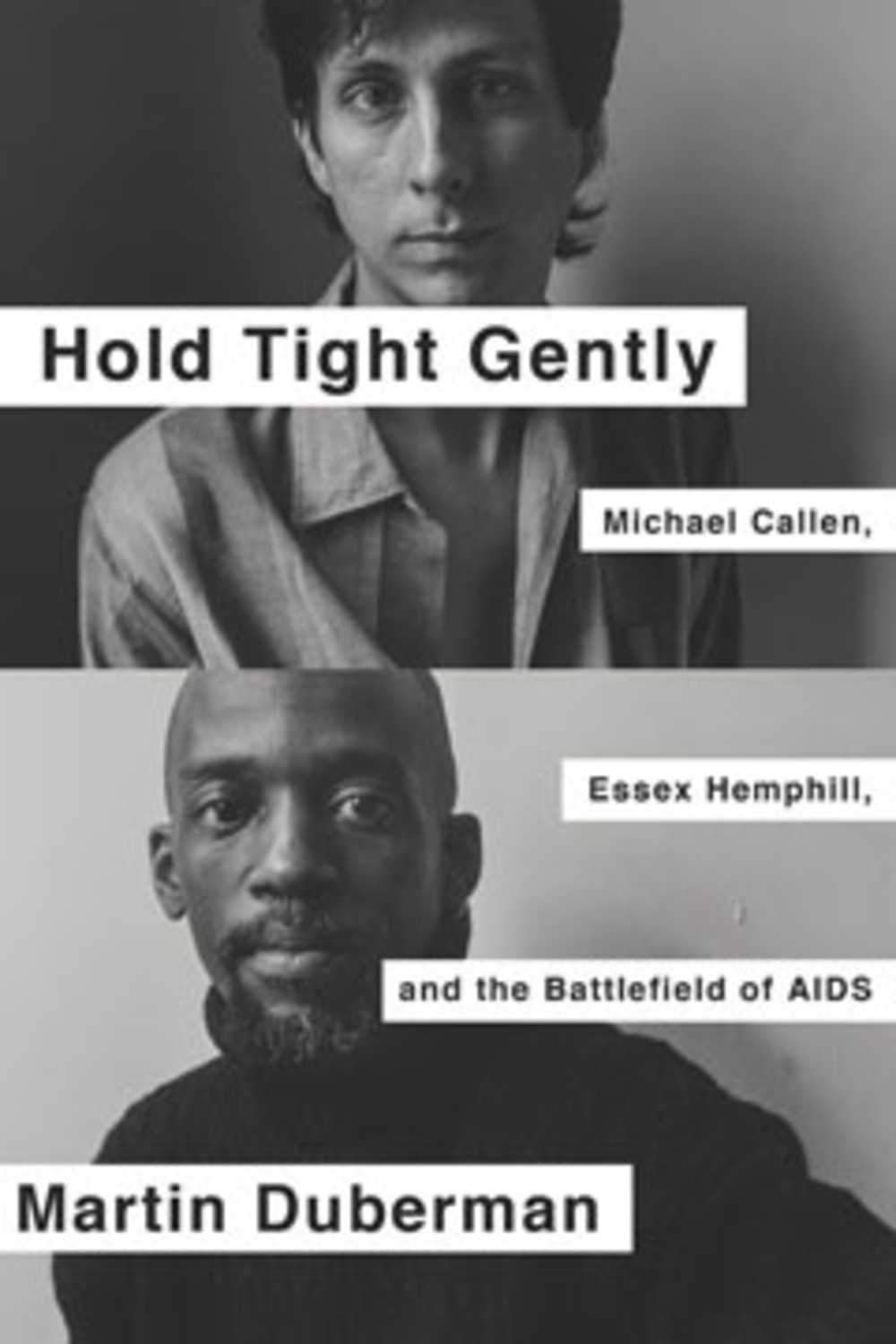 Erasure is a central concern when it comes to representations of AIDS—be it in the face of hegemonic narratives, or absence. Historian Martin Duberman addresses this in his new book, Hold Tight Gently: Michael Callen, Essex Hemphill and the Battlefield of AIDS (The New Press, 2014). A dual biography, the book profiles Michael Callen and Essex Hemphill, both gifted, successful, HIV+ gay men who came of age in the Reagan years and with the onset of AIDS in America. The primary difference between the two being Hemphill was black and Callen was white, a fact that did not save either from needlessly early deaths, but one that does impact how they lived and how they are remembered.

The most powerful weapon against erasure is material evidence. In the absence of bodies, bodies of work are the next best thing. Because musician, activist and writer Callen had, as Duberman writes, a “temperament frank to the point of transparency–or, in the eyes of his detractors, to a fault,” there exists a, “very large archives of letters, speeches, diary notes, organizational materials, and–as a performer and songwriter– lots of music,” through which Duberman is able to make hay with, serving us a richly rendered snapshot of a driven and ethical man. We are brought into Callen’s relationships with his family and other personal bonds, including with his long time partner, musician Richard Dworkin.

For students of history sifting through the current AIDS crisis re-visitations–popping up on movie screens, museum walls, and panels across the academic/cultural landscape—Duberman’s use of Callen’s archive is invaluable. “Mike” as he is referred to in the book, is foundational to the early crisis as one of the inventors of both safer sex, and the People With AIDS empowerment movement, (as well as an early proponent of community based research through his work with Community Research Initiative). With Richard Berkowitz, he founded the group Gay Men with AIDS and wrote How to Have Sex in an Epidemic: One Approach, one of the most important pamphlets of all time. In the face of threats of quarantine and calls for abstinence, the pamphlet equipped gay men with a positive approach to intimacy and sex through the promotion of condom use, conversation, and awareness of fluid exchange.

In Duberman’s book, history is presented as a connection between peoples and time. In Hold Tight Gently, Duberman uses Callen’s proximity to explore touchstones within the AIDS movement, including airing out the facts around Dr. Joseph Sonnabend’s relationship with AIDS denalism and ACT UP Treatment and Data’s myopic focus on “drugs into bodies,” which Callen sardonically reduced to “any drugs into anybody.” GMHC’s ongoing conservatism is noted (including the ways in which the organization failed to include people living with HIV in their work, including Callen), as well as the criminal neglect of HIV/AIDS by the American government. Duberman tells the story of when Callen contacted Ryan White’s care team to inform them about a drug called Bactrim, which “could prevent PCP”–a condition the boy with HIV was suffering from.

Similarly, Hemphill’s life is used by Duberman to explore pivotal moments of American culture, such as the publication of In the Life: A Black Gay Anthology, (Allyson Press, 1986) an influential collection conceived of and edited by Joseph Beam that included writing by Hemphill, Donald Woods, Assotto Saint, Oye Apeji Ajanaki, and many others. In a sizable section of Hold Tight Gently, we learn of the trials and tribulations in getting In the Life published, including the financial and social sacrifices Beam made to finish the project. After Beam died of AIDS related causes, Hemphill fulfilled Beam’s mother’s request to finish Brother to Brother (Allyson Press, 1991), the follow-up Joseph had begun. Duberman’s title, Hold Tight Gently, comes from Brother to Brother, the section dedicated to AIDS related writing.

Sadly—due in part to what does not remain, Duberman is not able to tell the story of AIDS through Hemphill in the way he is able with Callen—something he is upfront about. “Telling Essex Hemphill’s story proved more difficult,” writes Duberman, “he left behind one published collection of poems, an anthology that he edited of writings by black gay men, appearances in Marlon Riggs’ and Isaac Julian’s films, a smattering of correspondence, much of which remains in private hands…Essex told a number of his close friends that he wanted his papers to go to the Schomburg Center…But they never arrived.”

In the absence of material, Duberman relies on interviews he conducted with Hemphill’s friends and peers, and what can be gleamed from Hemphill’s words. What is shared is impressive. Starting in his twenties, prolific Hemphill self-published his work in chapbooks, later collected in Ceremonies: Poetry and Prose (Plume, 1992); he performed both solo and with others, including with Michelle Parkerson with whom he created the urban poetry classic Murder on the Glass, and he stood up for himself and his work , demanding it be respected and presented in the best possible ways (See: Kennedy Center and Brother to Brother Promotional Tour). Through the book we also see the ways in which Hemphill, like many black artists, was called on to answer for his race and sexuality. “I always tell people I can be gay in only a few cities in this country but I‘m black everywhere I go,” stated Hemphill, adding, “I can’t just be Black and then just be gay. I’m all of these things.”

Due to his talent, dedication, and attention to the ways in which identities and social issues of the day were intersecting, Hemphill became a key figure in a cultural moment during the 1980s, in the DC / Philadelphia / New York scene, when black artists were exploring their lives, expression, and sexuality in artistic and public ways. Of the moment, Parkerson states, “ We were beginning to put flesh on the bones of our gay identities…our black identities… and seeing those as primary voices from which we wrote, spoke, and were politicized.”

Through out the book Duberman refers to Standing in the Gap, a first draft manuscript of Hemphill’s never fully realized novel. Found in the Hemphill’s literary agent’s papers, it serves as a testament to Hemphill talent and–one may suspect–as a guiding light for Duberman. Hemphill writes:

There is no scarcity of stories when it comes to important and interesting lives related to the early days of the AIDS crisis in America. Duberman is intentional in his selection of Callen and Hemphill, both in what their legacies are able to tell us and not tell us. Hold Tight Gently is Duberman standing in the gap. Focusing on Callen and Hemphill he tells simultaneously occurring truths, exploring the impact sexuality, race, and the different ways people lived in the early days of the epidemic through activism and cultural production. Through Hemphill specifically Duberman is signaling to the incompleteness of history and corrupt ways it is manufactured. While he is specific in how systemic discrimination due to race and sexuality exasperates the ongoing AIDS crisis, he is never specific when it comes to the archival imbalance. Maybe he leaves this up to the reader to both think and act upon. There is much we don’t know because of the erasure of bodies, stories, and archives. This is but one of the fights on the ongoing battlefield of AIDS.