In celebration of the twentieth anniversary of its publication, Wesleyan University Press has republished Samuel Delany’s Stars in my Pocket Like Grains of Sand. Stars has earned comparisons to Joyce’s Ulysses and has been called “the most truly galactic novel ever written.” As a novel it performs delightful and confounding acts of destabilization, challenging normative understandings of gender and race, sex, language, and death.

It feels like Stars should be treated on at least two levels, maybe 6000. There’s the science fiction narrative and then on another level the conceptual or language games Delany plays with the reader. In terms of narrative, how did you do accommodating Stars’s 6000 worlds into your brain?

When you get to the monologues, which contain the thrust of the novel, it gets easier because of the character Marq Dyeth who is an Industrial Diplomat and a kind of docent in his own home/museum. Delany emphasizes again and again that in this universe there is so much unknown and unknowable, but then he limits the bulk of the novel to three or four worlds. In Stars, you get a sense that there is so much undiscussed history, but the investment is contained, so it’s easier to follow as a reader.

One of my struggles in Stars, though, was with the concepts or entities that felt galactically important–the Family vs. the Sygn, for instance–because they confounded my simple, one-planet mind.

Right. I think the cognitive play Delany does is interesting because in a classical narrative plot structure we’d know what the ultimate ambition of the Web is, or we would understand the Xlv’s presence, but in Stars we don’t. So much is metaphorical or political or unknown, but as you read more you begin to understand more or there is a little dropped explanatory nugget and then you’re like ‘Oh! I just got it. I felt kind of stupid. But now I got it.’

I like that you’re bringing up feeling stupid in relation to the novel because it’s something intentional, I think. Sometimes I felt dumb for pages and pages but then there would be a small epiphany or relief at understanding. It was like there were rewards for comprehending the novel, or, better yet, rewards for accepting that I’d never grasp the novel fully.

For me, one of the most alienating characteristics of the book was: as privileged as Marq is the majority of the novel, there were moments where he would be frustratingly naive. So even though it’s his job to go around and understand other cultures, it felt like he was unable to grasp dark or evil motivation in characters if it didn’t compute with his understanding of cultural decorum. When the Thants reject the food at the formal dinner, for instance, Marq is kind of like ‘wha? huh? what? idontunderstand?’ and you kind of want to take him and shake him and tell him to do something.

But more or less I felt grounded in the main narrative, which was this love story, space opera which interacts with forces much larger and outside of it.

The concept of decorum is really interesting in Stars because it seems to be a galactic law, not just a social norm. It felt like there was no flexibility in decorum, no understanding that newcomers to new plants should be forgiven for making mistakes of decorum.

This brings up an interesting point that is introduced early in the novel when Rat Korga puts on the glove. He talks about how stupidity is a process rather than a state, something you have to actively put effort into to maintain. So when the Thants come out with their anti-interspecies, anti-intergender, you could call it homophobia, it seems like a kind of stupidity-as-process. Not just a blanket prohibition but multiple ignorances that enact their ways through history.

I think this is really interesting because one of the major themes of the book is information and how it is controlled. Who controls it? When does information become knowledge? When is knowledge embodied? When is it not?

What I found interesting was comparing the behavior of the sadist woman from the first chapter—masochistic, she wants to be whipped, she wants to spit on a man who has all the knowledge of the books she never had time to read—how that was juxtaposed to Clym, who wants to do these really sadistic things to Marq. Clym can’t separate his work from his sexual pleasure. He wants to obliterate Marq at an anatomic way, and Marq doesn’t cast judgments—the classic diplomat—he just sees it as a sexual difference he isn’t interested in.

So in a book where the author has taken gender and fucked with it for the reader, has taken the idea of cultural appropriation and what it means to be PC and turned them on their head, the idea of sexuality, defined narrowly as either being heterosexual or homosexual, is maintained as a binary opposition. There’s this new age lobotomy called Radical Anxiety Termination where people can have their circuits shut down or rewired like a computer, but the one thing that seems to be hardwired in the universe, that can’t be replaced because it’s too pivotal, is sexuality.

So in a book where everything is problematized, Delany doesn’t want to problematize same-sex attraction or same-sex eroticism. Even though everything can be downloaded from General Information, you can’t download straightness. And I think that speaks to the power of desire as Delany sees it.

You’ve alluded to the gender inverse in Stars, how in this galaxy “woman” is the pronoun used to represent beings of either sex. What affect did this have on your reading initially and then as you progressed?

That’s when I kind of pieced it together: everyone is a “she,” but “he” is used to denote sexual attraction.

So even though knowing gender and gendered appearance is important to us as readers in the 20th and 21st centuries, with Stars you just read the text and then piece together what you can. You as the reader, in this incredibly post-structuralist text, construct the meaning of the book as you glean more information. Stars forces you to be an incredibly perceptive reader and make your own meaning.

Let’s talk for a minute about the poet Vondramach Okk. I was really interested in her once I found out she had dabbled in the same synapse jamming that Rat had undergone on Rhyonon, especially because her interest in synapse jamming was motivated by an interest in the “saintly bit” of human consciousness. To me, her play with synapse jamming was a kind of mental kink or mental bondage play, so for me this established a connection between rarified forms of sexual activity and what the book calls, “the neurological state achieved naturally by certain saints, mystics and holy women.” What let me down, though, was that even though Rat has experienced a form of synapse blocking, I didn’t sense saintliness or a preoccupation with higher consciousness in him. 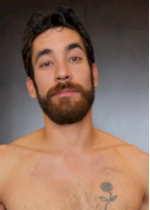 For me, Rat Korga is a sort of vessel waiting to be filled, whether with information, whether with actual knowledge, or with love. Knowledge was the closest Rat ever got to spiritual elation, so either because of his Radical Anxiety Termination or some previous neural problems, what would be a normal moving event that for us wouldn’t reach the spiritual is the closest Rat ever gets to it.

Then you as the reader think Rat is going to grow along the spiritual path with his connection to Marq, but what is interesting, and which underlies the political praxis of the novel, is that I don’t think Delany wants to say “gays are normal,” “we can have a committed relationship” but instead follow a political practice prominent in Europe in the 60s and 70s—that gays can develop their own levels of significance, meaning, and spiritually through sexual connection and intimacy that doesn’t have to go through the tests of monogamy and long-term and producing kids.

I think that’s underlined in the novel with the symbols of the old patriarchy, the Family with the capital F, and Marq and Rat Korga symbolizing the fleeting connection that for a long time in America seemed to be the only spiritual connection that gay men could have together under homophobia made doctrine in law and social attitudes.

(Laughs) No, no, no, the dragon hunt is a very fascinating chapter, and I like your point that it’s a kind of bougie experience because while the rest of the book seems to be sort of anti-capitalist and anti-industrialist, what redeems the hunt is that they are participating in a kind of “hunting” without actually killing anything. Hunters seek to experience a being other than themselves, and, in terms of Rat’s spiritual growth throughout the novel, this is another rare moment of spiritual elation.

Also, I thought it was interesting that this spirituality or saintliness attributed to Rat Korga seemed to be outside of the knowledge and power of the Web and therefore it was seen as dangerous and possibly leading to Cultural Fugue. Marq is going on about how people know Rat Korga is in Dyethshome because of “word of mouth, it seems like its rumor,” and this is a radically different system of information and knowledge spreading that the Web GI system cannot control.

You’ve mentioned the concept of fleeting sexuality in relation to Stars, and the practice of cruising seems important to the novel. Cruising is a phenomenon that exists throughout Space, and on Velm it’s not an experience that’s covered up. In fact, the “runs” in and out of Dyethshome, which function something like entrance-ways, were also sort of bourgeois sculpture galleries where cruising and random sex took place. So this type of sex, shamed in our own world, is privileged in Delany’s.

I thought that was interesting too, especially that when Marq hints at different “runs” on Velm with different sexual possibilities, he never brings up sadomasochism. So sadomasochism, with its very obvious power differentials between the aggressor-tops and the bottoms, didn’t really come into play on Velm.

Amongst the pluralities of expression, Delany does put some types of sexuality as better. He doesn’t privilege a spectrum, he says that some are inherently bad because they come from a capitalist process of privileging certain bodies and classes and types.

Also, Delany, I think very intentionally, does not tell us the sexual dynamics. We never know who is the top or bottom, and me, as a gay reader, I’m like, size-queen! I want to know how big is his cock!

And in the end we have no idea. Just how many times they came and how happy it made them.

Justin is a writer and teacher working on his first novel. You can follow him on twitter @AbrahamLinds