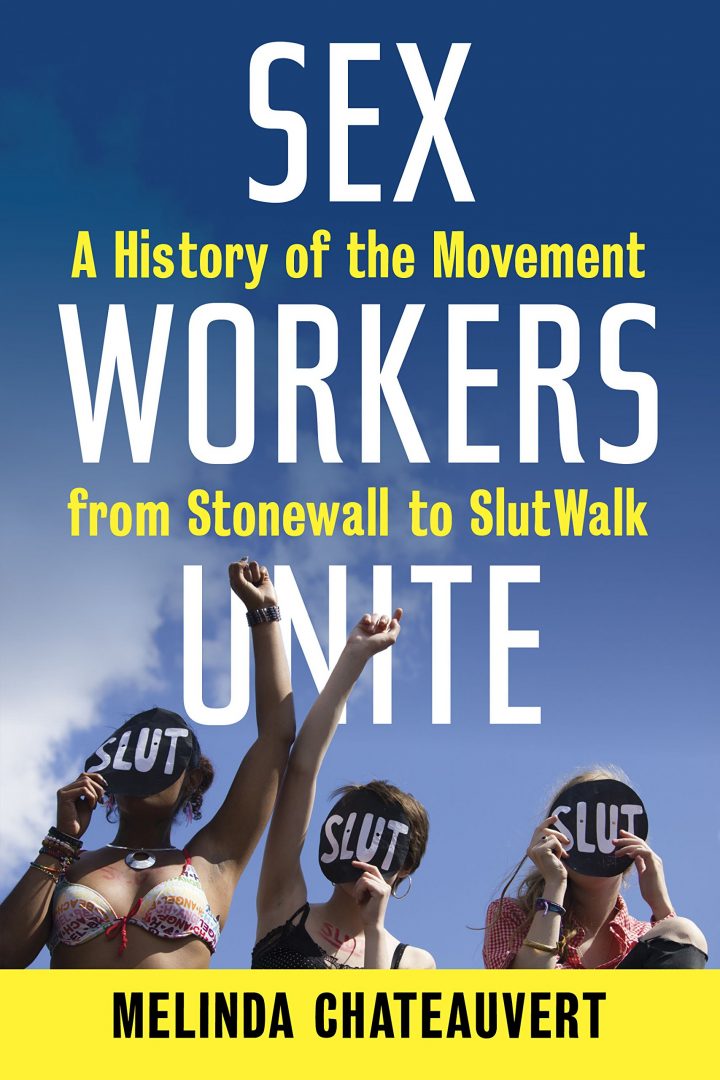 ‘Sex Workers Unite: A History of the Movement from Stonewall to SlutWalk’ by Melinda Chateauvert

‘Sex Workers Unite: A History of the Movement from Stonewall to SlutWalk’ by Melinda Chateauvert 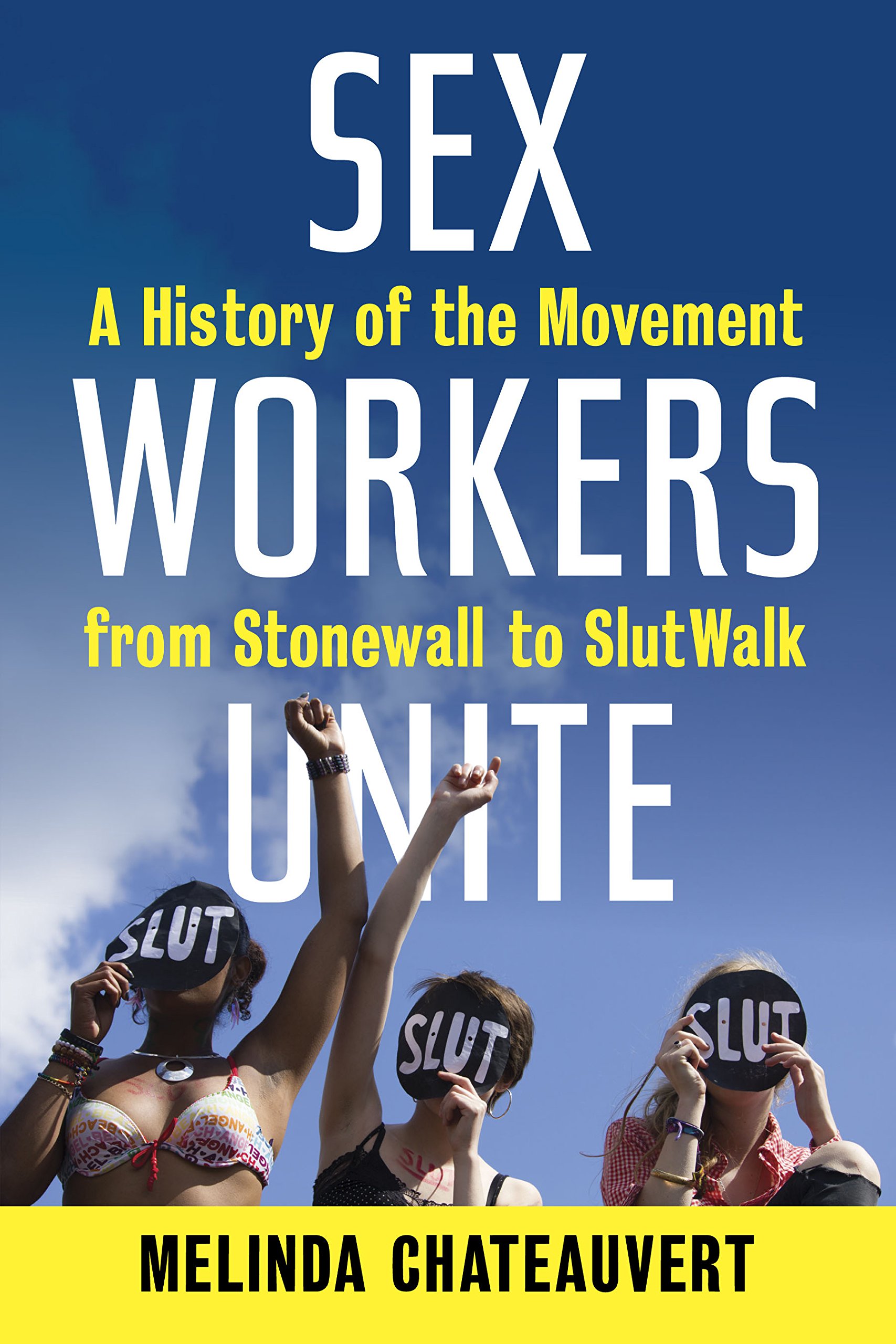 Americans have had conflicted opinions about sex work since European colonists brought Christianity, slavery, and racism to North America. In the twenty-first century, the United States provides no federal protections to sex workers. Sex work remains illegal in most states of the Union due to its association with immorality, substance abuse, venereal disease, organized crime, and human trafficking. Significant percentages of gay, bisexual, and transgender Americans—particularly those from communities of color—have had to engage in sex work for survival. They have suffered abuse at the hands of law enforcement as well as clients and pimps; for these reasons, queer sex workers were the most likely to rise up against the system to fight for their civil rights.

In Sex Workers Unite: A History of the Movement from Stonewall to Slutwalk (Beacon Press), author Melinda Chateauvert reveals the relatively unknown history of sex workers’ involvement in LGBT civil rights protests in the United States, as well as their efforts to organize for legalization and regulation of their trade. Chateauvert sits us on her knee and bluntly tells the story of how mainstream gay and lesbian historians—as well as activist groups themselves—marginalized, ridiculed, or left out the major contributions of sex workers to the Stonewall Riots, gay and lesbian liberation movements, and AIDS awareness campaigns. Predominantly white and cis-bodied, leaders of these movements believed that no one would want to hear from transgender prostitutes or other disadvantaged groups.

Chateauvert is an activist, historian, and professor involved in multiple campaigns to change policies and attitudes toward sex and sexuality, gender and antiviolence, and race and rights. Based on her experience, she has also taught courses on Community Organizing and Sex Work. Unlike other academics who would provide a well-researched but distanced account of sex worker organizing efforts in the United States, Chateauvert’s personal experience makes her a champion for the cause. Rights for sex workers, she says, are human rights.

While Sex Workers Unite is impressive in its documentation and mentions many historic American activist groups that included sex workers (Gay Liberation Front, ACT UP, COYOTE, and many others), Chateauvert only touches the surface of the parallel challenge to sex workers in modern America—the lack of unity of women’s rights activists and feminists on the issue of sex work as choice, as opposed to patriarchal oppression. The majority of American women have harsher attitudes toward female prostitutes than men; In Chapter 2, “Those Few Came on Like Gangbusters,” Chateauvert cites American feminist writer and activist Kate Millet:

Prostitution provokes gut-level feelings in women precisely because it reveals so starkly fundamental and tacit assumptions about women’s relations in a patriarchal society. It reminds us that we are defined by our sexuality: i.e., wife, spinster, lesbian, whore; and it reminds us that most women are dependent on  men…in one way or another [to] secure our survival in exchange for the commodity that men want most from us. Feminists see this sexual objectification as dehumanizing and degrading—with the ultimate degradation experienced by women who sell their bodies to earn a living. (The Prostitution Papers, 1973)

Nearly fifty years later, this anti-prostitution still rings true for a significant percentage of American women whether or not they consider themselves feminists. In the twenty-first century, American women are more likely to support criminalization of prostitution because of its overlap with sex trafficking. While Chateauvert does mention this more contemporary issue, this reader would have appreciated deeper coverage of how women can be their own worst enemy at times in the quest for social justice. Chateauvert does an excellent job, however, of depicting how American transgender sex workers have historically been at the losing end of women’s and LGBT civil rights movements; crimes against transgender sex workers in the United States are most likely to go unresolved by law enforcement. Transphobia, coupled with American society’s disdain for prostitutes, puts transgender sex workers most at risk for disenfranchisement, abuse, and murder.

Readers of Sex Workers Unite will come away with an enlightened view of sex work and the contributions of sex workers to civil rights movements in the United States. The notes and bibliography of this book alone are a treasure trove for those who wish to learn more. Chateauvert’s book just may cause American readers to question our country’s policies toward sex workers, and wonder how other countries made them work.

ProCon.org. (2014). 100 countries and their prostitution policies. Retrieved from http://prostitution.procon.org/view.resource.php?resourceID=000772

ProCon.org. (2014). US federal and state prostitution laws and related punishments. Retrieved from http://prostitution.procon.org/view.resource.php?resourceID=000119

Sex Workers Unite: A History of the Movement from Stonewall to SlutWalk
By Melinda Chateauvert
Beacon Press
Paperback, 9780807061398, 272 pp.
January 2014