Zipless: A Queer Look at Erica Jong’s ‘Fear of Flying’

Zipless: A Queer Look at Erica Jong’s ‘Fear of Flying’

I’m sure I had heard of the “zipless fuck” or Fear of Flying before, but my first real introduction to Erica Jong was when I read Kathy Acker’s scathing 1982 piece, Hello, I’m Erica Jong in my senior year of college. I was only a little curious about Erica Jong, singled out as she was for Acker’s ire. I figured Erica Jong was some uptight square, a bourgeois celebrity writer whose work struck Acker as worthy of scorn. If Kathy Acker thought she was worth making fun of, then I did too. She parodies the title of Jong’s sophomore novel (How to Save Your Own Life) as How to Die Successfully. Acker gives a mock impersonation: “I would rather be a baby than have sex. I would rather go GOOGOO. I would rather write googoo.” By the end of the two page screed, Erica Jong becomes a cipher through which she vents (possibly her own) sexual frustration. In retrospect, this was probably a fair enough introduction, not unlike learning about disco icons from drag impersonators, or being educated in the Broadway diva canon by bitter but patient show queens. 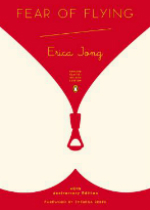 I didn’t read Jong’s Fear of Flying until I was well out of college, living in New York. I was trying to sleep with as many men as possible, and I was writing short stories about the experiences in a zine. Though I wasn’t a virgin when I moved to New York, I definitely didn’t know what I was doing, and I was tremendously curious about sex. To the other queer people I knew, sex was the most important thing in the world, and it seemed to mean radically different things to everybody. I wanted to discover some kind of deeper truth, a secret meaning in sex, which always seemed just beyond my grasp. I knew I was looking for something there, but I didn’t know what exactly, yet. So I documented my research, as if making a map of my progress through uncharted terrain. I imagined that I would know it when I found it. In the meantime, I was taking note of everything else in sex that seemed to be getting in the way.

Fear of Flying, Jong’s first novel after publishing two volumes of poetry, turned 40 years old this year, and the celebration of its reissue reveals the sad fact that Jong’s groundbreaking work is still woefully misunderstood. Perhaps the most enduring legacy of Fear of Flying is the “zipless fuck”:

I initially assumed that Jong’s fantasy was of little import to queer people; the “zipless fuck” sounded almost familiar. It could be a fairly routine practice, hooking-up. We all do that. A kind of day-to-day socialization. Maybe we used to call it cruising. Maybe it’s what we mean by a hook-up. Maybe we didn’t even need a name for it. It wasn’t, I thought, so special. It sounded conspicuously like a problem for straight people. How nice, I thought, for heterosexuals to fantasize about having fulfilling sex lives. I figured that we already had that freedom, ipso facto, by dint of being queer. Isadora Wing, the fictional protagonist loosely based on Jong, is, like her creator, something of a good girl. A cosmopolitan, educated, upper middle-class heterosexual Jewish white woman with a passion for language. Bourgeois, intellectual, and married to a psychoanalyst. I figured that I was much more sexually liberated than Isadora Wing. I could sleep with whoever I wanted to. I hadn’t ransomed my early 20s to an increasingly unhappy marriage. She reminded me of the girls I went to college with; determined, entitled. I didn’t have a tremendous amount of sympathy for her. 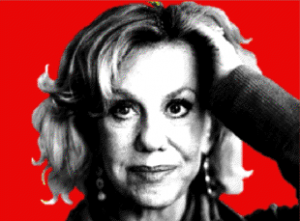 Still, I was struck by what the zipless fuck seemed to signify in terms of power dynamics. I transposed the equality between the sexes that Jong imagined onto a queer fantasy world that was free of dominance, submission, power trips, humiliation. We may have promiscuity, but we don’t have zipless fucks, at least in the way she imagines it. Gay sex seemed to me to be fraught with people out to prove something; it seemed like gay men were constantly trying to humiliate each other, engaging in endless power trips. I don’t mean to compare the power-obsessed dynamics of gay cruising to the systematic and historical oppression of women; I’d think of them the hang-ups so many queer men have about topping and bottoming as corollary to sexism, an internalized effect of sexism. Jong’s fantasy of the zipless fuck, the truly egalitarian sexual encounter, I realized, was my fantasy too.

The zipless fuck, the novel that birthed it, and Jong’s work in general have long been incorrectly read simply as emblematic of the sexual revolution. In an interview on CUNY TV’s “One to One” about the book’s 40th anniversary, host Sheryl McCarthy refers to Isadora Wing’s self-evident “extreme” promiscuity. Jong gently corrects her, noting that the book isn’t about sex, so much as fantasy (spoiler alert: Isadora has sex with two people in the novel; one of whom is her husband). The radical feminist legacy of Erica Jong sadly remains both overblown and underestimated. On one hand, she’s not calling for a violent reorganization of society; she’s saying it’s okay to have sexual feelings about someone other than the man you’re married to. On the other hand, the fact that a female writer treats her interior life as worthy of scrutiny, that she writes about her passion on its own terms, not just as a vehicle that leads her to inexorable communion with men, was fantastically galling at the time of the book’s release. Not only to the literary community, but to America at large. She took herself seriously, and it made people furious.

When I read Fear of Flying I was terrified by the possibility that I could be accountable for both my desires and my disappointments. Jong stubbornly insisted that the zipless fuck, “rarer than a unicorn,” was at least hypothetically possible, and that she’d have a right to it. Her insistence was inspiring. I’m interested in the stubborn and sober way Jong’s writing (beyond her debut novel) is about inhabiting and accepting the self as contradictory, about owning and articulating seemingly impossible desires. She described Fear of Flying as being about “the inevitable fear of change. We all hope our lives will have a kind of permanence, and yet in reality life is change.”

I wonder what queer men can learn from Erica Jong. I remember writing her an e-mail fan letter a few years ago, after finishing her book about writing, Seducing the Demon, telling her how much her work meant to me as a writer, while acknowledging that as a gay guy I’m probably not her target audience. She graciously responded that of course I am (responding, I think, to the writer aspect). I wonder lately if anyone’s done Erica Jong as a drag routine. How would that come together? What song would an Erica Jong drag queen perform? Something from the 70s, something flowery and poetic. Maybe Carole King, or Melanie. Shamefully, I realize that of course someone has done Erica Jong drag: Kathy Acker. Beyond that—and what, I think, aroused Acker’s spite—is that Jong did Erica Jong drag herself, using Isadora Wing as a way to get at the deeper truths about herself. Acker used Erica Jong as an excuse to vent rage, to mock so-called contradictions and hypocrisy. Jong used Isadora Wing to discover, accept, celebrate and empower the contradictions inherent in any human personality. She saw the potential of fully inhabiting the multifaceted self (the self in the throes of passion, the self in flux, the constantly-changing self), as a tool to refine, and articulate her fantasies, in order to live more fully and more closely alongside them.