In his stunning new book, White Girls, New Yorker contributor and author Hilton Als plays the role of a modern day Alexis de Tocqueville by offering a singular and incisive take on the American cultural psyche. Using all the tools in his literary arsenal, Als’s collection blends fiction, non-fiction, and cultural critique to offer a deeply personal meditation on American literature, art, race, gender, and history.

Als took some time to talk with Lambda about the book’s double-take title, his literary influences, and the wisdom of Richard Pryor.

Can we begin by discussing how this particular project came together, especially under this title?

I think for years I avoided the idea of a collection of essays. I had been working on a project for a while and in between trying to make a living and avoiding that essay collection the title came to me. The title came to me because years ago, when I worked in fashion, they would always refer to black models as the “black girl.” They would never say “white girl,” they would never point to the white model and say “white girl.” So in thinking about it, I wanted to know what a “white girl” was in my head. I wanted to write about what that means not only in terms of society but what it means in terms of identification with men of color. So there was the title first, and then when the title came, I was able to really kind of narrow it down. I wanted the book to read as a whole, not as a collection. It was really important to me that it read deep thematically, so unified you would just think of it as a book and not a collection of essays.

The book leaps around between personages. How did it feel to contain all of these different voices in one book? Did you have to work to find them, did you feel yourself becoming them?

I really am writing about other people as they relate to me. I don’t think I’m becoming them. I’m interested in how they became themselves, and how…for instance there’s a fiction in “Triste Tropique” concerning Richard Pryor’s sister who’s not a real character at all. I think this book is a way of moving me toward fiction because there’s a lot of fictional stuff going on here.

You reference a great deal of African-American literary heavyweights. Do you feel this book settles easily into that ferment? What do you think separates your work from the work of those writers referenced herein?

I learned so much from all of those other writers. An incredible amount. I don’t really know what makes it different from those other books except that I wrote it. So that’s always different, they’re different writers.

I’ve gotten a lot of looks and questions from white girls specifically while reading this book in public–on the train, in bars. Why do you think the book rouses the attention of these women? Do you think there’s a shock in seeing someone turn a writerly gaze directly on them?

I think it’s how we might’ve felt looking at someone reading Black Boy on the subway. Why wouldn’t we want to turn that around eventually?

Yeah, but why the title “White Girls”? Were you looking to encapsulate white women in this book?

The Malcom X essay is not really about him, it’s about his mother, and about her being mixed race. And that Richard Pryor essay, that piece begins and ends with white women—Lily Tomlin and then his wife. So the “white girls” in this book are a succession of essays where they are sometimes at the center of essays but always at least marginally featured.

It was really heartening to see your description of a powerful love existing between two black men–one gay and the other straight [a character only referenced by the initials SL] I didn’t realize how unique that experience would be until reading the essay “Triste Tropique.” 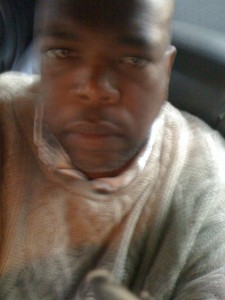 I think it’s just the feeling of connection. One of the things that’s happened recently with gay rights is that people can get married and all of that, but I don’t know how much that’s really going to solve the sense of being outside of things that gay people feel in general. I just think that gay marriage, outside of the Civil Rights which is a great, great thing, it’s not really a Band-Aid on the profound sense of isolation that gay people, particularly gay people of color, can feel. And how much we have to improvise around the gay status quo. When I met SL (and I also want to stress that half of that stuff is fictionalized), he had this great capacity to love and also to be loved, but it’s not without complications, which I also wanted to show. I also wanted to show how two men of color together can be very upsetting to the status quo in general.

White men continue to bedevil a certain type of black gay man, a sentiment that arises here in “Triste Tropique.” Were you aware of that bedevilment when exploring your relationship to K—a gay white man you seemingly fall for in that piece?

He’s very sexy for all the reasons that I say, and then in general I think people are attracted to what they are not, unless they’re really deep narcissists. But I think the history of this country is so fucked up about that, we’re still thinking about it on some level as the forbidden, or that it’s inappropriate. I never understood that. Something like Another Country, on some deep level doesn’t make sense to me because it’s all about [that].

Curious you mention Another Country. I was going to say that book also seems very much on your mind in this book.

I don’t like [Baldwin’s] novels very much. Giovanni’s Room has grown on me.

Really? What were you feelings on Another Country?

It was like meh. But I’m going to go back. Maybe I was just being snotty. I just felt more immediately in touch with his essays.

I wondered if you were aiming to mimic Gertrude Stein’s curious style in the writing of this book.

I love her, but I love lots of people’s writing. I love Proust, I think that these are writers that I’m drawn to, I think they’re telling a story and they’re also telling the story of their language at the same time.

You’ve mentioned elsewhere that you were working on a project that would locate Richard Pryor and James Baldwin in the same room in a fictional work, before abandoning that project. Why do you think they didn’t work out sharing the same stage?

Those egos, they can’t be within the same book. Are you crazy? You can’t have two stars be married. You just can’t. It never works.

Baldwin doesn’t receive the same treatment as other subjects in the book, but he does make repeat appearances. Describe your relationship to his work.

I think if you’re anywhere near interested in language, and you have a similar background, you’re going to go after those writers. His background was not unfamiliar to me, and his language was not unfamiliar to me. I think that most black gay man have internalized his significance, and it makes one feel less isolated. He becomes the “we” that I’m looking for in the book.

The Richard Pryor sections were also uniquely rich. What led you to his work?

It goes back to language. Someone who’s able to tell stories and be so philosophical at the same time, while doing it as a live act. That’s pretty amazing.

You also create a memorable character by fictionalizing the voice of a sister of Pryor’s. What were the aims behind attempting such a character?

I think she was able to express a lot of anger about the ways in which black women feel marginalized. I think she is a great voice in terms of fame. She says,  “You don’t know the horror of fame in America.” She’s the kind of dissenting voice. All those other people are kind of well-known and she’s this unknown person talking about what it feels like to be related to fame. Related, but not familiar with fame itself. I think she expresses some of the anger that some black women feel about white girls and about the privilege Richard would extend to a white girl.

Which leaves traces of bitterness in her voice, no?

I think she’s kind of hopeful. I really love her as a character. I hope she’s real to people.

The Michael Jackson piece from the NYRB was superb. I wondered if you could share the aegis of that particular essay and also describe why these particular music asides in the book–the MJ piece and the discussion of Eminem.

That came to me because Bob Silvers sent me a drawing and it said, “I have this drawing of Michael Jackson but no words.” His e-mail made me laugh so hard that I was able to write it. I wrote it over about a period of a month in San Francisco. I love San Francisco. I was just kind of subletting an apartment and I wrote that piece there remembering a lot of the ways I had grown up in this bar [Starlite Lounge] that figured in my neighborhood.

The Eminem piece came about because the SL character and I were asked to edit a book of writing about him. And then I wrote the introduction because what was fascinating was his relationship to his mother. It hadn’t really been written about that much–also the kind of immigrants they were in Detroit. That whole section about the history of segregation in Detroit [and how it relates to him as an artist], I thought that that would be a great thing to do, just talk about how artists become artists, without explaining it.

How would you say this book relates to your prior work in The Women?

I think that there were more ideas here. The first one was really so much about grief, losing my mother, and I think this one is much more about starting to go into the world.