Notes on Smut: A Look at Lesbian Literary Erotics

Notes on Smut: A Look at Lesbian Literary Erotics

In 2010 Google Instant began saving us two to five seconds per search. Before that time we were forced to type an entire word, sometimes even a whole phrase, before hitting send. Thankfully search engines now anticipate our needs, often before we’re aware we have them. Unless of course, your needs include looking up anything about lesbians. This is because lesbian, as a search term anyway, more commonly precedes a phrase like “gang bang” than it does “literature.” It may not be fair, but it’s true. It’s not that Google doesn’t want to help you find both pornography and lesbian literature; it just wants you to put in a little extra effort. This keeps mundane searches for “Les Miserable” and “Le Sport Sac” from sending you down a rabbit hole of live webcam pop ups.

You make them work for it, that’s how. This is part of why sex in lesbian literature is often so heavily codified; it adds to the hotness. Maybe you thought suggestive conversation and heavy subtext were relics of sexual repression from which feminism’s third wave liberated us? No, turns out, all those signifiers still have a job to do: turn lesbians on while the rest of the world is flipping through the pages looking for the good parts.

Queer women’s sexual relationships are complicated because dykes eroticize all aspects of connection. Yes, even processing! I always think about the French term jouissance when I’m trying to describe lesbian sex. Jouissance means pleasure, but it also means orgasm. And sometimes it means the type of orgasmic feeling you get from understanding something complex. French theorist Helene Cixious, for instance, talks about jouissance as a transcendent state in which we understand and derive pleasure from everything all at once. That’s what lesbian sex is like, a polymorphous perversity that is equal parts body and brain.  So it makes sense that the hottest texts, the ones that offer the most textual satisfaction, are the ones that you really have to read. Engage me for fifty pages and I’m yours.

With that said, below is a list of the hottest books full of lesbian sex I’ve read lately. It’s a short list, of course, because books are infinite and all you can ever hope to do is read a few at a time. I hope you enjoy them as much as I do. 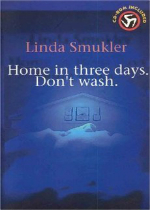 Linda Smuckler is the former name of the poet Samuel Ace. Home in Three Days. Don’t Wash. is one of those texts that everyone talks about all the time. It’s totally famous and if you haven’t read it you should do so immediately. This is pure, perfect lesbian sex; a description of butch desire that reminds me of every love affair I’ve ever been consumed by. It’s almost painful to read. You know the point in an affair when even a fleeting thought about your lover makes you need to lie down? The feeling of wanting someone so much you’ll forgo food and sleep and risk losing your job to stay another hour in bed; that’s what Linda Smukler has captured in this text.

Testo Junkie: Sex, Drugs, and Biopolitics in the Pharmacopornographic Era by Beatriz Preciado

Testo Junkie is a mix of high theory and smutty narrative. Beatriz Preciado chronicles the effects of her experimental testosterone use while theorizing about sex and gender in our pharmaceutical-happy modern world. According to Preciado, drugs have rendered all human experience consumable. Moods are induced with Prozac, desire, with Viagra, and gender with hormones. Gender no longer has meaning, and is only relevant in the way it makes sex hotter. Her theories, like the testosterone she describes taking, are intoxicating; the graphic sex scenes are a bonus. 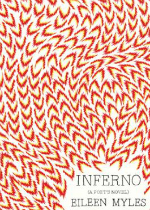 Eileen Myles’s prose reads like a post-coital conversation, like the way you talk to someone when the walls are down and you just want to crawl inside each other. This is fiction that reads like memoir, the story loosely follows the details of Myles’s life—childhood in working class Boston, moving to New York in the seventies, becoming a poet and lesbian. It is weird, smart, sexy, and at times very funny, but it’s Myles’s willingness to go there emotionally that makes it all work. All the lesbian intimacy you’ve yet to find on OKCupid can be found in this book.

Diana Cage's most recent books include MindBlowing Sex: A Woman's Guide (Seal, 2012) and the forthcoming Lesbian Sex Bible (Quiver 2014). She lives in Brooklyn and teaches writing at Pratt Institute