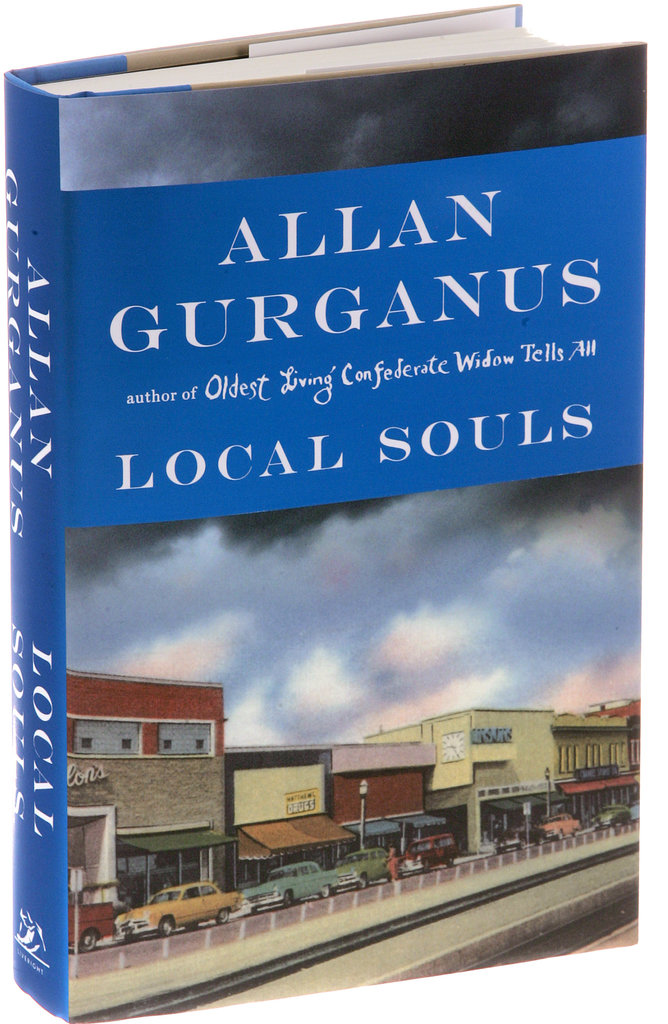 How do you present your readers with Local Souls (Liveright), your first book in a decade, make the first story about incest, the second story about a mother’s death-wish for her daughter, and the third about repressed homosexual desire and, yet somehow, keep it light and downright, knee-slapping funny? How do you manage include some issues du jour (globalism, the environment), and some high art (Greek Drama, the Old Testament) and, perhaps most importantly, how do you do all this and do it well?

If you’re Allan Gurganus, you do it pretty much the same way you’ve been doing since 1989 when you published the hugely successful Oldest Living Confederate Widow Tell All. First, you set your stories in the South, the very same place you’ve set other books, and a place which is, at least in the pages of American literature, no stranger to incest, to filicide, and to the repressed desires of every sexual orientation. Next you fill each of these long short stories/novellas with quirky characters. More than often these quirky characters are middle class white women smack in the middle of quirky, Almodóvar-like dilemmas—women on the verge of a nervous breakdown who nevertheless manage to win us over with their smarts and their perseverance.

In “Fear Not,” for instance, the central character is a beautiful white teenager who looses her father in a gruesome boating accident. When the teenager’s mother takes to her room in grief, the scene is set for the beautiful grieving teenager to turn to her father’s best friend—the very same man who was driving the boat that accidentally chopped her father’s head off. Her decapitated father’s best friend is, after all, grieving too. He loved his fatally mutilated friend and it is even rumored that the teen’s father and this friend once had the hots for each other. Eventually, the grieving teenager and the grieving best friend have sex in, yes, a car. And though we’re in Bush-era South, the teen is sent off to “a home” where her newborn is whisked away while she’s still recovering from childbirth. She spends a lot of time missing the child, wondering what sex it is.

Luckily, she becomes a beautiful college-educated woman who marries a beautiful college educated man who becomes a doctor. And though she now has the ennui of being a trophy wife to deal with, of living in a house “so big, it always sounded empty,” she at least has her quirks, her deep feelings and her smarts to help her through. One of her many quirks is that she has premonitions. In fact, one day, she has a vision that her lost child is a beautiful adolescent boy and, lo and behold, it turns out to be as true! The boy shows up at her door and she promptly leaves her beautiful white husband for her own beautiful white child by another man. Whew.

Sounds fantastical, doesn’t it? Sounds like a story filled with the kind of fabulism that makes some people think John Irving and The World According to Garp are not quite high art. But never mind all that. By this point in the story you, the reader, are on the heroine’s side. Your just go with it. And with your smart and beloved author describing the boy as “Roman”-looking, writing that “he arrived today, like Venus, born adult,” and topping it all off with “Her father’s death had stained lake water twenty feet around. But, from those dark currents, this clear child ascended […]” Well, why wouldn’t you go along with it? It makes you feel smart and it gets you ready for one of the author’s penultimate clenchers: “Same events that overwhelm Greek drama live on side streets paying taxes in our small town.”

Even Gurganus’s use of language remains as quirky and clipped as it’s ever been, more than often dispensing with pesky articles and making snazzy verbs out of snazzy nouns—“paddleboating,” say, out of paddleboat—and using lots and lots of paddleboating compound words. The thing is that, unlike, Woody Allen between movies, Gurganus takes his time between books and we have to guess that that is how he always delivers airtight stories told in language as distinctive as you’ll ever want. And if Gurganus and his always good-in-the-end characters haven’t yet gone to places as dark as the humorist Mark Twain’s characters eventually went, hey, give him time. Gurganus is still only 66. Twain lived to be 75.

'Suffered From The Night: Queering Stoker’s Dracula' Edited by Steve Berman
'Black Dove: Mama, Mi'jo, and Me' by Ana Castillo
'Are You Here For What I’m Here For?' by Brian Booker