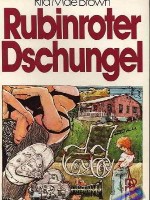 Autostraddle tracks the evolution of twelve queer book covers by women writers, both in the states and overseas, over several decades. Books on the list include: Rita Mae Brown’s Rubyfruit Jungle, Alice Walker’s The Color Purple, Leslie Feinberg’s Stone Butch Blues, and Audre Lorde’s Sister Outsider—among many others. Check it out here.

Last week former NBA player, Jason Collins, came out as gay in a Sports Illustrator cover story, making “history and [opening] doors for the next generation of athletes, but also for himself.” Collins’ eloquently written essay has sparked much attention among publishers and buzz is a potential book deal could be in the near future.

“This was, to some extent, preplanned,” said Jason Pinter, a best-selling author and publishing insider, who works as the senior marketing manager for Grove/Atlantic and Mysterious Press. Although Pinter has no direct knowledge of Collins’s dealings, he inferred, “He didn’t wake up this morning and tweet it out. It wasn’t a decision made without any ancillary benefits in mind. He’s aware of the fact that he might not get re-signed. He’s certainly setting himself up to be a great member of the community. This could give him a bit of a post-NBA career. And a noble one.”

According to Collins, however, his timing was motivated solely by his loyalty to his team members. “I’ve never sought the spotlight,” Collins wrote in his essay. “Though I’m coming out to the world, I intend to guard my privacy.” Read more here.

Exclusive Interview With Maya Angelou on Her New Book, Mom & Me & Mom

With Mother’s Day just around the corner, renowned poet and writer Maya Angelou discusses her latest book Mom & Me & Mom in an exclusive interview with Marianne Schnall of the HuffingtonPost. Angelou’s book, released by Random House last week, “shares the story of the most influential and complicated relationship of her life – with her indomitable mother Vivian Baxter.”

Well, I hope that they would take away the idea that the parents can be on the side of their children. Please – be their supporters, be their protectors and let them know that. That doesn’t mean that you indulge and condone mismanagement and bad action – but you can say, “I’m on your side. Now, this is not acceptable. And the reason it’s not acceptable is that you might get hurt in the management of the interaction. But I’m on your side – I want you to do well. I love you. That doesn’t mean I indulge you – I have sentimentality and it means I really love you and I want you to live a good life.”