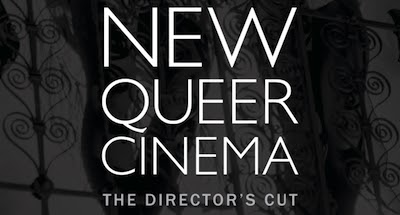 ‘New Queer Cinema: The Director’s Cut’ by B. Ruby Rich

‘New Queer Cinema: The Director’s Cut’ by B. Ruby Rich 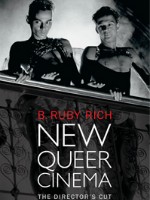 When B. Ruby Rich coined the term “New Queer Cinema” in 1992, she was referring to an exciting moment in film when a wave of young queer filmmakers like Gus Van Sant, Isaac Julien, and Todd Haynes burst onto the film festival circuit with gritty, experimental films like My Own Private Idaho, Looking for Langston, and Poison that unflinchingly portrayed the provocative and uncomfortable realities of queer identity and existence. As Rich herself describes the movement:

“Emanating from a (mostly) new generation, the NQC embodied an evolution in thinking. It reinterpreted the link between the personal and the political envisioned by feminism, restaged the defiant activism pioneered at Stonewall, and recoded aesthetics to link the independent feature movement with the avant-garde and start afresh.”

Two decades later, Rich’s “Director’s Cut” revisits New Queer Cinema and the evolution of lgbt film through the turn of the century. Where Vito Russo’s work ends in The Celluloid Closet, B. Ruby Rich’s New Queer Cinema: The Director’s Cut takes up the mantle to document the last few decades of cinema when film itself came out of the closet.

Composed as a collection of essays, the book proves valuable as a resource on queer film history. Along with new essays that weigh in on the comprehensive history of the movement, argue for the international inclusion of Latin American, European, and Asian films, and forecast the future of queer fim, Rich also includes articles published decades ago that capture the political controversies and audience reactions to NQC as they happened. We get both the hindsight of 20/20 and the radical zeitgeist of the moment preserved as it was. Thus, Rich’s book is also a history of the past three decades queer culture and activism as it was projected on screen and debated among the audience. Rich takes us through “the arrival of AIDS, Reagan, camcorders, cheap rent, and the emergence of ‘queer’ as a concept and a community” that informed the politics of NQC. Along the way, Rich details the battles over the media representation of lgbt identity waged at the film festival circuit, from the censorship of external foes like Jesse Helms and the Moral Majority who branded NEA fellows like Haynes government-subsidized pornographers to the internal controversies dealing with stereotypes and queer narrative tropes: murderous lesbians, the man living with AIDS as “victim”, and images of cruising, drug abuse, and violence that many thought damaged the cause of lgbt rights.

Because Rich is as much a film critic as she is a film scholar, New Queer Cinema is inflected with her personal opinions and tastes in way that enlivens the book where academic tomes often remain dry and tedious in their intellectual detachment. Rich dedicates an entire chapter on “What’s a Good Gay Film?” with High Art and Happy Together as examples of the necessity of taboo-breaking, and in another chapter, she weighs in with her disappointment over the commercial turn in queer cinema during the mid 90s: “I was troubled by a pronounced audience tendency: the desire for something predictable and familiar up there on screen, a sort of Classic Coke for the queer generation, not the boundary-busting work that I cared about and wanted to proliferate.” Yet, Rich is also fair to the mainstream desire for “cheesecake gay male romances” and “chocolate-box lesbian confections”, after all, “why shouldn’t queer audiences be entitled to the same date-night mediocrity that heterosexuals can buy every Saturday at the multiplex?”

Rich’s fairness toward mainstream sensibilities despite her taste for the avant-garde frames her critique and defense of queer cinema’s evolution toward mainstream popularity. In less than two decades, Lisa Cholodenko and Gus Van Sant went from countercultural luminaries to Academy Awards darlings with The Kids Are All Right and Milk while Boys Don’t Cry and Brokeback Mountain went home with Oscars. Rich’s insightful analysis of these films charts the origins of their messages in the fearlessly transgressive aesthetics and politics of NQC’s beginnings, but she also balances her praise with concern for how big Hollywood studio funding of queer cinema and engagement with a contemporary lgbt rights movement more interested in securing equality through assimilation than challenging the oppressive status quo may hamper the creative freedom of these and future queer films.

Ultimately, Rich entreats queer cinema, and by extension the queer community as a whole, to return to its transgressive roots: “I think it’s time for queer publics to broaden their vision once again, not shut it down for legal status, gender definition, or genre formula. The creativity of queer communities ensures that anything happening right now is ‘just a stage’ and that, far from returning to earlier iterations as the phrase used to suggest, instead will continually lead to new beginnings across ever-erased, ever-reconstructed boundaries.” For young lgbt people like myself who grew up watching the aforementioned “cheesecake gay romances” on the IFC and Sundance channels after their parents went to bed, Rich’s book is both a portal into previous time of queer imagination and a history lesson on how the politics of an era resulted in the cinematic portrayal of the lgbt world as we see it now. New Queer Cinema is a living history. While praising and encouraging seasoned veterans of the community to keep up the fight, she ends her book with optimism, “awaiting with anticipation the generation just coming of age at home” and inviting them to “pick up your image-making device and claim your place.”