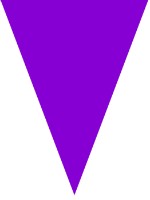 The 25th annual Triangle Awards, celebrating the best gay and lesbian fiction, nonfiction, and poetry of 2012, will take place at the Tishman Auditorium of the New School (66 West 12 Street, NY, NY) on April 25th at 7 p.m. The awards will be free and open to the public, including a reception to follow.

The Publishing Triangle, the association of lesbians and gay men in publishing, began honoring a gay or lesbian writer for his or her body of work a few months after the organization was founded in 1989, and has now partnered with the Ferro-Grumley Literary Awards to present an impressive array of awards each spring.

A congratulations goes out to all of this year’s finalists, as well as historian and activist John D’Emilio, recipient of the 2013 Bill Whitehead Lifetime Achievement Award, and NEA Director of Literature Ira Silverberg, winner of the Publishing Triangle’s Leadership Award.

A congratulations is also in order for poet Naomi Replansky, winner of the 2013 Williams Carlos Williams Award from the Poets Society of America.

Replansky, born in 1918, is a New York based author of four books of poetry, including Ring Song (1952), a nominee for the National Book Award, and her more recently released Collected Poems. In addition, she is known for her translations of German poet Bertolt Brecht and Yiddish poet Itzik Manger, among others. Poet B.H. Fairchild reflects on Replansky’s work:

…Replansky has become the master of a Blakean music radically unfashionable in its devotion to song-like meters and the reality and politics of working-class experience. For those of us who came upon her poems half a century ago, the appearance of Replansky’s Collected Poems is cause for celebration and, as an expression of deep gratitude and woefully belated recognition, the conferring of the William Carlos Williams Award.

Read “About Not Writing”, a poem by Naomi Replansky, and learn more about the award here.

Founded in 2011 by YA authors Malindo Lo and Cindy Pon, the recently relaunched Diversity YA recognizes young adult books “about all kinds of diversity, from race to sexual orientation to gender identity and disability.” Their tumblr includes author interviews, discussions, book lists, and new releases.

And while we’re on the topic of awards, Diversity YA just released the finalists for their first New Visions Award, “a new writing award for a debut author of color for a middle grade or young adult science fiction, fantasy, or mystery novel.” Finalists include: Rahul Kanakia and Akwaeke Zara Emezi. [Autostraddle]

There has been much controversy in the writing community over the results of last week’s VIDA count, tracking the representation of women authors in literary publishing. In the words of Flavorwire, “another reminder of the gender prejudices that seem to be system to literary-minded magazines and journals.”

Though the majority of publications showed great neglect of female writer’s work, there was a short list of houses that made good numbers (Tin House, Granta and Boston Review). Flavorwire interviewed Tin House’s Rob Spillman and Granta’s John Freeman about their success in equaling out the byline gender gap.

We get so bogged down in these numbers that we forget that diversity isn’t just about numbers. It is about diversity of thought and one of the best ways to include a diversity of thought is by sharing perspectives from a diverse group of people who will, by virtue of who they are and how they move through the world, have interesting things to say. It’s simplistic to say this is simply about men and women. It’s about so much more.

We Need Your Help

In order to continue providing the  most comprehensive LGBT literary site on the planet, we at the Lambda Literary Foundation depend on contributions from donors such as you. Your donations alone make it possible for us to offer the very best coverage of LGBT literature, and we are asking for your support in this effort by making a Tax-Deductible Donation today.

'Dreadful: The Short Life and Gay Times of John Horne Burns' by David Margolick
'Army of Lovers: A Community History of Will Munro' by Sarah Liss
'JD' by Mark Merlis