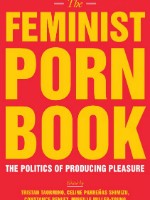 How ‘50 Shades of Gay’ Became an Overnight E-Bestseller

Don Weise, founder of Magnus book, which recently announced a joint venture with e-book publisher Riverdale Avenue Books, talks to Publisher’s Weekly about their overnight sensation Fifty Shades of Gay by writer/actor Jeffery Self and how it became a bestseller via the internet.

It’s been just a few days since the book was published so it’s still early to really weigh in on the book’s reception. But the most surprising thing of course is that a book could go from edits one weekend to the bestseller list by the next. I’ve not seen speed like this in the book world and I imagine most other industry veterans haven’t either.

Rob Spittall, owner of the Comic Book Shoppe in Ottawa and Nepean, ON, supports the LGBT fight for equality by pulling the work of Orson Scott Card off the shelves in both his stores. Customers have been advised to place special orders for the new Adventures of Superman comic by March 15 if they wish to receive a copy, though Spittall has been encouraging them to boycott the book as well.

I am doing something right…I mean, I’m in a world of superheroes. It’s the superhero’s job to stand up and fight for what we believe in. And by me taking this standpoint, it’s sort of following through with my business practices and what I sell.

Though some customers disagree with Spittall’s decision and accuse him of censorship, others have shown an overwhelming amount of support. According to CBC News, this is not the first time Spittall has taken a stand against an author in support of a larger community: “Spittal said he hasn’t stocked anything by writer Dave Sim for years because of the author’s anti-feminist views.” [CBCNews]