“Murder is the complete annihilation of another person. Not to be simplistic or flip, but it’s the ultimate way of saying ‘I want to be alone!’—the complete opposite of any relationship between people—hatred, love, whatever”

David McConnell is a New Yorker with two novels under his belt. His new book, American Honor Killings: Desire and Rage Among Men (Akashic Books), ostensibly about men who kill gay men, contains insight after insight into the cult(ure) of masculine identity. Successful nonfiction books are an accumulation of research, experience, intellect, and intuition. When it came to talking about American Honor Killings, I wanted to somehow engage the author beyond the typical what-inspired-you-what’s-next interview, so I asked David if I could look at his bookshelves and throw some of the titles at him, to see if I could trace the chain of influence, illuminating some of the literary linkage behind this astounding text.

So Petronius’ The Satyricon is nestled right next to Luc Sante’s Low Life. I made the book lover’s mistake of buying such a flawless first edition of Low Life that I won’t touch it, so I’ve never read it. 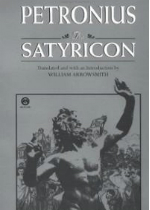 Yeah, I’m not a bilbliophile. I treat my books pretty roughly, so it’s best to go paperback. Sante’s book was incredibly important to me because after reading it I really understood you could be intellectually respectable and at the same time indulge a driving fascination with brutes, losers, and jerks. They’re a big part of everyone’s life but the antithesis of what I grew up with and aspired to be—the opposite of everything “literary.” Next to it is my college edition of Petronius. That book galvanized me in a different way. It was gay without being “gay,” and sexual and modern without any Judeo-Christian baggage. Because it may be the most vivid vernacular glimpse of the ancient world, it was something like an alternate reality for me. Also, the seediness and the frauds and the phonies made it feel strangely American. I think one of Fitzgerald’s alternate titles for The Great Gatsby was “A Modern Trimalchio.”

And right behind Satiricon is The Narcissistic and Bordline Disorders….

Apparently Masterson was an authority on borderline personalities. His are some of the few psychiatric books I’ve read. And though the guys I write about in American Honor Killings are much more screwed up than the people Masterson writes about—and screwed up in different ways, often frankly psychopathic—his books oriented me to a certain psychiatric way of thinking about things. Plus I loved the “case study” format he uses, which lawyers use as well. It’s a very pure form of narrative writing. The reason I have Masterson’s books at all is an intimate one. I saw a psychiatrist for ages, and early on I kept insisting on a diagnosis and asking how I could examine myself in the most scientific way possible. My psychiatrist recommended reading Masterson. This isn’t important because I don’t figure in my own book very much, but American Honor Killings is non-fiction and everything in it is filtered through my relationships with and understanding of the killers involved. Much as I hate to admit it, there was a kinship.

Was there an incident or persona that you wrote about that captivated you more than any others?

I write about this in the book. I had a very disturbing experience. I can’t describe it any other way except to say I particularly hit it off with one of the killers, Darrell Madden. I identified with his victim as well, but the natural liking I felt for Madden really surprised me. I’m sure it didn’t make me soft peddle any of the truly horrific things he did. In fact, it was liking him despite a clear-eyed awareness of what this person was about that I found so unnerving. Plus there was the spooky coincidence that he shares a first name and a birthday with the guy I’ve lived with for over ten years.

How men and boys make tribes, how their interaction certifies masculinity, is a part of American Honor Killings, so seeing books like Evan Wright’s Hella Nation and Harnett Thomas Kane’s Gentlemen, Swords and Pistols, I wonder about the role of violence. 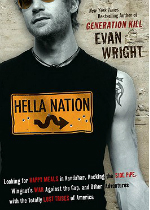 Wright’s book is one of surprisingly few about the contemporary American underclass, the same world I write about, though there’s nothing particularly gay about his take on young men and violence. Nor is the other book, quaint tales about dueling given to me by a southern friend, at all gay. Violence of all kinds, wild or ultra-formalized, was one of the strangest things to deal with in American Honor Killings. It was never a big part of my life except in a sort of theoretical and aesthetic way. I’m no longer an eager reader of gruesome things. And I’ve grown out of the fantasy violence of extreme horror or slasher movies. Frankly, that stuff upsets me now. I guess I’ve become acquainted with the reality. Someone like Dennis Cooper is one of the few people who manages to wrestle completely unreal violence into art—like Seneca or Jacobean Drama. I tried that in a florid, non-Cooper-like way with my novel The Silver Hearted. But this time I was dealing with the real thing. I felt I had to be totally honest without a hint of the gory delight we’ve seen in the arts recently. I realized real violence is a different thing entirely and actually surprisingly hard to capture. There’s the horror of blood and guts and surprise and then the sublime horror of life and death, which as often as not just involves a subtle pop-pop-pop of a gun and someone keeling over as if they tripped on the curb. Nothing outwardly dramatic.

Why did you decide to write about murder?

Murder is the complete annihilation of another person. Not to be simplistic or flip, but it’s the ultimate way of saying “I want to be alone!”—the complete opposite of any relationship between people—hatred, love, whatever. I’ve often felt a loner’s alarm about other people. They can seem terrifying, uncontrollable. In murder and murderers, I saw a worldly projection of a solitude so heinous it got through even my thick head. It was instructive to me. A terrible warning maybe.

What did you learn, putting this book together, what surprised you, maybe about yourself rather than the material?

I was surprised by how cold I can be, and I wasn’t entirely happy about it. Ordinarily I’m kind of a nervous nelly. “Did I turn the burner off on the stove? I’d better write down that confirmation number.” With people I can be fawning, flattering, fall all over my words or suck up for no particular reason. But I’d go into prison for an interview for this book and feel bizarrely at ease, comfortable talking to the most degraded men. It was backwards.

One of the things that makes a non-fiction book compelling is the ability to tell a story, rather than just list facts, so I think it’s interesting to see some of the fiction on your shelves. Dennis Cooper’s Closer is right there next to Jean Genet’s The Thief’s Journal.

Yeah, both belong to the “dark” tradition in literature, I guess. I often find “full dress” novels a little absurd, almost in the way fifties abstractionists were irritated by paintings’ illusionistic tradition. To them it was just paint on a flat canvas. So I like either extremely artificial writing—wonderful sentences—or an incredibly urgent reality—something you’ve never heard about, never seen before. If you’re extremely lucky you get both. It doesn’t seem to have anything to do with our categories of fiction and non-fiction. 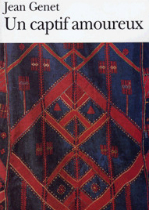 When did you first encounter Genet?

I prudishly dismissed him in college and only read him after I dropped out and moved to Paris. Actually Genet’s French is pretty difficult, so I could only really read him after I’d been there a few years. I happened to meet an Algerian boyfriend of his at the baths. It seemed all these things came together and conspired to get me to pay attention. Later on, around the time his last, great book Un Captif Amoureux came out, Edmund White was living on Isle St. Louis and working on his Genet biography. Anyone who knows Edmund has been called over late at night or even rung up on the phone to hear him read from whatever he’s just been working on. He used to call up and read to me from the Genet biography. I remember listening to it in a phone booth in the basement of a café near Beaubourg and back at his apartment after dinner at La Pavillon de la Grande Cascade in the Bois de Boulogne. I found Genet’s combination of filthiness and pretentiousness riveting. He’d discovered a way to speak about our animal nature with an intense aspirational refinement that was completely unlike the weary, WASPy, unsexual refinement I’d grown up with.

Fantastic stuff! Now, I also see some detective fiction on your shelves: Andrea Camilleri’s Rounding the Mark and The Terra-Cotta Dog. Henning Mankell’s One Step Behind. What attracts you to mystery novels? Both authors are European—is that a coincidence or do you find something there that you’re not getting out of American authors? 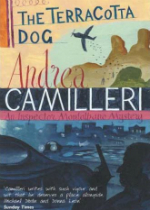 Those are sort of “highbrow” pulp—contemporary versions of Simenon or of the California noir writers. I like those two mostly for their jaded heroes—who have a deeply masculine, loner’s sensibility—and the atmospherics of Sicily and Skane, Sweden. Ultimately, the way mysteries inevitably work out in the end feels to me like a weirdly satisfying letdown. I wouldn’t read them if they didn’t have that expected or automatic resolution, but I always find myself hurrying through the last third of the book with a kind of energized disappointment. My stories in American Honor Killings came to me in an almost artificial form, build-up/murder/discovery/punishment, that kept reminding me of mysteries, even though the arc of these stories was always true. I had to make a big effort to keep the feel of it real all the way through.

What are you reading right now?

In a used bookshop in Key West I found an old edition of London Labour and the London Poor, a kind of oral history of the 1830s-40s London underclass by this crazed, unsuccessful Victorian man of letters. It tells you everything you need to know about guttersnipes and mudlarks. 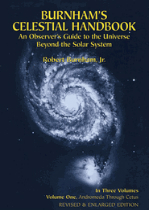 I have a weird love of textbooks—insect physiology, deep sea oceanography. For me it’s kind of like making good on being a dropout. But there’s a textbook-like compendium of astronomical information and lore written by a complete outsider/eccentric that would probably keep me going for a long time. It’s called Burnham’s Celestial Handbook. Either that or The Anatomy of Melancholy which is like a big barrel of balsamic reduction of a book!

What do you hope readers take away from American Honor Killings?

I’d like them to feel they’ve come close to experiencing these terrible events firsthand. I only offer them the stories of what happened. They can have their own reactions and come to their own conclusions. I don’t mean to make any argument at all, really, unless it’s to urge people to look at everything they can directly and humanely.