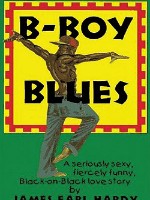 In celebration of Black History month, BuzzFeed LGBT queries a series of queer artists on “what film, play, or book best represents queer black culture” to them and why. The column features writers Natasha Miller, Metta Sama, Ricky Laurentilis, and Lambda’s own William Johnson—among many others—as they discuss works from Paris is Burning to B-Boy Blues.

Check it out here.

While DC Comic’s announcement that the antigay Orson Scott Card was chosen to pen the new Adventures of Superman series still remains a major step backwards in the eyes of many readers, author J.H. Williams III offers up some better news for all those comic book fans who stand for equality. In his recently released Batwoman #17, “DC’s leading lesbian lady” Kate Kane (Batwoman) proposes to her girlfriend Maggie Sawyer.

[J.H. William III] also expressed why the character has come to mean so much to him and fans alike on his personal website on Tuesday. “Batwoman is an important character, and a socially important one that has meaning that extends well beyond the printed pages of the world she lives in, reaching out into ours possibly affecting those who encounter her story.”

Amazon’s Gay Spin on the Kindle

Amazon shows support for the LGBTQ community with their newest Kindle Paperwhite commercial, which ends with a surprising twist when a man and woman reading on the beach are simultaneously joined by their husbands. According to Advocate, “founder Jeff Bezo recently donated $2.5 million to marriage equality in the company’s home state of Washington.” Watch the commercial and learn more here.

Emerging or established, young or old—poets, short story writers, novelist, and memoirist alike can agree: writing is hard. It is hard to choose the right words, to say exactly what you mean, to render your voice through the medium of language. College Humor pokes fun at some writing road bumps with this satirical column, suggesting eight new punctuations to assist the struggling author.