The Banal and the Profane: Christopher Stoddard

The Banal and the Profane: Christopher Stoddard

“Sometimes I fantasize about living a ‘straight’ gay life: monogamous relationship, marriage, pairing my dog with that of a lover’s, buying a home, considering adoption. No more credit cards. No more partying. No more anonymous sex. But the thought is fleeting […]”

This month’s  “Banal and Profane” column comes to us from writer Christopher Stoddard.

Christopher Stoddard is the New York-based author of the book, White, Christian (Spuyten Duyvil/Triton Books, 2010), which Bruce Benderson calls a “fascinating novel that intimately depicts the whirling frenzy of a soul with little insight into itself.” In December 2012, he launched the limited-edition magazine Satanica.

Took a rapid HIV test that I bought at a Duane Reade, not the first one I’d gone to, the second, because at the first one I hadn’t been able to find the OraQuick box on my own, and there had been a couple good-looking guys in line at the pharmacy to pick up or drop off prescriptions, and I hadn’t wanted to ask the pharmacist in front of them. And a couple had been shopping for pregnancy tests—one an effeminate man checking me out, the other his distracted hetero female counterpart—laughing about how the tests were next to the lube and condoms, and I hadn’t found the humor in it, perhaps because I’d been too nervous about my own mission. After buying the test from the second Duane Reade and taking it home, opening the box, I noticed the tester looked almost identical to pregnancy ones: there’s a little stick for specimens—yet in the OraQuick case, it’s for the cells on your gums rather than piss—and a white window at the top of the stick that changes color, revealing your results in about 20 minutes. Over-the-counter rapid HIV tests are like pregnancy tests for gay men, I thought: each is potentially taken after engaging in unprotected sex and the positive results for both are life changing. Granted, a positive result for the latter can often be considered a good thing and getting one from the former is always a major setback. I don’t mean to make light of the subject; while my results were negative, they could‘ve easily been the opposite given my frequently irresponsible sex life. Getting tested may have become a little too easy—but I like the convenience. When I discussed this with a friend, he told me that two well-known porn players who bareback on camera always have their costars take a rapid HIV test just before the director says, “Action!” thereby lessening the chances that one of them is positive. I can’t help but think, now that these tests are available in the cold medicine aisle at all major drugstores, many others will be doing the same thing before indulging in raw play.  After the test: dog walk, gym, shower, disappointing Grindr date.

The anniversary of my brother’s death is on Tuesday, February 19, two weeks from the Tuesday I’m writing about here. I’ve been making the extra effort to stay in touch with my mother this month, as I’ve had for many years.

A friend of mine revealed from her purse branches tipped with fur. Rubbing them with a pointer finger, she told all of us at the Imbolc dinner that pussy willows have already begun to bloom. “Imbolc is like the Pagan new year,” she explained, lighting a joint and passing it my way. We invoked the essences of Venus, Jupiter, Mars and the Sun, visualizing beams of golden light emanating from our heads, blue boxes encapsulating us and red translucent shafts penetrating our bodies while we recited chants, which to me sounded like “sitting room, sitting room, sitting room” and “calamari, calamari, calamari,” among others. We prayed for a beautiful year, one filled with meaningful relationships, infinite creative inspiration and a plethora of professional and personal successes. When the chanting portion of the ritual had ended, I felt a little more optimistic about the rest of what’s to come in 2013, most likely because I was high. We ate lamb burgers for dinner—apparently a newly born lamb symbolizes the end of winter. Afterward, the friend who’d brought the pussy willows had each of us pluck a furry catkin from the branches. Stoned and drunk, I stuffed mine in my wallet as if it were a four-leaf clover, said my goodbyes, rode my bike home, petted my dog, made a number of obsessive compulsive tweaks to a recently completed manuscript, jerked off to the memory of an ex-boyfriend, then fell asleep in a serene state. 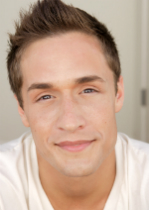 Rode bike around, walked dog, wrote, worked out, ate, put in a few hours of manic reading: Arthur Rimbaud: Complete Works, Rimbaud: A Biography by Graham Robb, Play It As It Lays: A Novel by Joan Didion, Rust and Bone by Craig Davidson, Close to the Knives: A Memoir of Disintegration by David Wojnarowicz and An American Dream by Norman Mailer. Walked dog again. Slept.

Three in the morning: woke up to one text message and two phone calls from a guy I’d met at around 6 a.m. last Friday after getting home from a party following a Ty Segall concert. He’d responded to an ad I’d posted in the “casual encounters” section on Craigslist, had looked good in his pictures, but when I opened the door, he—or should I say, it—wasn’t at all what I’d been expecting, so I said no thanks and sent him on his way. Waking up later in the day to walk my dog, feeling completely obliterated from a hangover, I saw a plastic crate just outside my building below the window that overlooks my bed. I wondered if the guy had been watching me sleeping, and hearing from him again has gotten me a little worried. Sometimes I fantasize about living a “straight” gay life: monogamous relationship, marriage, pairing my dog with that of a lover’s, buying a home, considering adoption. No more credit cards. No more partying.  No more anonymous sex. But the thought is fleeting; I remind myself I’ve made a conscious decision to sacrifice textbook companionship and a safe, organized existence for a hedonistic, contemplative lifestyle, for better or worse.

My favorite novel by Dennis Cooper is My Loose Thread because it’s about brother fuckers, a subject I find quite intriguing, Brother Fucker also being the name of a party thrown by a good friend of mine. Located in the basement of the Pyramid Club, Brother Fucker is the only place in the city with a darkroom, albeit a makeshift one. We tied twine to the pipes close to the ceiling, extending it from one side of the room to the other and from the front of the dance floor to the back, and hung thick plastic tarps on the twine like wet laundry on a clothesline. Shut off the lights, save for a dim red bulb at the DJ booth and one at the bar. Easy darkroom setup—can do it anywhere. Said fuck you to Nemo and let the fun begin. Folks trickled in slowly: young and pretty, cute and creepy, old and okay. There were two actual brothers at the event, one of whom I spent a good 20 minutes flirting with, but I ended up with a different hookup, had trudged through a blizzard to his place for another kind of party. Stayed up till the sun said good morning, and then some.

Hoofed it from my hookup’s unplowed street to a busy avenue, hailed a cab, pretended to play on my phone the whole ride home. Didn’t want to make eye contact with the driver ‘cause then he’d have known what I’d been doing all night. Walked dog.  Me in bed: in and out of consciousness, checking Grindr, playing movies to help me sleep, the sounds waking me up, hunger keeping me from dreaming, forcing a bowl of raisin bran down my throat, chugging orange juice and water, popping ibuprofen for the pain, sleeping. Dog in bed: sleeping too, sitting up when I did, snacking when I did. We’re not much different, I think.  I live my life like an animal: fun, fuck, sleep, eat, fuck, fun.  I’m a dog.