Flavorpill’s 30 Most Anticipated Books of 2013

Flavorpill’s 30 Most Anticipated Books of 2013 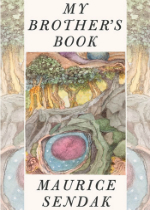 2012 has officially come to an end and with it an abundance of praise for the best books of last year. While those books remain close to our literary-loving hearts, or at least on our must-read lists, it’s time we take a look at the exciting new books that are soon to come. Flavorpill has compiled a list of the 30 most anticipated books of 2013. Look forward to work from authors: David Sedaris, Maurice Sendak, David Shields, Anne Carson, Chimamanda Ngozi Adichie, Neil Gaiman, Khaled Hosseini, and many many more. Find all 30 books here.

The A.V. Club’s 2012 Best-Comics list has hit the web, highlighting some of the most prominent fiction, nonfiction, and graphic collections of last year. Among the many artists are authors Alison Bechdel (Are You My Mother), Derf Backderf (My Friend Dahmer), Tom Gauld (Goliath), and Ed Piskor (Wizzywig: Portrait of A Serial Hacker). Check out the rest of the list here.

The New Yorker’s literary criticism and news column, “Page-Turner,” examines the  “scuffles, controversies, and feisty debates” that have been featured in their weekly round-up over the past year. While a portion of the quarrels poke fun at inattentiveness, some cover matters very relevant to the ever-changing literary world. “The Vatican vs. Sister Margaret Farley” observes the disputes over women’s health and gay marriage which lead to the Vatican’s condemnation of Sister Margaret Farley’s award-winning, pro-LGBT book Just Love: A Framework for Christian Sexual Ethics. Other literary feuds include: “The debate over negative criticism”, “Bret Easton Ellis’s Twitter tirade against D.F.W.”, and “Günter Grass vs. Israel”. [TheNewYorker]

Queer author and stand-up comedian Kelli Dunham shares her inspiring New Year’s resolution in this darkly humorous and honest article that explores the realities of death, art, and personal fear through a reflection on the illness of her deceased partner, Cheryl B. (My Awesome Place, Topside Press). [prettyqueer]