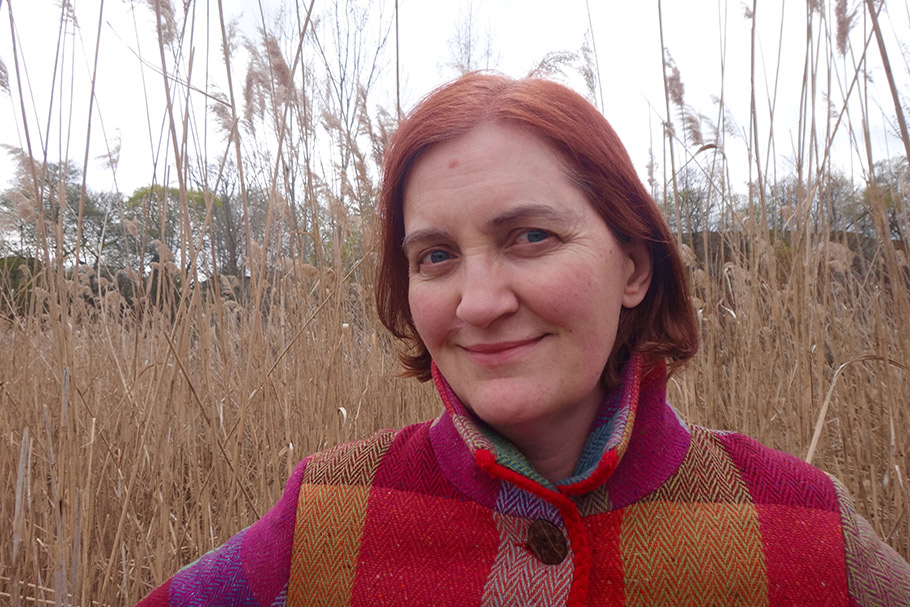 “I like the oddness of historical events; they’re messier and therefore more startling than whatever I would invent.”

Emma Donoghue is an award-winning and best-selling author of seven novels, five short story collections, and three literary history books, as well as two anthologies of literature ranging from the seventeenth to twentieth centuries.

Her most recent book, Astray (Little, Brown and Company), is a stunning collection of short stories that explores the journeys of characters who “cross countless borders”: overseas, on new lands, and even within their own homes. Spanning four centuries and over ten different settings (“from Puritan Massachusetts to antebellum Louisiana”) these stories celebrate the strange, navigate the unfamiliar, and delve into the complexities of gender, race, love, and law—each through its own unique voice.

Donoghue was born in Dublin in 1969 and is an Irish emigrant herself—first leaving for Cambridge to pursue her PhD, and then later settling in London, Ontario with her partner and their two children. This past week, the celebrated author spoke with the Lambda Literary Review about her new collection, her personal writing process, and how her own travel experiences have affected her most recent work.

In the afterword, you discuss your inspiration for each story in Astray. What were the challenges of writing stories inspired by historical events or people?  How did writing this collection compare or contrast to writing fiction not based on a real person/historical event?

I often ask myself why I can’t just make things up.  Meaning that, although I sometimes do it in my contemporary fiction, my historical fictions are always (so far at least) based to a greater or lesser extent on some real event or situation.  Which ties my hands, in a way—especially if it’s a very full set of sources—but it gives me a great boost of inspiration too.  I like the oddness of historical events; they’re messier and therefore more startling than whatever I would invent.  Probably the ideal source for me is a one-liner, like the single sentence from a 1735 newspaper that triggered my story “The Widow’s Cruse”: maximum inspiration, but also maximum room for invention.

You also write that you’ve been working on the stories in Astray, on and off, for a decade and a half. Did you have a sense that you’d be putting together a collection centered on emigration, travel, and displacement from the start?

Yes, from about the second or third story.  I have lots of long-term plans; my career often feels like landscape design or architecture, in that it encompasses a number of projects, some at the right-now stage but others at the castles-in-the-sky stage.  I feel strongly that the short-story collection as a genre has its own pleasures, quite apart from those each individual story offers, so I never publish miscellaneous books of stories: they always have a shape and a theme to them.

Many of the stories in this book explore the relationship between the familiar and the unfamiliar, both geographically and morally. I love that you ask: “If your ethical compass is formed by the place you grow up, which way will its needle swing when you’re far from home?” How do you think travel informs the relationships in these stories?

It’s hard to sum them up, as the people in these stories inhabit such different worlds, but one point worth making is that for some of the characters, the psychic break of emigration is a trauma—I’m thinking of the young mercenary in “The Hunt, ” who is like some eighteenth-century equivalent of a Sudanese child soldier—whereas for others, such as the prostitute emigrating to Canada in “Onward,” it’s a release, a chance to start all over again.

Did you draw on your own experiences moving from Dublin to England, and then later to Canada, when working on this collection?

In subtle ways, yes.  Emigrating—for grad school, and then for love, in the 1990s, to Western English-speaking countries, with lots of cheap flights home for visits—was not a shock to my system in the way these departures generally were before the twentieth century.  But my own journeys did give me an absorbing interest in the ways emigration knocks you off balance and turns you into the outsider.  Which is all to the good, for a writer!

All of the protagonists in Astray have very unique voices, and they are all so different from one another. Were there certain characters that were more challenging to capture than others? If so, what drew you to them and how did you overcome that challenge?

The biggest challenge was the slave who narrates “Last Supper at Brown’s”  I know the story had to be in his voice, to enact his shaking off of the subordinate role, but I was really nervous that I’d get African-American Texan dialect of the 1860s wrong.  I just did as much research as I could, especially using the oral testimonies of former slaves recorded in the Federal Writers project in the 1930s.  And tried to have confidence that the character’s story was exciting enough to push the piece along and not have it read like an exercise in pastiche.

One of my favorite moments takes place in “What Remains,” when Florence, upon discovering that she can’t save her partner from dementia, says, “An enormous tiredness settles on me…I shut my eyes to escape from the sunlight. Each one must go alone down the dark valley. I keep hold of Queenie’s hand, but only because I can’t think of anything else to do.” This struck me because memory often seems to call back an idea of home that no longer exists, or perhaps has never existed, for the characters in these stories. What did the idea of “home” represent to you when writing this collection?

Our childhood home is always gone, by the time we are old enough to have a sense of what our childhood was, because even if you visit the building—as I often do mine, in Dublin, when I visit my mother—it’s all utterly different because you’re an adult now.  Emigrants may experience this more sharply, but it’s true for those who stay in their original country too. When I was writing my novel Room I did a great deal of thinking about this issue, because Jack—having emerged from the locked room in which he’s lived, and enjoying new freedoms while missing the familiar —is just an extreme case of this natural, sad departure from the land of childhood.

What do you think it would take for these characters, or anyone who has felt alone in an unfamiliar place, to gain a sense of home or belonging?

For some people, getting attached to a certain landscape works that magic, but for me it’s all about people: human relationships are the only web that makes me feel secure.

Similar to Room, these stories seem to place a certain trust in the reader, explaining just enough to captivate us and place us in the world of the narrative, but also allowing us to observe and make our own inferences about the characters. How do you balance how much you show versus how much tell when writing? I’m curious to know how you maintain the elements of mystery and surprise in your work.

I think a lot about the reader, while I’m writing – not the demographics, like ‘what age/sex/sexuality are my readers likely to be?’, but the ideal, bright-but-busy reader.  A reader like me, but unfamiliar with the book – well-intentioned and interested, more than willing to work a bit but not be taken for granted. I make notes on what the reader knows/guesses/wonders at each point; where the reader and I are in our mutual dance.

Are you working on any new projects now?

And, lastly—while we’re on the theme of home—I wonder, how do you identify your own personal sense of home? Where is home for you?

The embrace of my beloveds (partner and two children).