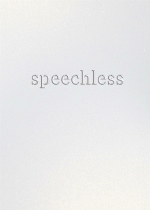 “Keeping secrets isn’t my specialty,” declares 16-year-old Chelsea Knot. Talking about everyone and everything is her specialty—the key to her social status. After all, gossip is how she became best friends with Kristen, one of the most popular girls in school who is about to attend the best New Year’s Eve party ever. When Chelsea arrives at the party with the latest piece of gossip (complete with pictures), she suspects—if all goes according to plan—that she and Brendon, her ultimate crush, will be a couple by midnight.

When Chelsea awakes on New Year’s Day draped around a toilet bowl, she knows something must’ve gone wrong. Scenes of the last night’s party slowly come together: drinking, talking to her mother, drinking, blackmailing someone with her latest piece of gossip, drinking and feeling sick, finding Noah—a nice guy she barely knew—with his boyfriend, telling everyone what she saw, Kristen’s drunken boyfriend following Noah out of the house claiming he was going to “talk” to the fags, drinking, telling Brendon how much she adores him.

Then Kristen informs her that Noah is in the hospital, that he was beaten, that he is in a coma.

Chelsea assures Kristen that she will say nothing. After all, there is one secret Chelsea needs to keep: the lie she told her parents in order to attend the party. She also knows how the events of the previous night came to be. She knows that she is responsible. As Chelsea continues to cement the fragmented pieces of her memory, she recalls a National Geographic article about a monk who has been silent for sixty years, which previously caught her interest. At the time, she wondered how and why anyone would remain speechless for so long. Talking is what defines her. But now Chelsea realizes what she must do—she becomes speechless.

From her first words, Chelsea Knot is easy to dislike, but just as easily identifiable. You’ve probably met her in high school. You might even know her now as that neighbor, co-worker or ex-friend. Author Hannah Harrington brings the concept of the “town gossip” as “social climber” into a 21st century high school setting—Chelsea is the person everyone loves to hate, even when they claim to be her friend. Yet, she is also a victim, so to speak, of modern media. She is her parents’ child, which becomes the foundation for becoming speechless.

The novel tracks Chelsea’s journey as she copes with the consequences of having gossiped, and her realization of the far-reaching reactions her words caused. Although she does not stay “unlikeable,” some readers may still find a certain “distasteful” quality about her. In this way, the author remains true to Chelsea’s character. The timeline of Speechless is extremely short, just over a month, and distinctive from Andersen’s Speak, Harrington’s protagonist initially stays true to who she is: a gossiping, status-seeking, celebrity-adoring teenager. However, she is also developed as a a young adult in the process of maturing. As a character, she is authentic, real, and believable.

Writing a novel from the first person perspective of a character who does not speak poses a number of difficulties. The fiction writer’s mantra of “show, don’t tell” becomes more complex, requiring the development of scenes wherein the action/dialogue is dependent upon secondary characters. The use of internal monologue must be balanced in proportion to the increase in conflicts, obstacles that challenge the characters’ goals and desires, and to the escalation of the ending. Harrington is not totally satisfying. Interactions between secondary characters that are crucial to Chelsea’s transitions are sometimes lackluster and sections of Chelsea’s internal monologue may appear preachy with details of self-revelation more worthy of a psychologist than a teenager. However, none of these issues diminish Speechless as a young adult novel worthy of reading, nor Harrington as a talented author.

Harrington’s inspiration was the Day of Silence: “the Gay, Lesbian and Straight Education Network‘s (GLSEN) annual day of action to protest the bullying and harassment of lesbian, gay, bisexual, and transgender (LGBT) students and their supporters. Students take a day-long vow of silence to symbolically represent the silencing of LGBT students and their supporters” (Wikipedia). Harlequin Teen has partnered with Love is Louder to promote Speechless. The novel includes an excellent list of discussion questions to incorporate into educational programs.

My youngest daughter honored the Day of Silence throughout her four years of high school. The National Day of Silence will be April 19, 2013. While reading Speechless, I was surprised to find myself refraining from speech. I highly recommend this powerful experience for all who read Harrington’s exceptional novel.