The State of the Short Story

The State of the Short Story 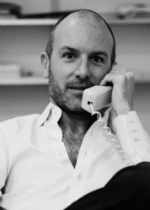 “Over the years I had heard, and half believed, that the short story was in decline, when the plain truth was simply that much of the action was happening out of sight – at any rate, out of my sight because I, and my friends, and my favorite critics, simply hadn’t been paying close enough attention.”

In this recent essay for Publisher’s Weekly, Lorin Stein, editor of the Paris Review, discusses the value of the short story in a novel-driven literary world.

The film adaptation of Jack Kerouac’s legendary novel On the Road is set for release this December. According to the Advocate the buzz “is not about the storytelling, art direction, or faithfulness to the American classic but instead about the gay sex.”

While some critics claim that the film does not fully capture the queer experience beyond a couple of graphic sex scenes, others argue that Keruoac’s novel is “not really a queer work.”

Authors’ Funniest Responses to the Film Adaptations of Their Work

And while we’re on the subject of book-to-film adaptations, here’s an engaging piece on authors’ most comical responses upon viewing their books on the big screen. Quotes included from: Anne Rice, Ursula K. LeGuin, and of course, Bret Easton Ellis—among seven others. Check it out here. [Flavorwire]

The Future of LGBT Journalism

A student at Northwestern University’s Medill School of Journalism talks about the future of LGBT journalism, discussing issues from the upcoming presidential election, to the repeal of ‘don’t ask, don’t tell’, as well as the launch of the Equal Media Project—a journalism site reporting original stories “about how LGBT people live, think and, well, vote.” [Huffington Post]