‘Silhouette of a Sparrow’ by Molly Beth Griffin

‘Silhouette of a Sparrow’ by Molly Beth Griffin 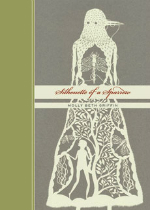 Only after reading this first novel by Griffin does the elegant and beautiful cover art become meaningful, summarizing an entire story in one picture. Within the pages of this intricately constructed story of a pivotal summer in one sixteen year-old girl’s life in the late 1920s, the reader will be encouraged to mull over conflicts, contradictions, and life issues which seem to still exist in the twenty-first century.

A robin red-breast has returned to Minnesota in early March of 1920 and sits outside a window as a baby girl struggles to take her first breath. That breath brings a flush of blood to her face, providing her name, Garnet – Garnet Grace Richardson. Childhood for Garnet is an adventure, as she explores the world with her father. The outdoors is full of wonders and young Garnet develops a deep love for birds. Her father encourages her tomboy behavior, supporting her interests, and enjoying this time with his daughter.

Garnet grieves when her father goes to war and returns shell-shocked. Her adolescence is governed by her mother’s instructions in the “womanly” arts, the necessary skills in preparation for marriage. While Garnet obediently obliges her mother, she manages to find an acceptable way to continue her interest in ornithology; through the Victorian art of creating silhouettes. In fact, she can simply look at a bird and free-handedly cut one out, with the crane-handled scissors and black paper she keeps in her pocket. Garnet labels each outline with the bird’s Latin name, and adorns her bedroom walls with the silhouettes. In this way, she nurtures and maintains childhood memories, emotions, and dreams.

Sent to Excelsior, MN during her sixteenth summer to stay with her father’s cousin, Mrs. Harrington, and her fourteen year-old daughter Hannah, Garnet experiences a new, yet reminiscent, feeling: freedom. After receiving a letter from her best friend who is working at a shop, Garnet craftily sets up the adults in her life to grant her permission to do the same. As an assistant in a hat shop, she is no longer under anyone’s restrictive eye and takes advantage of her independence. Garnet decides to explore, to fly, to find her true self.

When Isabelle Stein enters the hat shop, Garnet sees a Scarlet Tanager, a red-winged bird. The flapper immediately purchases the red cloche hat Garnet selects for her, then invites her to the dance hall. This one invitation seeds Garnet’s new feelings, and she ventures out to “forbidden” places such as the amusement park and the dance hall. And eventually to an emotional place where she falls in love with Isabelle. The subsequent events, climax and resolution are written with the same gentle hand that has caressed the entire novel.

Griffin exhibits considerable expertise in the use of language. Each chapter is named for a bird, and the analogies are appropriate and consistent. Her true gift is in not stressing an analogy, but letting it evolve naturally and reasonably. Congruent to the analogies, Griffin utilizes similes and metaphors, incorporating color masterfully, to create vivid images. The historical time and northern setting emphasize and enhance the plot lines and characterizations.

Perhaps the most interesting aspects of this novel involve the depiction and presentation of  social concepts, such as traditional versus “new-fashioned” womanhood; the role of money, status and societal acceptance; family relations, structure, obligations, and secrets; and how love comes to be and is perceived. A truly engaging question is posed by Garnet: where are the boundaries between one’s true self, one’s obligations, nature, and society? Griffin handles this issue delicately by making suggestions, rather than tenets, exciting readers to think.

Silhouette of a Sparrow is an excellent example of an historical coming-of-age lesbian young adult novel. Written with a deft hand, based in the true history of its setting, and with characterizations that will ring true to any teenager, it is a worthy and enjoyable read for anyone. The writing style is straight-forward so the  plot turns, analogies, and descriptions stand out, adding vibrancy to the story.

Take flight with Garnet by reading and undoubtedly enjoying the telling of her story.

'There Will Be No Miracles Here' by Casey Gerald
'Theodora: Actress, Empress, Whore' by Stella Duffy
'Come Back to Me' by Chris Paynter